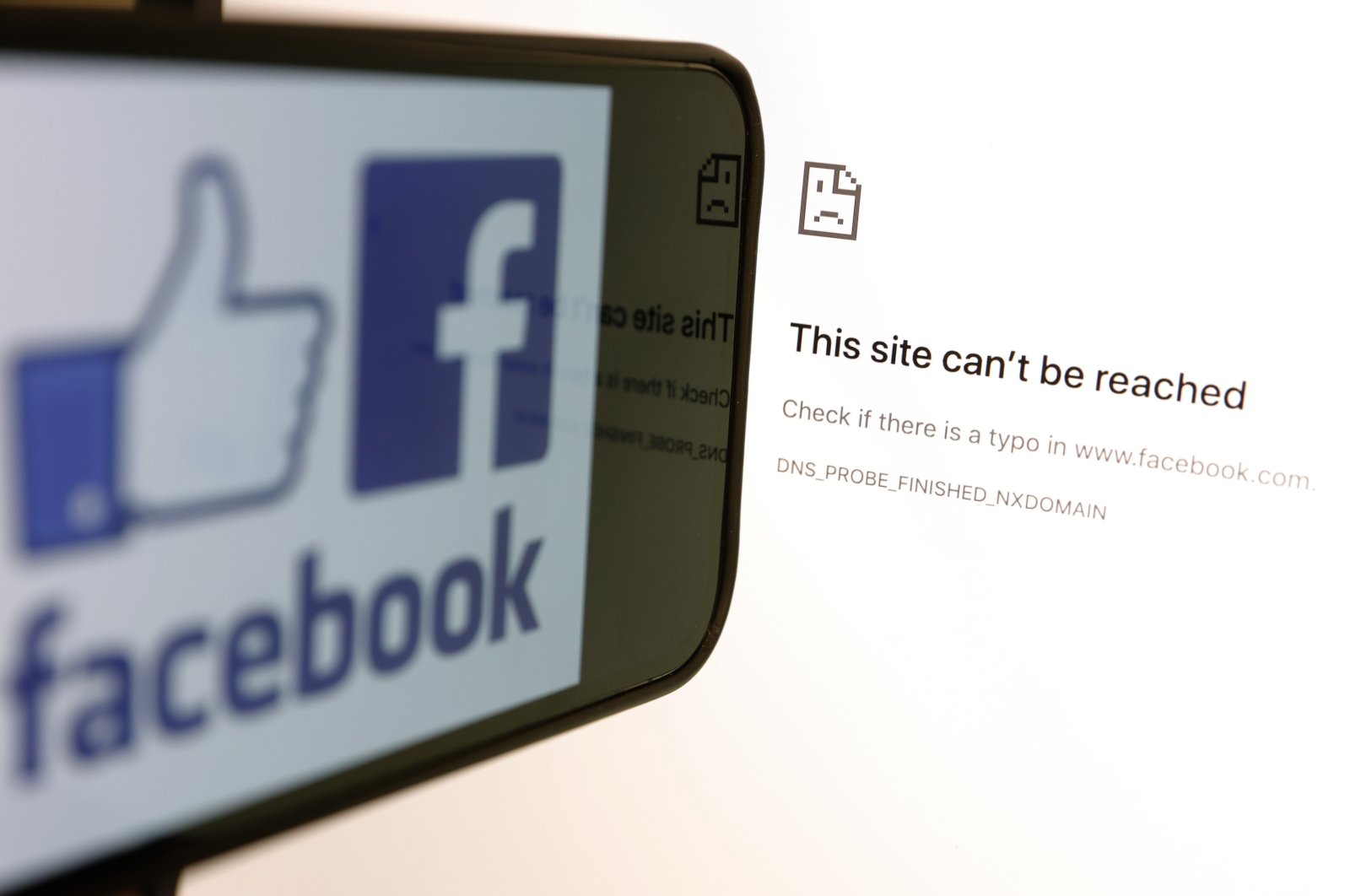 The Facebook logo is displayed next to a screen showing that Facebook service is down on Oct. 4, 2021 in San Anselmo, California. (Photo Illustration by Justin Sullivan/Getty Images)
by Daily Sabah with Agencies
Oct 04, 2021 11:11 pm

Tech shares endured another ugly session Monday amid worries about Washington's unsettled spending, budget debates and lackluster expectations for the upcoming earnings season, as Facebook suffered a 5.4% loss in value due to the ongoing massive outage that also affected Instagram and WhatsApp too.

The tech-rich Nasdaq Composite Index suffered the biggest losses of the major indices, ending down 2.1% at 14,255.48.