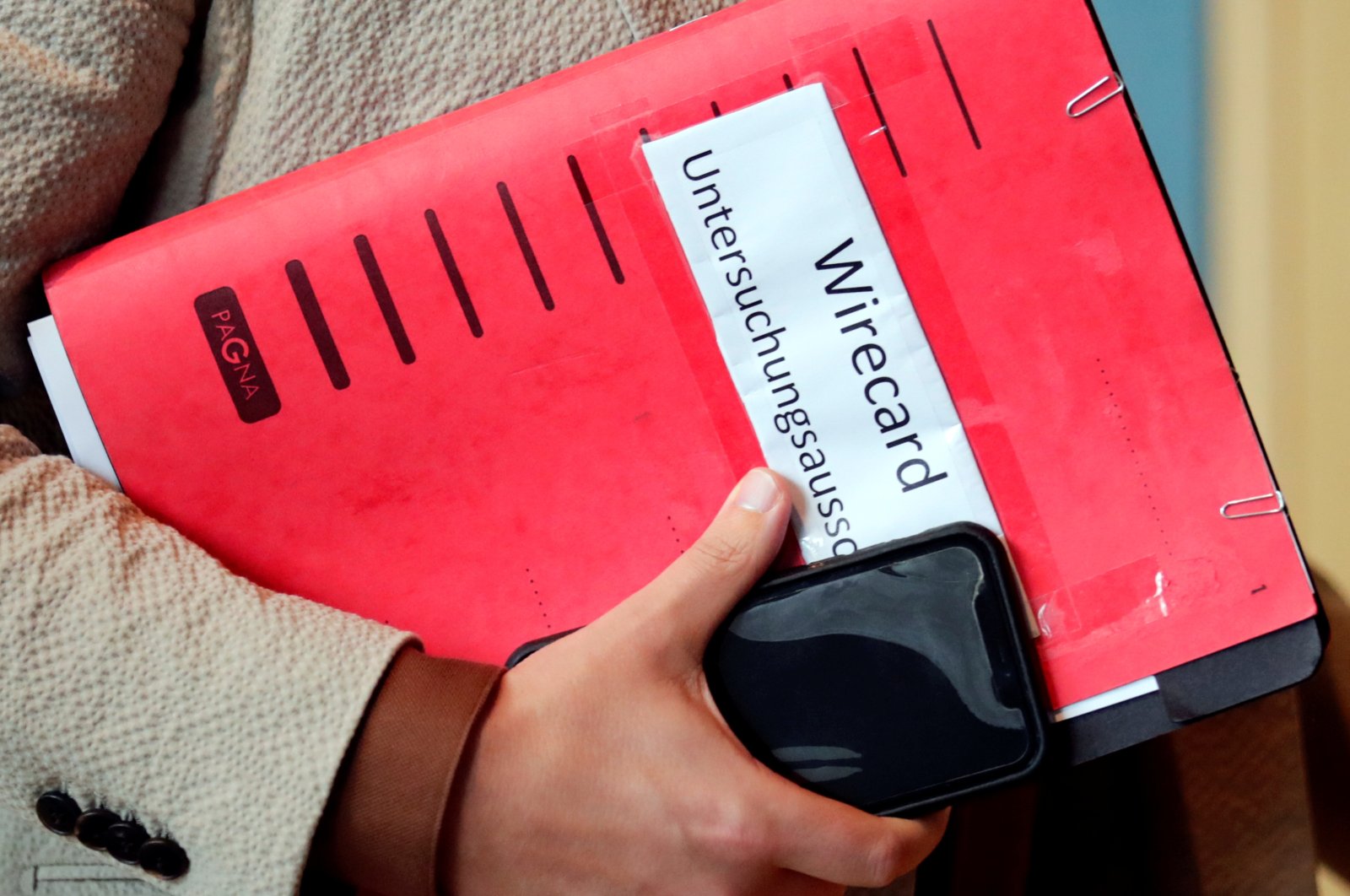 A person carries documents for a session of the investigative committee on the Wirecard accounting scandal, in Berlin, Germany, Oct. 8, 2020. (Reuters Photo)
by German Press Agency - DPA Oct 08, 2020 7:06 pm
RECOMMENDED

Germany's parliament opened a committee of inquiry on Thursday into the collapse of the financial services group Wirecard, with lawmakers calling Chancellor Angela Merkel as a witness to establish when Berlin knew about irregularities at the scandal-hit company.

A one-time star on the German stock market, the now insolvent company said in June 1.9 billion euros ($2.3 billion) was missing from its books, sending shock waves across the nation's corporate and political landscape.

Wirecard's crash also raised questions about the country's system of oversight of financial institutions while threatening to cast a shadow over the global image of corporate Germany.

The nine-member committee elected Kay Gottschalk, a member of the far-right Alternative for Germany (AfD) to head the inquiry into the defunct company, with the Wirecard scandal also threatening the political ambitions of Finance Minister Olaf Scholz.

One of the committee's first steps was to draw up a list of possible witnesses into the operations of the company, which acted as a service provider in the intensely competitive market for cashless payments at cash registers and on the internet.

A member of the Social Democrats (SPD), Scholz, who is set to lead his party's campaign at next year's national elections, has come under fire for being too slow in addressing concerns about the company.

Along with Merkel, Scholz is also to be one of the inquiry's key witnesses as lawmakers attempt to establish when the government became aware of Wirecard's possible irregularities.

Merkel has been drawn into the scandal after she lobbied on behalf of the group during a visit to China, raising the prospects of lawmakers questioning why she took up the company's cause.

In addition, the committee plans to call Economics Minister Peter Altmaier as well as the heads of the nation's financial supervisory authority Bafin and former Wirecard chief executive Markus Braun.

Braun resigned from his post following Wirecard's collapse and has since been arrested, while the company's chief operating officer Jan Marsalek has vanished and is being sought by police.

In launching the parliamentary inquiry, lawmakers want to find out whether the company was handled with kid gloves by the supervisory authorities.

In the wake of the Wirecard scandal, Scholz has unveiled steps for reforming the nation's supervisory system.

Investigations have so far pointed to Wirecard running up losses for years, with the Munich public prosecutor's office believing that the company had reported fictitious profits since 2015.

The concerns are that potentially more than 3 billion euros could have been lost by the company.