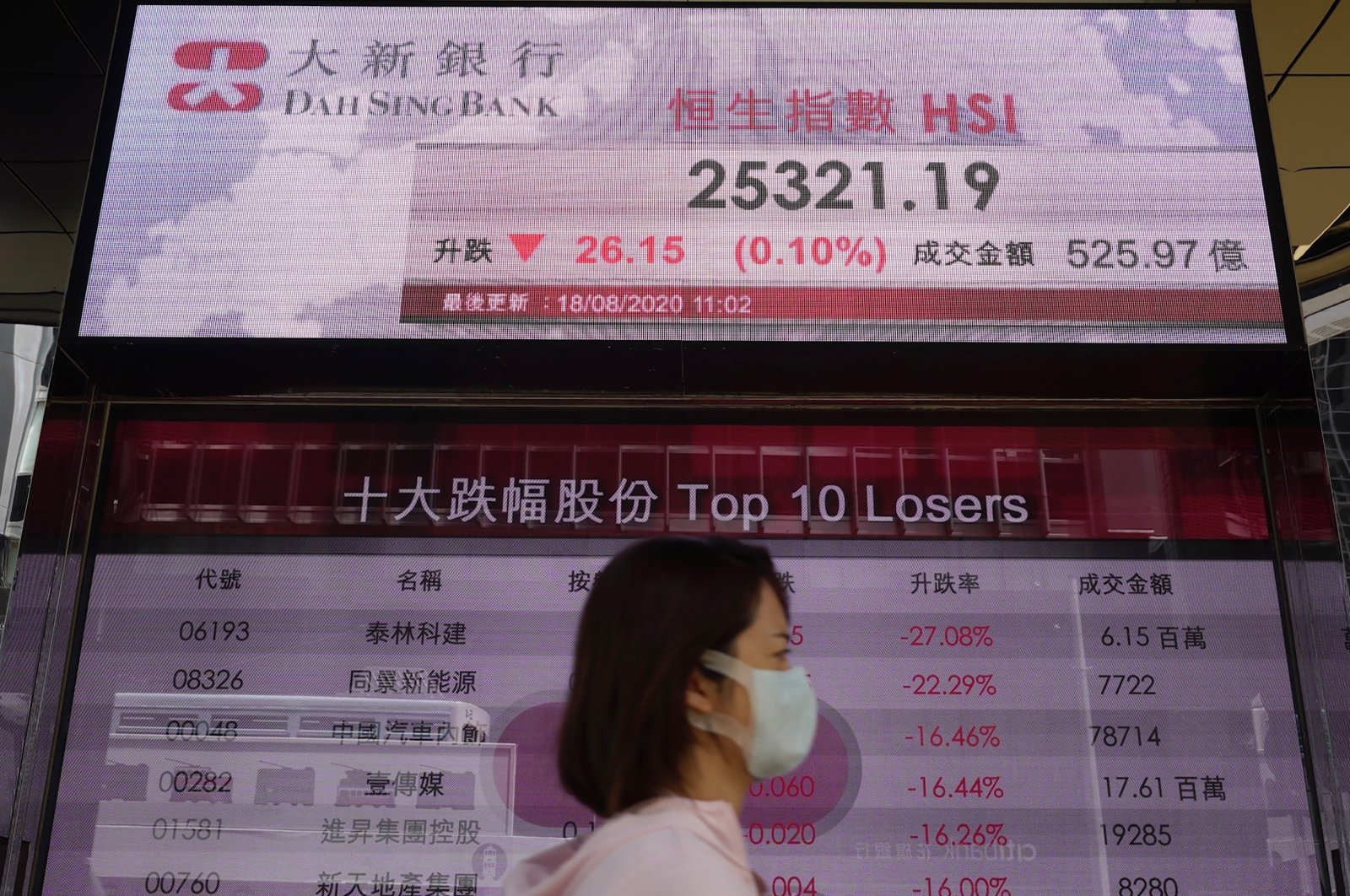 This week's U.S. Federal Reserve (Fed) meeting will be its first since Chairman Jerome Powell unveiled a policy shift toward greater tolerance of inflation, effectively pledging to keep interest rates low for longer.

"There will be pressure on the Fed to back up the new policy goals with some action," said MUFG Bank strategist Lee Hardman, noting that inflation remained well below target.

"Expectations are they could strengthen forward guidance, possibly by saying rates will be on hold for three to four years," said Hardman, who remains bearish on the greenback.

Shares in SoftBank, which announced Sunday that it was selling Britain’s Arm Holdings to computer graphics chip company Nvidia for $40 billion, jumped 9%. SoftBank spent $32 billion to acquire Arm in 2016. Nvidia is best known for its graphics processing chips, while Arm is renowned as an innovator in the Internet of Things (IoT).

Japan's Nikkei 225 gained 0.7% to finish at 23,559.3 after Japan’s ruling Liberal Democratic Party picked a new leader, who will by definition become the prime minister because of the party’s control over the more powerful lower house of parliament. Yoshihide Suga, now the government spokesperson, has said he will continue Shinzo Abe’s “Abenomics” policies of easy lending and deregulation.

“That decision should not be market moving as we fully expect a steady hand to remain on the tiller of Abenomics. Mr. Suga has signaled that no further rises in sales tax are on the horizon, but all else should stay the same,” said Jeffrey Halley, senior market analyst at Oanda.

“Of more interest will be if Mr. Suga signals that a new election will be held to mandate his new government,” Halley said.

The Fed's Open Market Committee will meet this week. The U.S. central bank's massive aid for the economy has helped underpin the markets’ recovery from the coronavirus downturn by slashing short-term interest rates to record lows and buying up bonds to support markets.

The Bank of Japan also is due to hold a policy meeting this week. No major changes are expected in its ultra-lax monetary policies.

Stephen Innes, the chief global market strategist at AxiCorp, noted that investors face “many uncertainties," including the U.S. elections and the global pandemic.

“Unquestionably, the virus story is the dominant macro pivot event, especially for equities, and is more likely to be dominated by optimism surrounding a vaccine. Indeed, investors will be keeping their eye on the vaccine prize,” he said.

Analysts expect swings to continue to rattle markets for weeks, if not months, as investors wait for more clarity on several key issues. At the head of the list of uncertainties is what to do with Big Tech stocks, which critics have long said were due for a slide after soaring too high through the summer.

In energy trading, benchmark U.S. crude dropped 11 cents to $37.32 a barrel in electronic trading on the New York Mercantile Exchange. Brent crude, the international standard, was down 5 cents at $39.78 a barrel.

The dollar slipped on Monday against its major peers as a wave of mergers and acquisition (M&A) deals lifted the mood in global equity markets and investors looked ahead to an event-packed week which includes the Fed meeting and the appointment of a new Japanese premier.

The British Parliament was preparing to debate a draft bill that the government has admitted breaches the terms of its EU divorce treat. The currency, nevertheless, firmed 0.6% versus the dollar following its weakest week since March.

The gain was partly down to the dollar index, which slipped 0.2% after firming for two weeks straight.

ING Bank said in a note to clients that the "soft" Fed policy looks largely priced in following Powell's unveiling of the new inflation targeting approach and that more positive news would be needed to push cyclical currencies higher and the dollar lower.

"With fragile equity markets and risk sentiment, it is unlikely to happen this week, in our view," the bank said.

"This suggests a range-bound dollar index this week."

Analysts at Standard Chartered said there was a risk the Fed would disappoint dollar bears.

"Having set aside yield curve control as a near-term policy option, the FOMC does not seem to have an operational consensus on how to use the balance sheet," they told clients. "This may disappoint investors."

The single currency had spiked to a one-week high above $1.191 after Thursday's European Central Bank meeting, before easing back as policymakers talked it down the next day.