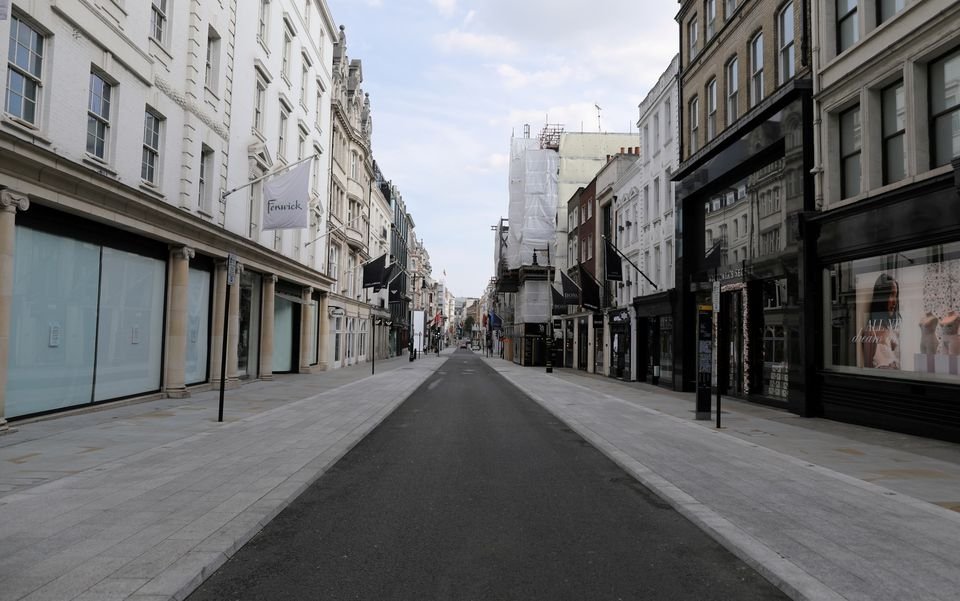 General view of the deserted New Bond Street with its closed shops, following the outbreak of the coronavirus disease, London, United Kingdom, May 7, 2020. (Reuters Photo)
by Agencies Dec 03, 2021 3:26 pm
RECOMMENDED

A lack of adequate anti-fraud measures by the British government has allowed for around 4.9 billion pounds (over $6.5 billion) to be stolen from emergency loans that were extended to businesses during the pandemic, the country’s spending watchdog warned on Friday.

The Bounce Back Loan Scheme did not conduct credit checks or fully verify the identity of small businesses applying for loans, the National Audit Office (NAO), which scrutinizes public-sector spending, said.

Under the program, launched in May 2020, firms could borrow up to 50,000 pounds each via banks at a fixed interest rate of 2.5%, repayable over 10 years. Initially, lenders had to give a loan decision within 24 to 48 hours.

"One impact of these decisions is apparent in the high levels of estimated fraud," he added.

"The impact of prioritizing speed is apparent in the high levels of estimated fraud," said the watchdog in a report. "The counter-fraud activity was implemented too slowly to prevent fraud effectively and the department’s focus is now on detection and recovery of fraudulent loans," it said.

The scheme was launched to stop the collapse of small businesses, which had to cease trading due to tight lockdown restrictions at the start of the COVID-19 pandemic.

NAO also noted that "the scheme facilitated faster lending by removing credit and affordability checks and allowing businesses to self-certify" applications, emphasizing the government also ruled out additional counter-fraud measures when the scheme was extended.

The taxpayer could meanwhile lose out also from businesses that legitimately borrowed under the scheme failing to repay their loans.

The Conservative government of Prime Minister Boris Johnson last month had already estimated that the scheme led to fraudulent claims totaling the equivalent of $6.5 billion or 5.7 billion euros.

In March, Britain's business ministry, which ran the program via the British Business Bank, a state lender, estimated that 37% of the loans would not be repaid and that 11% came from fraudulent applications.

A subsequent investigation by accountants PwC in October revised the fraud rate down to 7.5%, although the NAO said it had not had time to check this estimate itself.