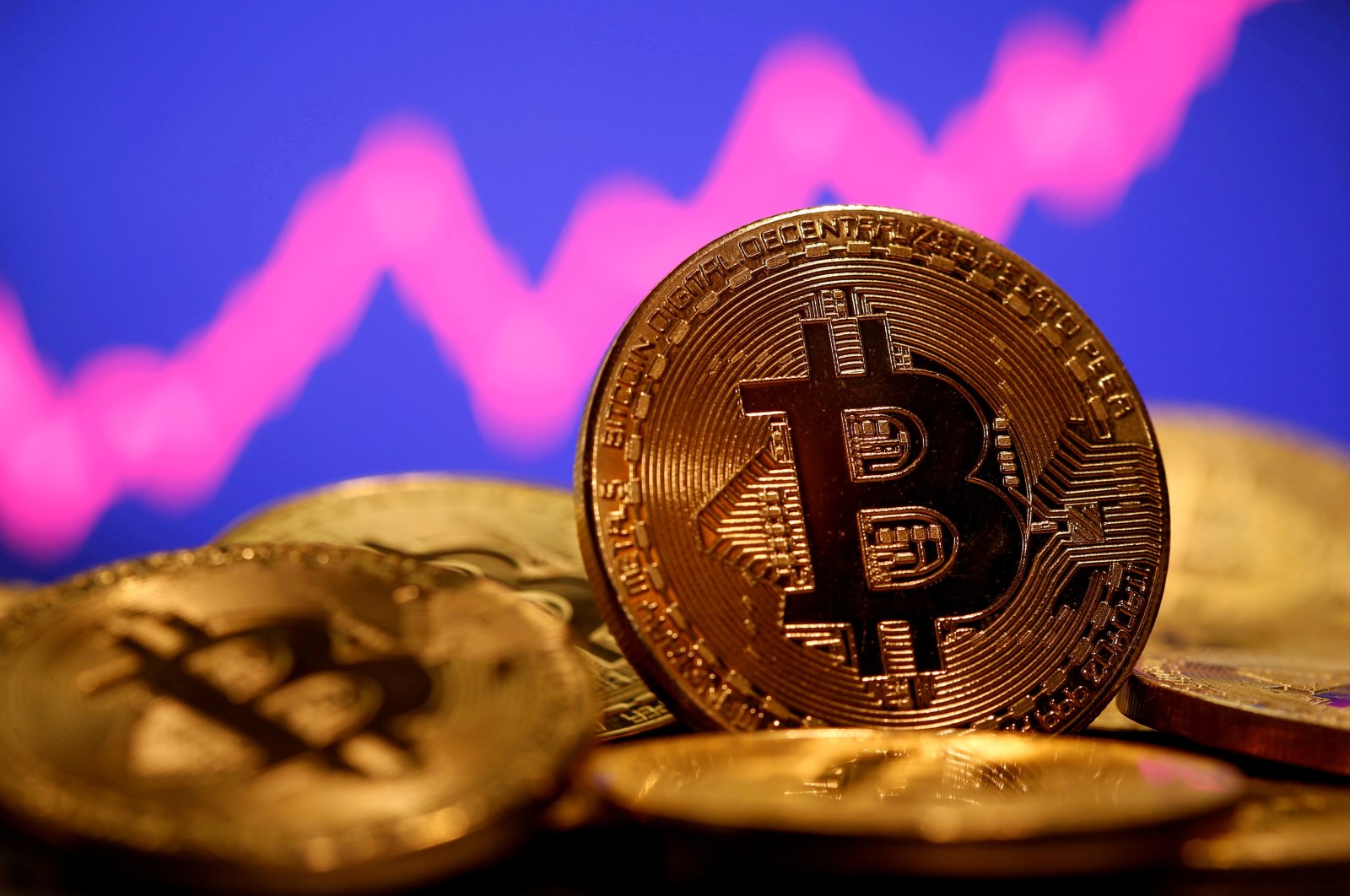 A representation of virtual currency Bitcoin is seen in front of a stock graph in this illustration taken Jan. 8, 2021. (Reuters Photo)
by French Press Agency - AFP Mar 13, 2021 4:05 pm
RECOMMENDED

Bitcoin briefly rose above $60,000 for the first time on Saturday, as increasing backing from corporate heavyweights helps the world's most popular virtual currency continue its record-breaking run.

The cryptocurrency hit an all-time high of $60,012 at 1149 GMT, according to the website CoinMarketCap.

Bitcoin has been on a meteoric rise since March last year, when it stood at $5,000, spurred by online payments giant PayPal saying it would allow account holders to use cryptocurrency.

The virtual bubble then burst in subsequent days, with bitcoin's value then fluctuating wildly before sinking below $5,000 by October 2018.

However, the last year's rise has been more steady, with investors and Wall Street finance giants wooed by dizzying growth, the opportunity for profit and asset diversification, and a safe store of value to guard against inflation.

Bitcoins are traded via a decentralized registry system known as a blockchain.

That power is provided by "miners," who do so in the hope they will receive new bitcoins for validating transaction data.