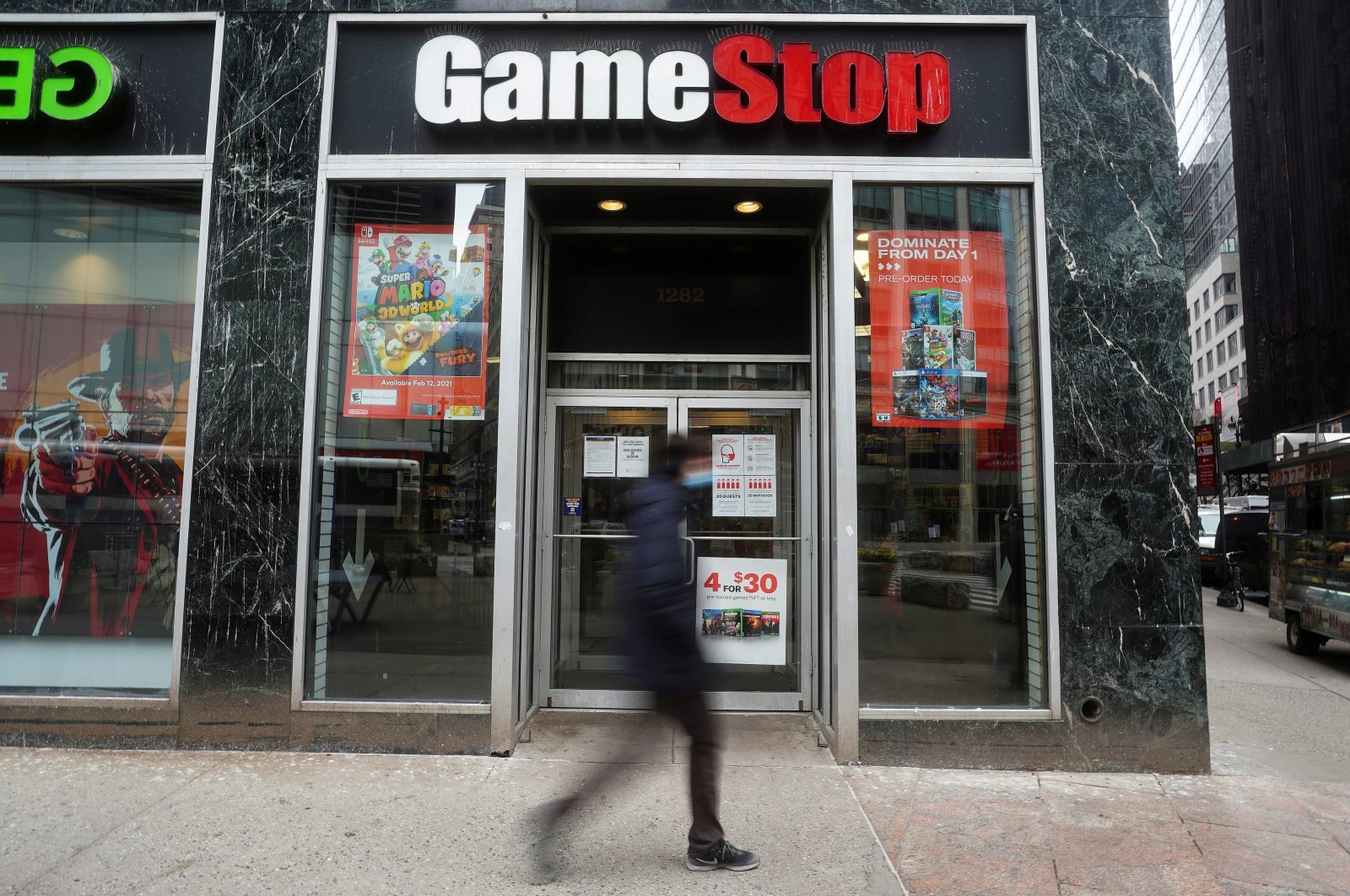 For some Reddit users, GameStop's dizzying rocket ride on Wall Street is a case of the masses rebelling against one-percenters hoarding the world's wealth.

The social media-fueled movement has sent shares in the U.S. video game retail chain soaring from less than $20 weeks ago to a peak of $492 on Thursday, dearly costing hedge funds that bet GameStop stock would tank.

GameStop (GME) shares ended the formal trading day down some 44% as some cashed out. But they lifted off anew after-hours after Tesla chief Elon Musk seemingly urged individual investors to punish hedge funds for short selling, tweeting "Get Shorty."

u can’t sell houses u don’t own

u can’t sell cars u don’t own

this is bs – shorting is a scam

legal only for vestigial reasons

A Reddit group – or "subreddit" – called WallStreetBets that boasts some 4.7 million members has been an online rallying spot for those urging people to buy and hold GameStop shares, punishing short-sellers by sending prices soaring.

"We constantly see the 1 percent make trillions a year, even through the pandemic... versus the millions of Americans who had to file for unemployment," Reddit user “Responsible-Height77” told AFP via the platform.

"I think it's time to show that the masses have a say and that our voice matters."

The hardship of 2020 inspired the 21-year-old to take part in the campaign to drive up GameStop shares, punishing hedge funds in the process.

The U.S. college student said he has suffered during the pandemic, as have friends who got sick from COVID-19 and who lost livelihoods.

Hedge funds pounded with losses due to the market-manipulating campaign decried the movement and its sometimes aggressive online tactics as foolish and potentially illegal.

"Gotta admit it's really something to see Wall Streeters with a long history of treating our economy as a casino complain about a message board of posters also treating the market as a casino," U.S. Congress member Alexandria Ocasio-Cortez said in a widely shared tweet.

"Notice how so many complain when the rules they have been manipulating are used against them?" responded a tweet from educator Ken Shelton.

"This is a prime example of what happens when a large group of people get organized and use the system to their advantage."

U.S. Senator Elizabeth Warren expressed similar thoughts, saying that while wealthy investors have prospered in the stock market, it has not represented the economic reality of millions of people in this country.

Responsible-Height – who declined to reveal his real name – told Agence France-Presse (AFP) that he has been a video game player much longer than he has played the market.

WallStreetBets is tinted with video game culture, the page playfully making use of the well-known Fallout Boy character from blockbuster franchise Fallout.

"Their motto has always been power to the gamer!" the student said. "Which I feel we have taken to ourselves as power to the people."

He reasoned it is people taking back power while applying the basic principle of supply versus demand.

"Investors need to realize the market isn't always driven by fundamentals; we are in a new age where everyone can be involved in the market. And if enough people want a stock it will go up. That's the basics of economics."

WallStreetBets is an open group at Reddit, seemingly driven more by group sentiment than any leader, but championing GameStop shares appears in tune with a millennial, gamer-generation crowd.

Chatter on Reddit has now encouraged similar campaigns for companies with low share prices and a place in old-school U.S. culture such as AMC, BlackBerry, and American Airlines.

A Reddit user going by the acronym DFV is credited with putting GameStop shares on the launch pad late in 2019, taking a $50,000 stake in the company that has turned into a fortune.

"I'm seeing so many people talking about how their life is going to be changed; this is insane," user DontTrustJack said on the group chat.

"This truly is a moment where the haves transfer money to the have-nots."

But another user advised having an exit strategy because driving up GameStop shares could cost them if they are holding large stakes when financial reality hits.

"Have a plan guys," cautioned the Reddit member. "The drop will come so fast."

WallStreetBets founder Jaime Rogozinski, who says he is no longer associated with the group, told AFP that he had watched with fascination as small investors wield the power of the crowd.

"They're able to do what Occupy Wall Street was never able to do," Rogozinski said.

"The little guy figured out a different way around it, which was, well, if you can't beat them, join them."

Meanwhile, Robinhood and other retail brokerages took steps to tamp down the speculative frenzy, but the actions only sparked more volatility in the market and an outcry from users of the platforms and lawmakers who said small investors are being treated unfairly.

Online broker Robinhood’s Chief Executive Vlad Tenev said on Thursday that trade was restricted in "about 13" viral stocks, which include GameStop, AMC Entertainment and American Airlines, to protect the company and its customers from volatility.

Tenev said on CNBC that the brokerage had tapped credit lines "so that we could maximize, within reason, the funds we have to deposit at the clearing houses," to facilitate more trade.

"We understand our customers are upset, we're doing what we can to re-enable buying in these names," he said. "We want to be clear in the communications, and I own that we should have been out there a little bit sooner."

While other firms such as Interactive Brokers also restricted trading, Robinhood's fee-free and simple-to-use app has made it popular with a new generation of small-time traders and its restrictions drew the heaviest backlash.

Twitter users complained that Robinhood appeared to be selling their shares without authorization. Robinhood did not immediately comment on whether it had restricted sales, however, Tenev said customers were allowed to sell, but not buy.

Bloomberg reported the broker has tapped at least several hundred million dollars from its lenders, including JP Morgan and Goldman Sachs, though Tenev did not discuss the size of Robinhood's borrowing on CNBC.

Meanwhile, anger has spread beyond the investment community with rappers and U.S. politicians on both sides of the aisle joining the backlash.

"This is unacceptable," tweeted Ocasio-Cortez.

"We now need to know more about @RobinhoodApp's decision to block retail investors from purchasing stock while hedge funds are freely able to trade the stock as they see fit."

Founded in 2013 with the mission of "democratizing finance for all" by offering commission-free trading, Thursday's move was seen by many as hypocritical. Many users shared a tweet from 2016 in which the company said "Let the people trade."

"This was always a potential issue with Robinhood," said Ian Kar, co-founder and chief executive of research provider Fintech Today. "When are you responsible for helping your users make good financial decisions, versus allowing them to trade freely?"

Robinhood has seen a business boom during the coronavirus pandemic as more homebound consumers took to buying and selling stocks online. The app now counts more than 13 million users.

While its engaging service has made it appealing to millions of customers, it has also drawn the scrutiny of critics and regulators who are concerned the company may be encouraging risky behavior in retail investors.