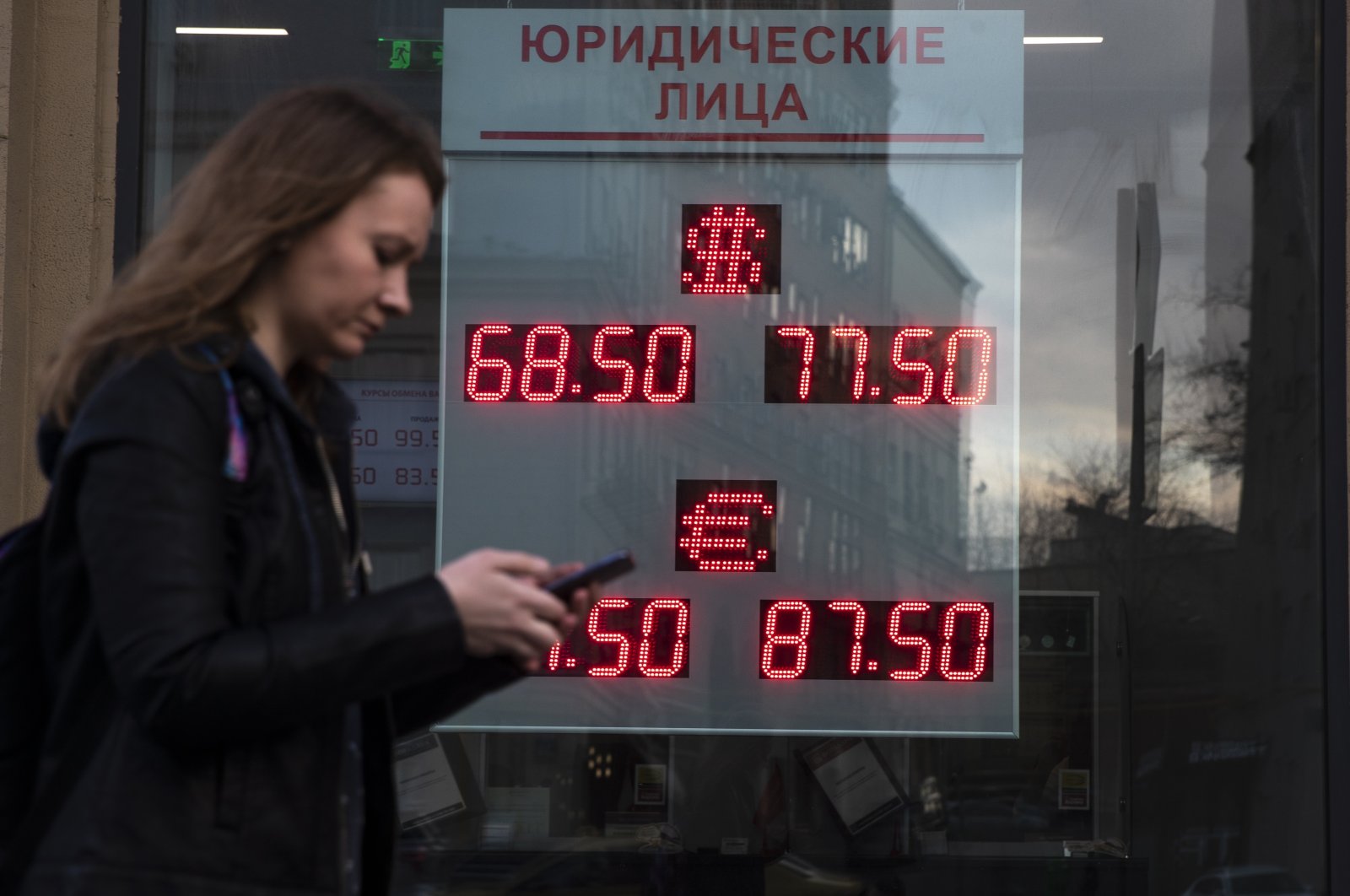 A woman walks past an currency exchange office screen displaying the exchange rates of U.S. Dollar and Euro to Russian Rubles, in Moscow, Russia, Monday, March 9, 2020. (AP Photo)
by Daily Sabah with AFP Mar 10, 2020 11:36 am
RECOMMENDED

Moex index, Russia's main ruble-denominated benchmark, plunged more than 10% at open Tuesday before retreating to around 8% down.

Meanwhile, Russia's RTS stock index dived more than 10%. The RTS index fell 16% on opening before rallying slightly to around 12% down.

The Russian ruble tumbled in value Monday to trade at 75 to the U.S. dollar, a rate last seen in early 2016. On Tuesday, it rose slightly and was trading at around 72 to the dollar and 82 to the euro.

Russian markets were closed Monday due to a public holiday on International Women's Day.

Oil prices plunged nearly 25% on Monday after Russia refused to roll back production in response to virus-depressed demand and Saudi Arabia signaled it will ramp up its own output.

The crash in oil prices combined with a mounting alarm over a coronavirus outbreak sent a shudder through world markets, sparking a widespread global selloff.

Rosneft CEO Igor Sechin, a close ally of President Vladimir Putin, had long argued the cutback agreement with OPEC was hurting Russia's interests and benefiting shale producers in the U.S. OPEC had urged the cut due to a slump in demand linked to the global coronavirus outbreak. This signaled the disintegration of an alliance between OPEC and Russia, a non-OPEC member and the world's second-biggest oil producer that had sought to control supply to support prices.

Saudi Arabia responded on Sunday with the biggest cut in its prices of the past 20 years in a bid to win market share. This sent oil prices crashing, registering the single biggest one-day loss in three decades on Monday.