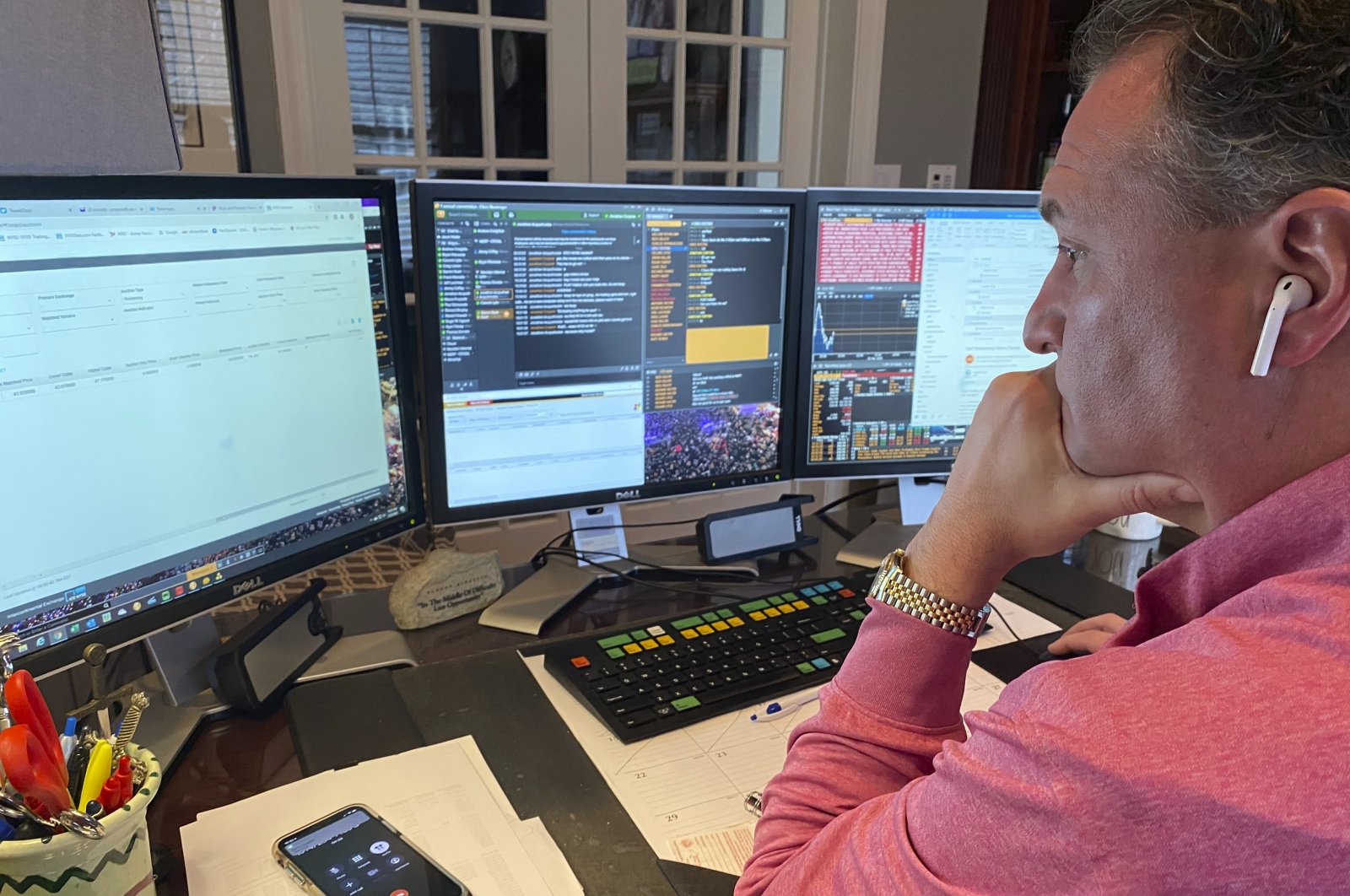 The U.S. dollar slid and global equity markets marched higher Wednesday, poised for a second day of gains on optimism $2 trillion in U.S. fiscal stimulus will dampen the economic shock the coronavirus pandemic already has started to inflict.

Hopes the bill, which is nearly half the $4.7 trillion the U.S. government spends annually, will ease an expected recession lifted world stock indexes for back-to-back gains for the first time since markets sold off a month ago.

Europe's main markets in London, Frankfurt and Paris were struggling to stay positive after ripping 4%-5% higher and oil prices swung from 3% up to 3% down. Wall Street also teetered though it mostly remained more than 1% higher.

The Dow Jones Industrial Average soared more than 11% on Tuesday in its biggest single-day percentage gain since 1933 and the benchmark S&P 500 jumped 9.4% – its tenth best day on record out of 24,067 trading sessions since a daily data series started in 1927.

The stimulus package marks progress but the devil's in the details, said Ron Temple, head of U.S. equity at Lazard Asset Management in New York. The legislation is not available to read to know how it will be executed or when the money arrives at households and small businesses gain access to funding, he said.

"This is not the all-clear; it's just material progress," Temple said.

"Until we know we can go back to work safely, that we can go to restaurants and go to stores and engage with other humans in close proximity, I don't think you can make an economic or a market call. It's premature to be trying to call the bottom."

The stimulus includes a $500 billion fund to help hard-hit industries and a comparable amount for direct payments of up to $3,000 apiece to millions of U.S. families.

Countries that have locked down their populations to prevent the spread of the coronavirus need to use the time to find and attack the virus, the World Health Organization (WHO) said.

As the U.S. works to screen thousands for the coronavirus, a new blood test offers the chance to find out who may have immunity – a potential gamechanger in the battle to contain infections and get the economy back on track.

Over 450,000 people have been infected globally and more than 20,000 have died, according to a Reuters tally.

Data on Wednesday pointed to a fast-slowing economy that analysts said signaled the U.S. already is in recession.

New orders for key U.S.-made capital goods fell sharply in February as demand for machinery and other products slumped, suggesting a deepening contraction in business investment.

The benchmark S&P 500 is still nearly $8 trillion below its mid-February high, and investors expect more sharp swings. Wall Street's fear gauge eased overnight but was on the rise again ahead of Wednesday's open.

MSCI's gauge of stocks across the globe surged 2.65% and emerging market stocks rose 4.32%.

In the currency markets, the dollar slipped for a third straight session as a scramble for liquidity was soothed by the super-sized U.S. stimulus plan, though it was starting to look a little stronger again.

The risk-sensitive Australian dollar jumped over the 60-U.S. cent mark for the first time in a week.

In precious metals markets, gold changed hands at $1,608.78 an ounce, retaining most of Tuesday's gains of almost 5%, its biggest jump since 2008.