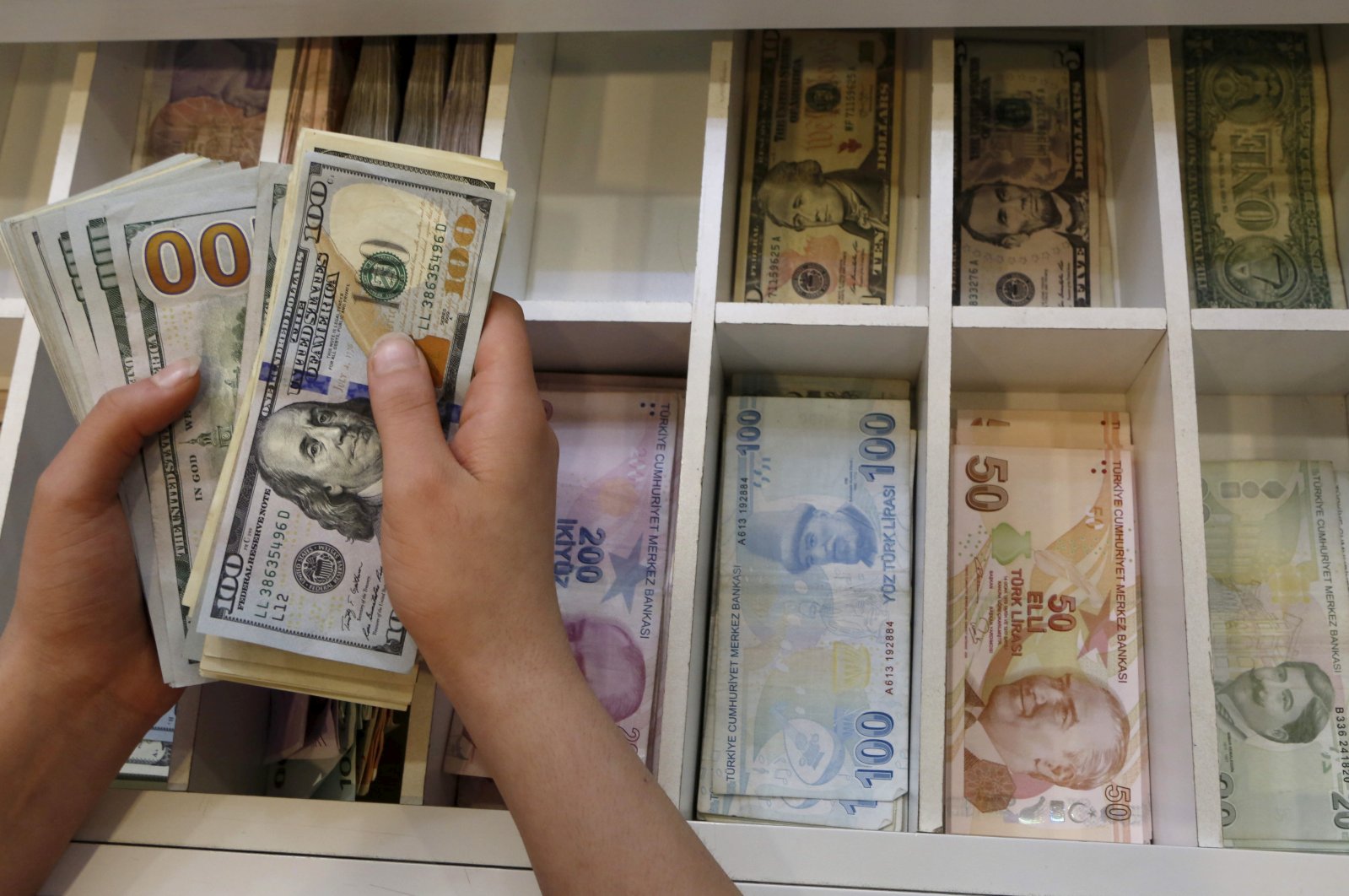 A money changer counts U.S. dollar bills, with Turkish lira banknotes in the background, at a currency exchange office in central Istanbul, Turkey, Aug. 21, 2015. (Reuters Photo)
by DAILY SABAH WITH AA May 17, 2021 3:42 pm

The figure improved from a TL 72.8 billion deficit in the same period last year, the Treasury and Finance Ministry said.

Turkey’s budget revenues increased 36.4% year-on-year to TL 437.9 billion in the first four months while the expenditures totaled TL 432 billion, up 9.7% from a year ago.

One U.S. dollar traded for 8.15 Turkish liras on average in April and 7.59 in the first four months of this year.

In April, the budget registered a deficit of TL 16.9 billion, down from TL 43.2 billion in the same month of last year.

Revenues came in at TL 93.8 billion last month, jumping 44% on a yearly basis.

The expenditures increased 2.1% year-on-year to TL 110.7 billion this April.