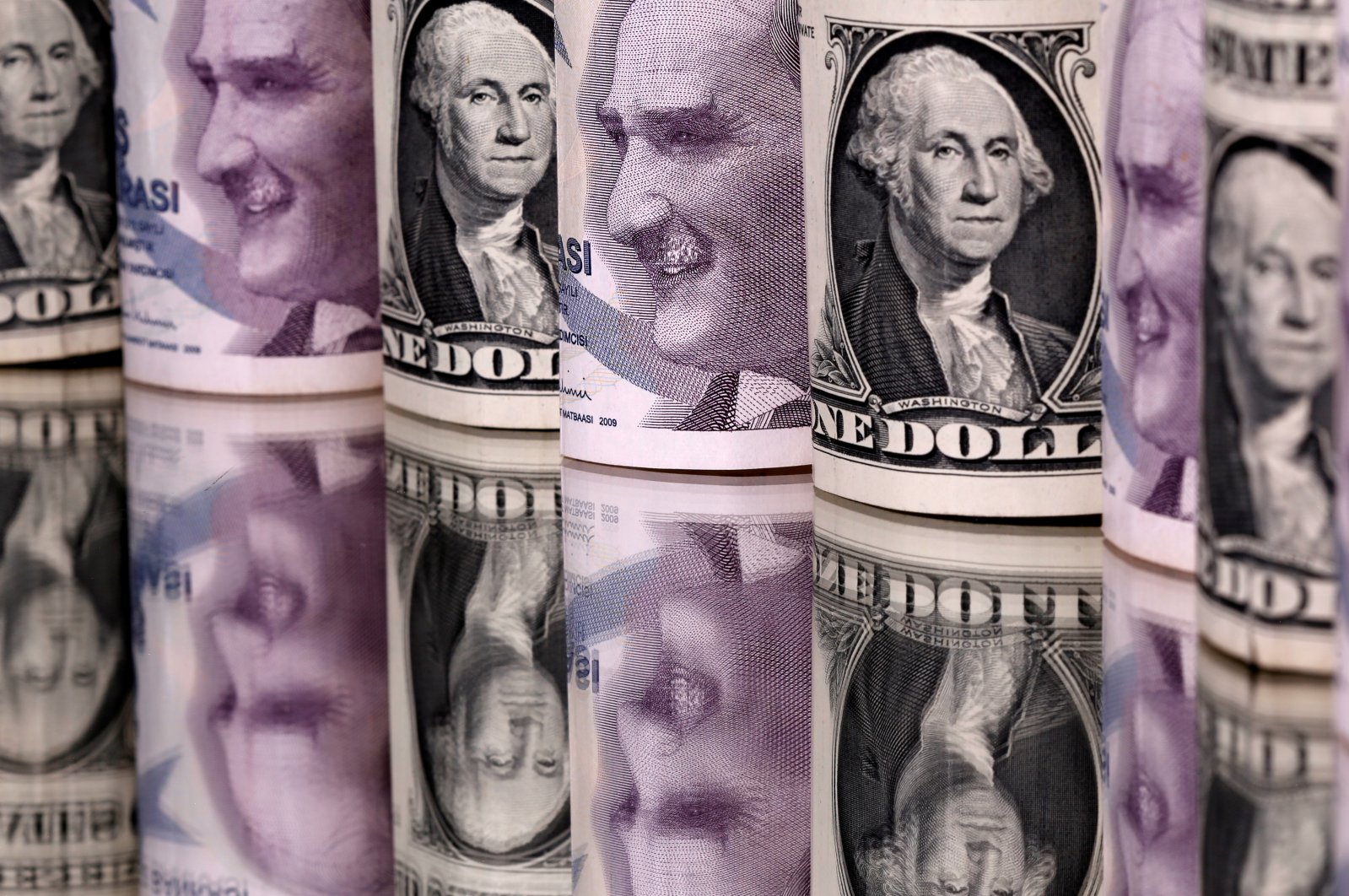 Turkey's external assets reached $227.3 billion (TL 1.6 trillion) at the end of June, decreasing 10.3% compared to the end of 2019, the Central Bank of the Republic of Turkey (CBRT) said Friday.

The country's liabilities against nonresidents also posted a 4.7% decline to $568.9 billion in the same period.

The net international investment position (NIIP) – the difference between external assets and liabilities – was minus $341.5 billion as of this June, improving from $343.5 billion at the end of last year.

Reserve assets, a subitem under assets, recorded $86.3 billion, falling 18.3% during the same period.

Other investments, another subitem under assets, decreased 7.7% to $87.7 billion in June.

"Currency and deposits of banks, one of the subitems of other investment, recorded $47.8 billion indicating an increase of 0.7% compared to the end of 2019," the bank noted.

On the liabilities side, direct investment – equity capital plus other capital – as of the end of June was $162.6 billion, climbing 1.6% compared to the end of last year "with the contribution of the changes in the market value and foreign exchange rates."

June figure showed that FX deposits of nonresidents held within the resident banks stood at $31.1 billion, a decline of 10.6% compared to the end of 2019.