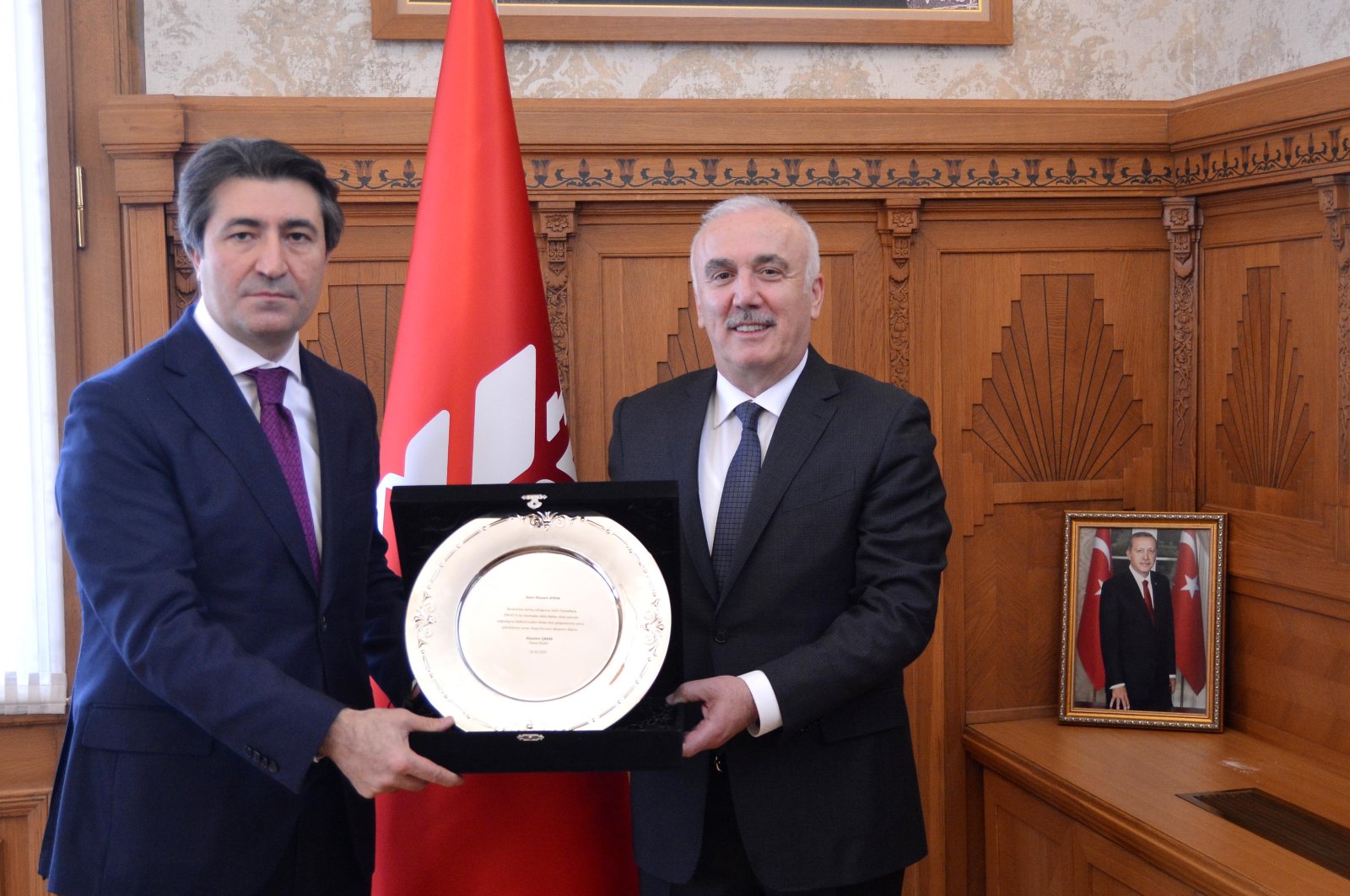 Turkey’s largest lender Ziraat Bank Friday named Alpaslan Çakar as its new general manager after the bank’s chief stepped down after 10 years in the post.

Çakar, who was the bank's deputy general manager, replaced Hüseyin Aydın at the public lender’s general board meeting.

Aydın was appointed as general manager in 2011. Ziraat Bank on Thursday said Aydın would hand over his post, without specifying a reason. It said that the move was not due to a resignation.

Addressing the handover ceremony at the bank’s historical head office building in the capital Ankara, Aydın said, “these duties are a relay race.”

“My role in Ziraat Bank, where I served as the general manager for the last 10 years and where I started my first job in 1983, is very valuable, I am happy to hand it over to my esteemed colleague,” he noted.

“Mr. Alpaslan’s efforts for our bank will increasingly continue with the title of general manager. I wish for it to be beneficial for our country and our bank.”

For his part, Alpaslan said Aydın is one of the architects “of our bank being more than a bank.”

In parallel, Aydın also stepped down from his role as the chairperson of the Banks Association of Turkey (TBB), the association said in a statement Friday.

The association thanked Aydın for his “valuable contributions to the Turkish economy, the banking sector and the work of the union.”

Çakar started his career as a deputy inspector at the bank in 1996 after graduating from Ankara University’s department of public administration in 1995. Having later served as inspector and branch manager, he was also a regional chief manager and head of the department.

Since 2010, he served as the deputy general manager in the areas of retail banking, operational transactions, distribution channels management and payment systems.

VakıfBank and Halkbank are the second and third largest banks in the country with total assets of TL 698 billion and TL 680 billion, respectively.