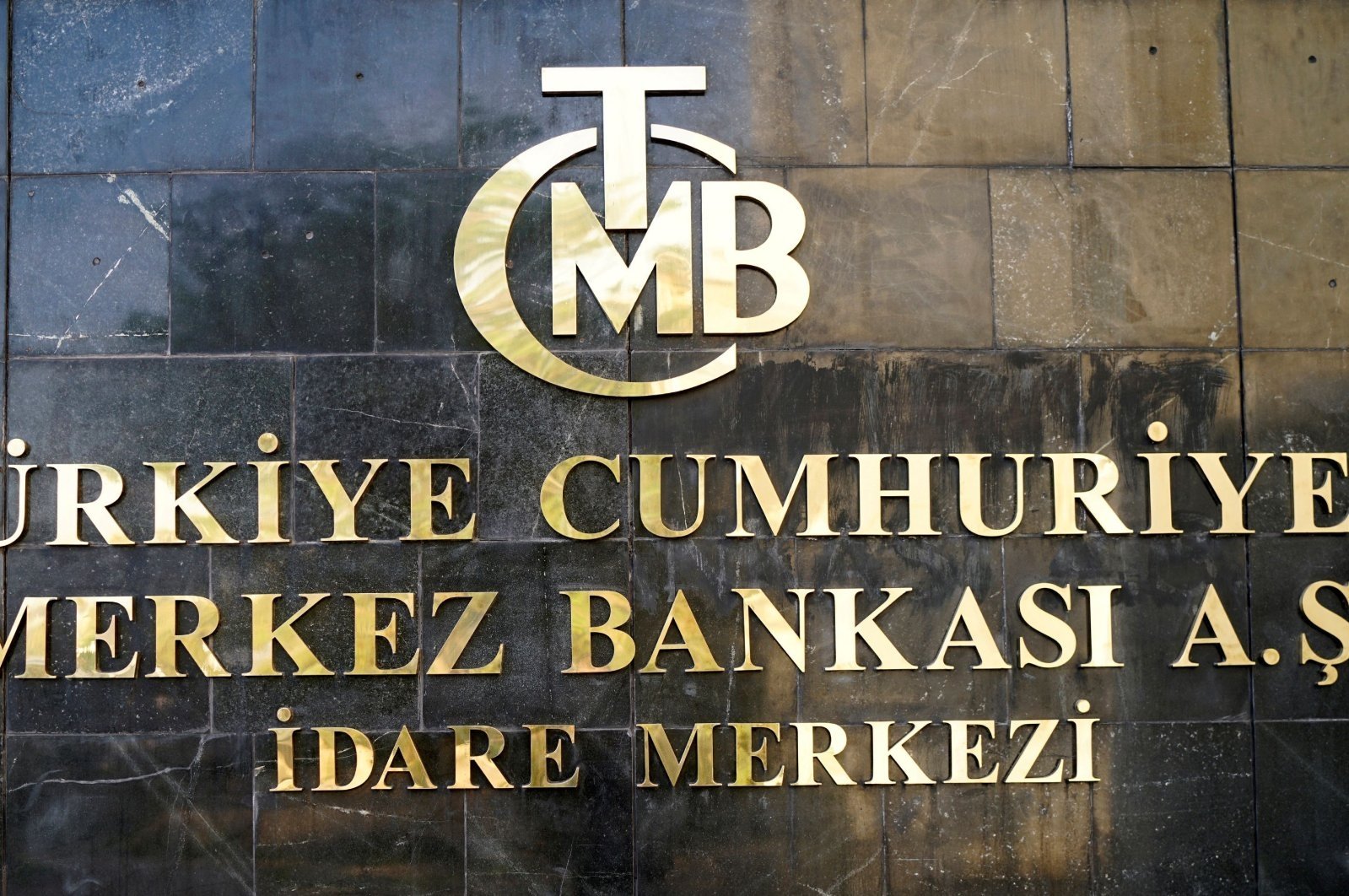 A logo of the Central Bank of the Republic of Turkey (CBRT) is pictured at the entrance of the bank's headquarters in the capital Ankara, Turkey, April 19, 2015. (Reuters Photo)
by Anadolu Agency Sep 20, 2021 3:53 pm
RECOMMENDED

Turkey's net international investment position (NIIP) continued improving this July, with the overall figure being 26.2% lower than at the end of last year, the Central Bank of the Republic of Turkey (CBRT ) said Monday.

Currency and bank deposits, one of the sub-items of other investments, amounted to $52.2 billion, up 24.5% from the end of last year.

On the liabilities side, direct investment – equity capital plus other capital – was at $158.2 billion, a decrease of 32.8% from the end of 2020 "with the contribution of the changes in the market value and foreign exchange rates," the bank said.

From January to July this year, the average U.S. dollar/Turkish lira exchange rate was around 8, while last year's average rate was 7.02.

The data also showed that the total external loan stock of banks was $70.7 billion, down 1% from the end of last year, while the total for other sectors increased 1.9% to $98.7 billion.