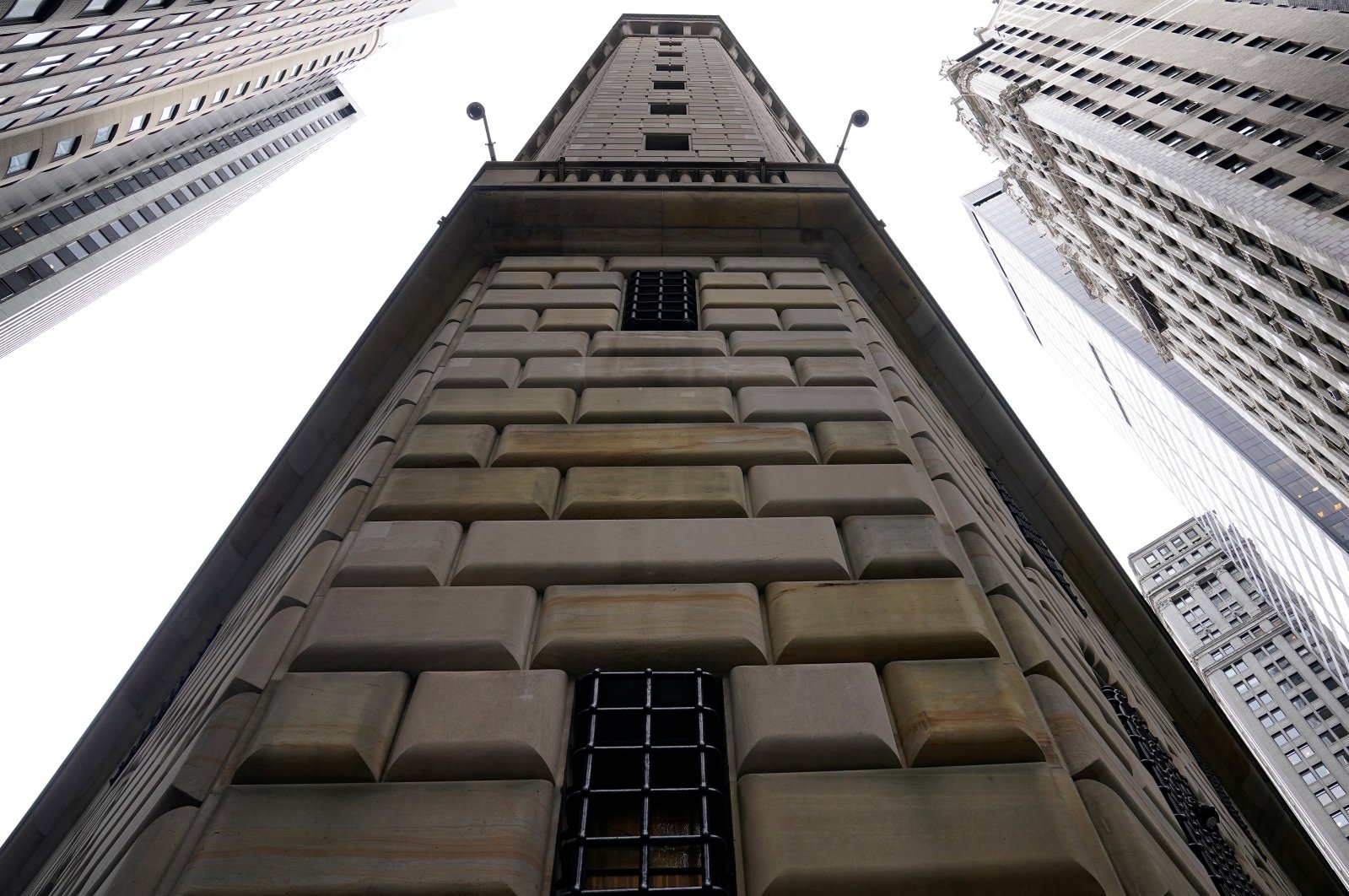 The U.S. stock market had its biggest drop since the Black Monday crash of 1987 as fears of economic fallout from the coronavirus crisis deepened. The Dow industrials plunged more than 2,300 points or 10%. The sell-of came despite action from the Federal Reserve and the European Central Bank. The steep drops over the last month have wiped out most of the big run-up on Wall Street since President Donald Trump's inauguration.

Markets have turned turbulent amid a cascade of shutdowns across the globe and rising worries that the White House and other authorities around the world can’t or won’t help the weakening economy any time soon. The deepening coronavirus crisis sent stocks into another alarming slide Thursday, extending a sell-off that has wiped out most of the big run-up on Wall Street since President Donald Trump's inauguration.

The Dow Jones Industrial Average was down more than 2,000 points, or 8.7%, in late afternoon trading. The broader S&P 500 was off 8.4% and set to fall into a bear market by the close of trading, ending the longest bull market in Wall Street history – nearly 11 years.

European markets lost 12% in one of their worst days ever, even after the European Central Bank pledged to buy more bonds and offer more help for the economy.

Meanwhile, the Federal Reserve is going to increase its purchases of short-term U.S. Treasury bonds to try to ease anxiety and disruptions in the financial markets over the coronavirus outbreak.

The fed announced Thursday that it's injecting up to $2 trillion into short-term lending markets as a way to ensure that the Treasury bond market can function smoothly. It's also broadening its ongoing $60 billion-a-month purchases of Treasurys to include longer-term bonds. Combined, the fed's actions led the stock market to sharply pare its losses. At first, it caused Treasury yields to fall before they rose back up again.

The action, being led by the New York fed, is intended to keep credit markets functioning and ensure that banks can continue to provide loans to businesses and other borrowers across the economy.

Earlier in the day, the European Central Bank deployed targeted new stimulus measures to cushion the shock to the economy from the virus outbreak. The ECB's president said, though, that monetary policy couldn't do it alone and called for a "decisive and determined” response from governments.

President Christine Lagarde said the economy was facing a "major shock” and that the central bank measures unveiled Thursday were "almost surgically” targeted at areas where monetary policy could help.

Individual Treasurys are used to price key price financial products that everyday Americans use. The 10-year bond is the underlying basis for the 30-year fixed-rate mortgage, while the three-month note is used to price CDs and money market accounts.

More than a decade ago, central banks around the world slashed interest rates and began pumping trillions of dollars into banks to combat a global financial crisis. The coronavirus is presenting them with a very different challenge – at a time when some policymakers have barely caught their breath from the last economic disaster.

The central banks in the U.S., the eurozone, Canada and Britain have all deployed stimulus. The Bank of Japan is signaling it is ready to act and monetary authorities in Australia, Indonesia and Malaysia have cut rates.

Authorities are putting major economies, businesses and travel on lockdown around the world – slamming the prospect for the global economy. But Lagarde underlined Thursday something that seems to be spooking financial markets: Central banks are limited in their capacity to help the economy. She repeatedly pleaded for governments to pitch in by spending more or giving companies and families tax relief.

Europe's top monetary authority didn't cut rates as investors had hoped – a sign that monetary policy is running low on ammunition with rates already very low. The ECB's key policy rate on bank deposits is already at an unprecedented minus 0.6%.

The heart of the matter is that the coronavirus affects economies in ways far different from the bursting debt bubbles that afflicted markets and economies in 2008-9. The virus has hit demand by canceling activity from manufacturing to trade shows to vacations to basketball games. No amount of cheap credit will reopen those events.

All the central bankers can do its aim their powers at the secondary effects: Shaken confidence, plunging stocks, worried consumers and cautious bankers.

And it's an uphill struggle. Even a surprise half-percentage point rate cut by the Federal Reserve only halted the stock selloff for a few hours. The ability to shock and awe is clearly diminished.

Marcel Fratzscher, head of the German Institute for Economic Research in Berlin, told the dpa news agency that "unlike during the global financial crisis, the central banks will only be able to help a little in combating the economic damage from the coronavirus.”