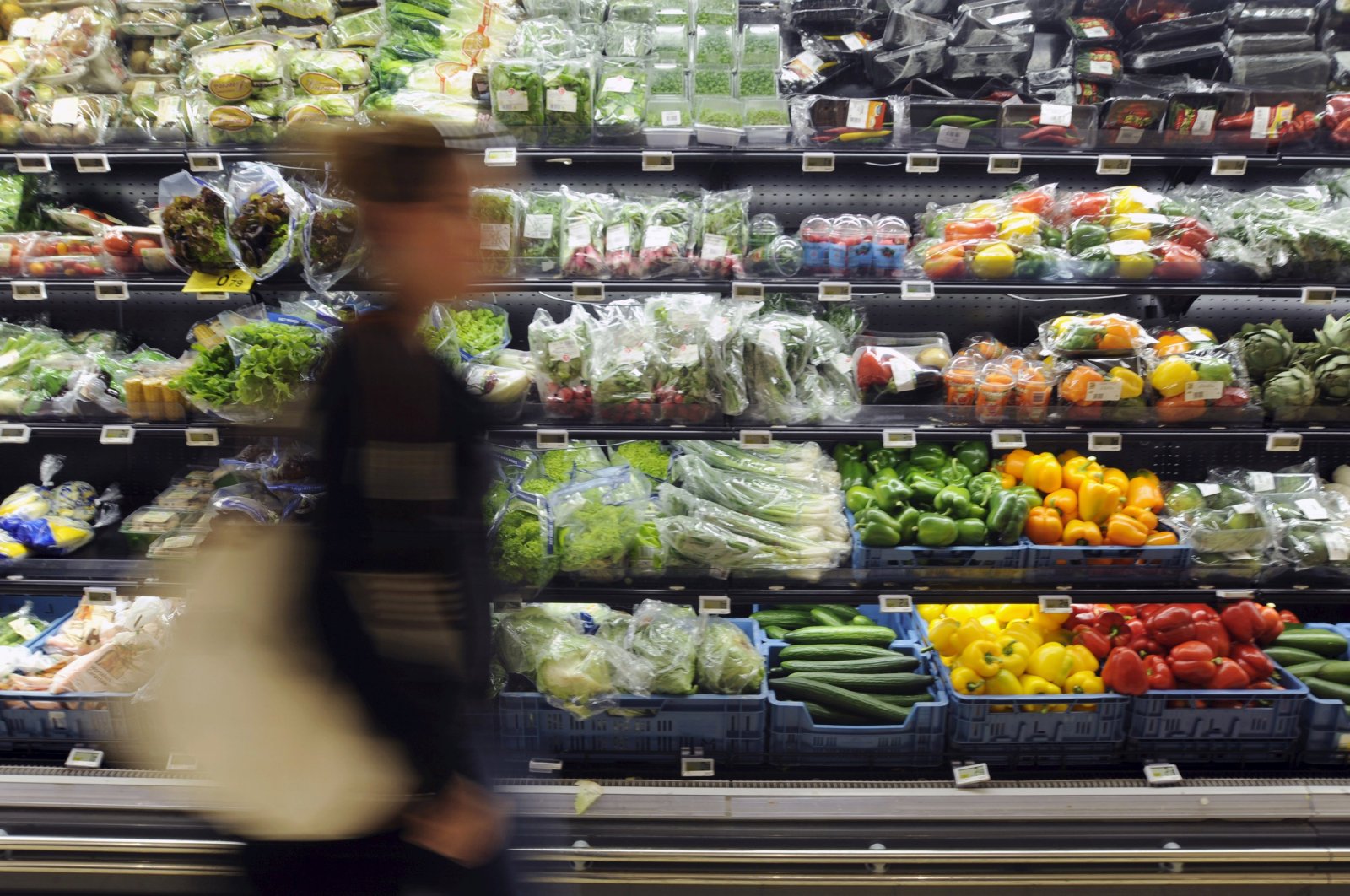 A customer walks past the fruit and vegetable section of a Carrefour grocery store in Brussels, Belgium, Sept. 4, 2014. (Reuters Photo)
by Anadolu Agency Sep 03, 2020 3:20 pm
RECOMMENDED

The food price index increased 2% on a monthly basis, averaging 96.15 last month, as a weaker U.S. dollar provided support to international prices of most agricultural commodities, the FAO said.

It noted in August the price increases were more pronounced for sugar and vegetable oils with cereal prices also firming, though more modestly.

On the other hand, meat and dairy values kept steady near their July levels.

The sugar price index averaged 81.1 points in August, up 6.7% from the previous month.

The latest month-on-month increase reflected the prospects of a reduction in production due to unfavorable weather conditions in the EU as well as in Thailand, the world's second-largest sugar exporter.

"Among the major cereals, sorghum, barley, maize, and rice prices rose the most," the FAO noted.

"The quotations for bovine and poultry meat declined, caused by a weaker pace of import purchases, notwithstanding reduced slaughter of animals and processing in key producing regions," the FAO said.