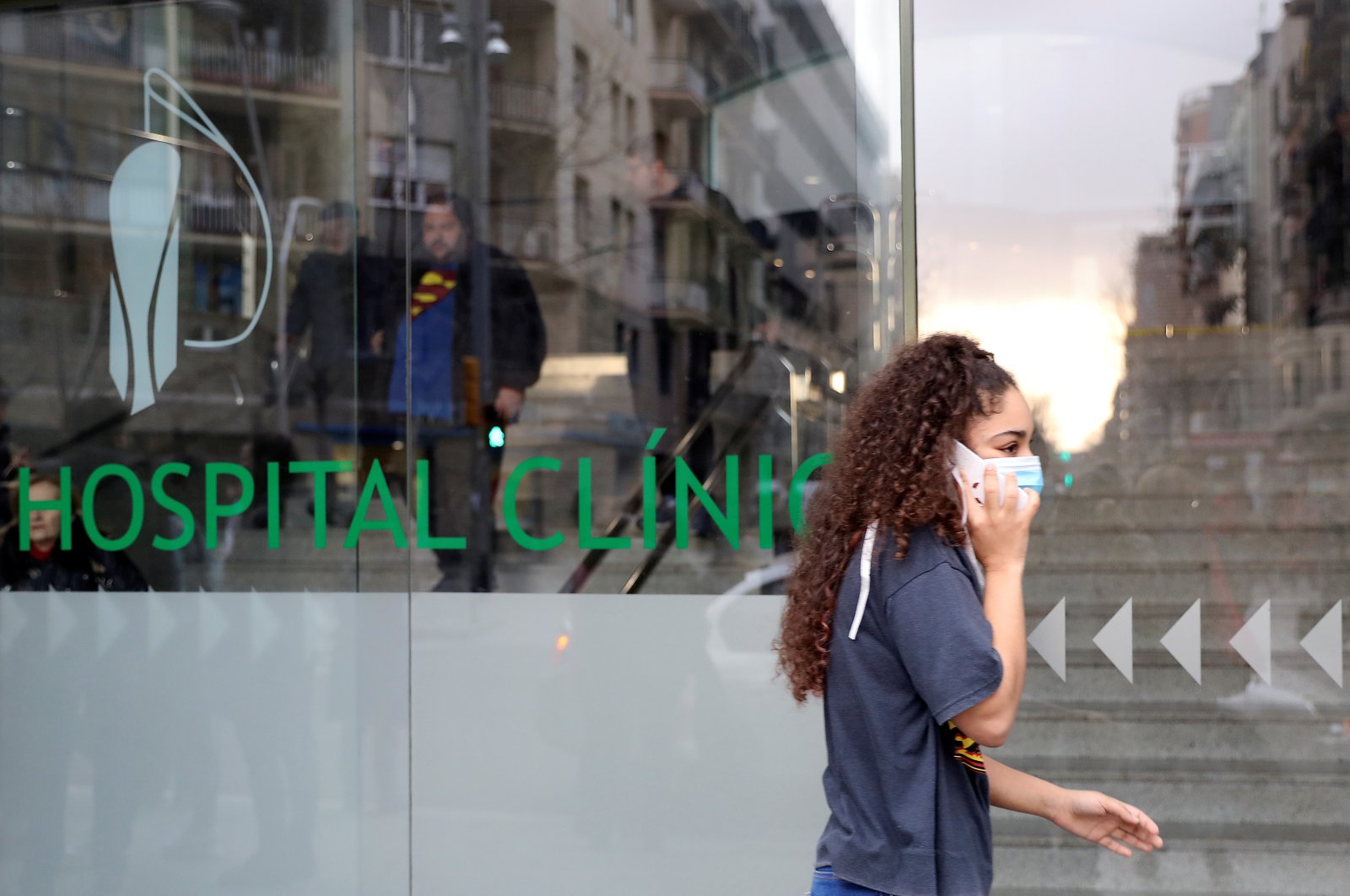 A file photo of a woman in a protective face mask walks out of a Hospital Clinic in Barcelona, Spain, Feb. 25, 2020. (Reuters photo)
by Daily Sabah with AFP Mar 17, 2020 1:26 pm
Edited By Ayşe Betül Bal
RECOMMENDED

"I will not hesitate to use any means at my disposal to protect large French enterprises," the minister said during a conference call with journalists. "This can be through capital injections or stake purchases. I can even use the term nationalization if necessary," he said.

Meanwhile, the Italian government said it intends to renationalize the bankrupt former national carrier Alitalia under an emergency economic rescue plan for the coronavirus pandemic.

The plan's details were outlined in a government decree published late Monday. Italian media reported that it could cost taxpayers up to 600 million euros ($670 million).

Prime Minister Giuseppe Conte's government on Monday agreed to a 25-billion-euro rescue designed to shield families and businesses from the economic fallout of an outbreak that has killed more than 2,100 people in Italy.

One of the measures provides for the creation of "a new company wholly controlled by the ministry of economy and finance or controlled by a company with a majority public stake, including an indirect one" to take over the airline. Italy's AGI news agency said the government was setting up a 600-million-euro fund to deal with the damage the pandemic has caused to the aviation sector.

Some of the final details of the Italian economic rescue program are due to be finalized next month.

The Spanish government, on the other hand, has already announced the nationalization of all of its hospitals and healthcare providers countrywide in a move to combat the spread of the pandemic.

Salvador Illa, Spain's health minister announced that the country would put all of Spain's private health providers and their facilities into public control, a report by the Guardian said Monday as the spread of COVID-19 continues to grip the country.