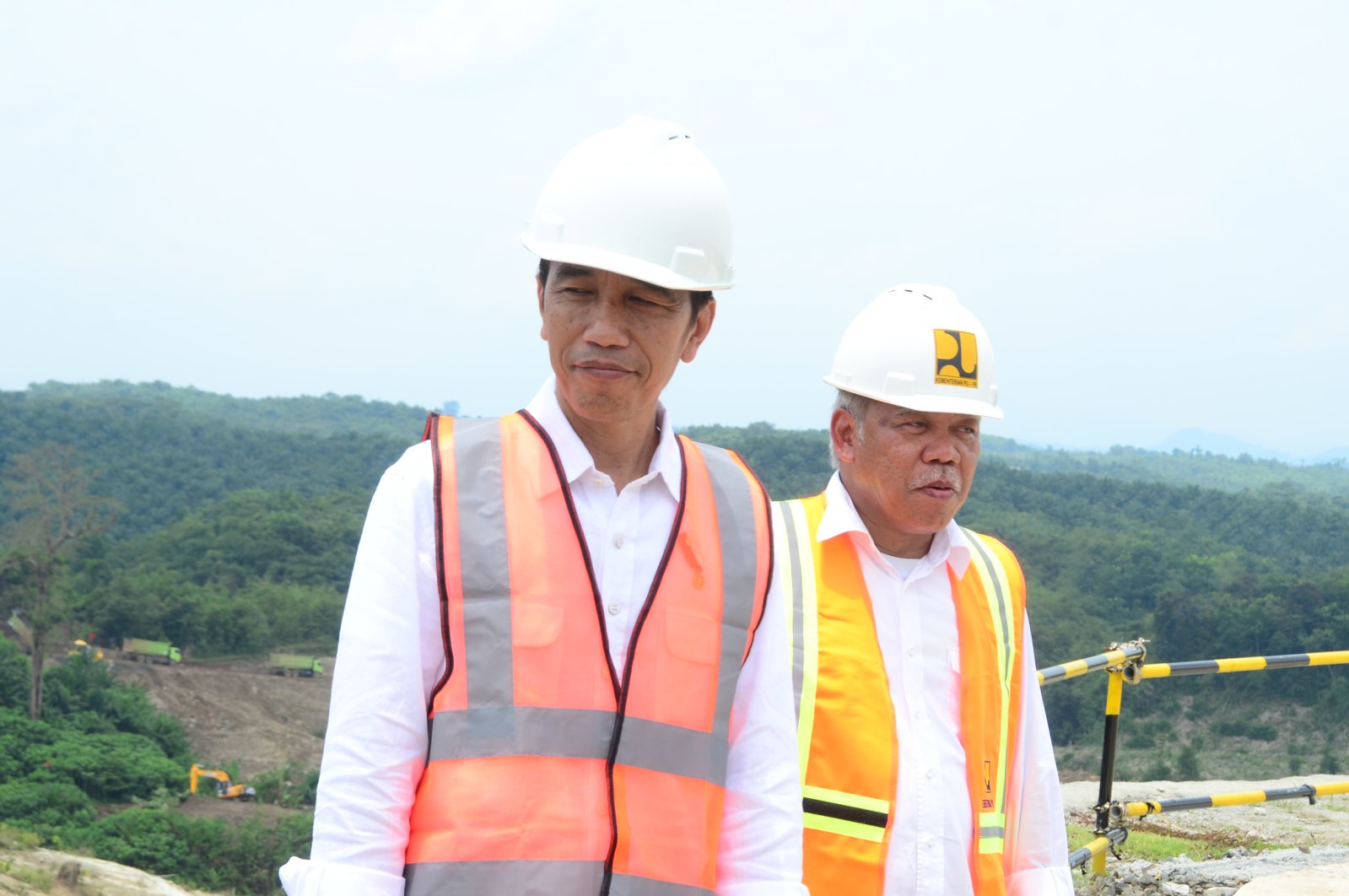 In an exclusive interview with Daily Sabah, Indonesian Minister for Public Works and Housing Mochamad Basuki Hadimuljono underlined the present bilateral ties between Indonesia and Turkey, saying that the door is open to great potential for cooperation.

“We are bound by strong emotional and historical relations. Why not extend the same strong relations to the business and investment sector and infrastructure development in particular?” Hadimuljono said.

Hadimuljono on Tuesday had a virtual meeting with Turkish Trade Minister Ruhsar Pekcan followed by a business forum attended by renowned businesspeople of both countries. The forum aimed at exchanging information about opportunities in infrastructure projects in the two countries, providing information to Turkish businesspeople on current infrastructure projects taking place in Indonesia and bridging communication and facilitating a partnership between Indonesian and Turkish construction companies.

“Even though the meeting was a virtual one, it was historical as it was the first of such kind between our two countries. I am sure it will create a snowball effect on the realization of larger investment cooperation and trade between the two countries,” the minister said.

Hadimuljono highlighted that he received an overview of the opportunities and challenges for Turkish construction companies with regard to infrastructure development in Indonesia – both in terms of regular infrastructure programs and related to the development of new capital.

Indonesian President Joko Widodo announced last year a $33 billion megaproject to move the nation's capital from Jakarta to the province of East Kalimantan. The move is not only due to the country’s search for a new city to replace the congested capital but also because its current capital continues to face environmental challenges especially with the rising of sea levels. Construction and infrastructure efforts are set to begin for the new capital in 2021.

“We invite Turkish investors to participate in our infrastructure development through the PPP (public-private partnership) scheme,” the minister said. “With Turkey we find chemistry, maybe because we have the same level of ambition to develop our countries, especially in infrastructure.”

‘Turkey one of Indonesia’s most potential partners’

Saying that projects regarding the construction of the Indonesian capital will be attractive for Turkish companies, Hadimuljono elaborated that the basic design has been formulated and construction will start early next year. Gradually, infrastructure and facilities will be established according to the green and smart city development concepts, he added.

Following the meeting, Pekcan expressed Turkey’s readiness to widen investment and trade in Indonesia, saying, "Turkey is ready to share its experience.”

Turkish contractors have taken on over 10,000 projects, worth more than $400 billion, in 127 countries so far.

Mithat Yenigün, chairman of the Turkish Contractors Association (TMB), also speaking at the forum, said that Turkish contractors are not currently active in Indonesia despite 50 years of experience abroad and projects in 127 countries, but they are ready to enter the country’s market.

The Turkish minister also highlighted the importance of trade in local currencies for accelerating the business and trade volume between Ankara and Jakarta.

“We have agreed to establish a joint working group coordinated by my ambassador in Ankara from the Indonesian side and a deputy minister of the Ministry of Trade from the Turkish side,” Hadimuljono said, indicating that the group will be working with the Turkish Contractors Association (TMB). “They are expected to identify opportunities for cooperation, identify financing schemes and find solutions to existing obstacles for both sides. This is a way of ensuring that our meeting will be followed up and will bring concrete progress for both sides.”

Indonesia has been giving weight to infrastructure development especially in the past five years. Hadimuljono stressed that one of the goals of this is to improve connectivity so as to cut logistical costs. Additionally, 65 dams and 1 million hectare of new irrigation networks were built to improve water, food security and disaster mitigation.

“With low logistics costs, production costs in Indonesia are as efficient as investors want. Within the last five years, 2,000 kilometers (1,243 miles) of new toll roads have been built. A major part of the financing of these comes from investments,” he said.

Underlining that Turkey is seen as one of Indonesia’s most potential partners in the country’s infrastructure development program, Hadimuljono touched upon the historical ties and brotherly relations between the two countries.

“Our warm relations continued to this day, as this year we will celebrate the 70th anniversary of diplomatic relations,” Hadimuljono said.

“The Republic of Turkey and the Republic of Indonesia are both fast-growing economies," the minister emphasized, saying that he believes the recent business forum will accelerate bilateral partnership in infrastructure development for both countries' common benefit.

Hadimuljono said Turkey and Indonesia are aiming to sign a free trade agreement, eyeing a bilateral trade volume of $10 billion in 2023, as set out by the two countries’ leaders. Strategic technology cooperation is also being discussed by both sides, the minister said.

The Indonesian minister stated that with the completion of the joint development of the medium tank between the two countries last year, a stronger foundation for defense industry cooperation has been laid. “This year an impetus for an even stronger foundation in defense cooperation will soon be created. In the meantime, other already strong cooperation fields, such as security, defense, social welfare and education, should be continued,” he said.

Turkey last year launched an initiative called “Asia Anew,” aiming to make Turkey an essential actor in Asia and contribute to the rise of the continent, as a country that bridges Europe and Asia. Within this scope, Ankara aims to revitalize relations with Asia on a win-win principle, developing cooperation and projects with the region's countries.

Relations to be enhanced post-COVID-19

“Every new challenge comes with a new opportunity,” Hadimuljono said. “I am certain that we will continue to increase our bilateral relations in all aspects while we are fully aware that the pandemic has created different dynamics and needs.”

With the coronavirus pandemic affecting the entire globe, from daily social life to economics and politics, many countries have been struggling to adapt and fight the virus.

“In the aftermath of the pandemic, what we need to do is to redefine our priorities, revisit the list of sectors and reformulate the list of export-import products in view of reflecting the new dynamic and needs,” the minister said, adding that he believes what we once considered "normal" will never return.

Hadimuljono reminded that Turkey and Indonesia did not wait for things to get back to normal to meet and discuss cooperation opportunities during the pandemic.

“The fight against this pandemic in Indonesia with all its impacts is obviously one of the most complex and challenging compared to other countries due to demographic challenges with a population of more than 265 million and geographic challenges of a country with more than 17,000 islands spread throughout three time zones,” the minister said, adding that Indonesia is adapting to the new normal while the spread of the virus is still at a relatively high level.