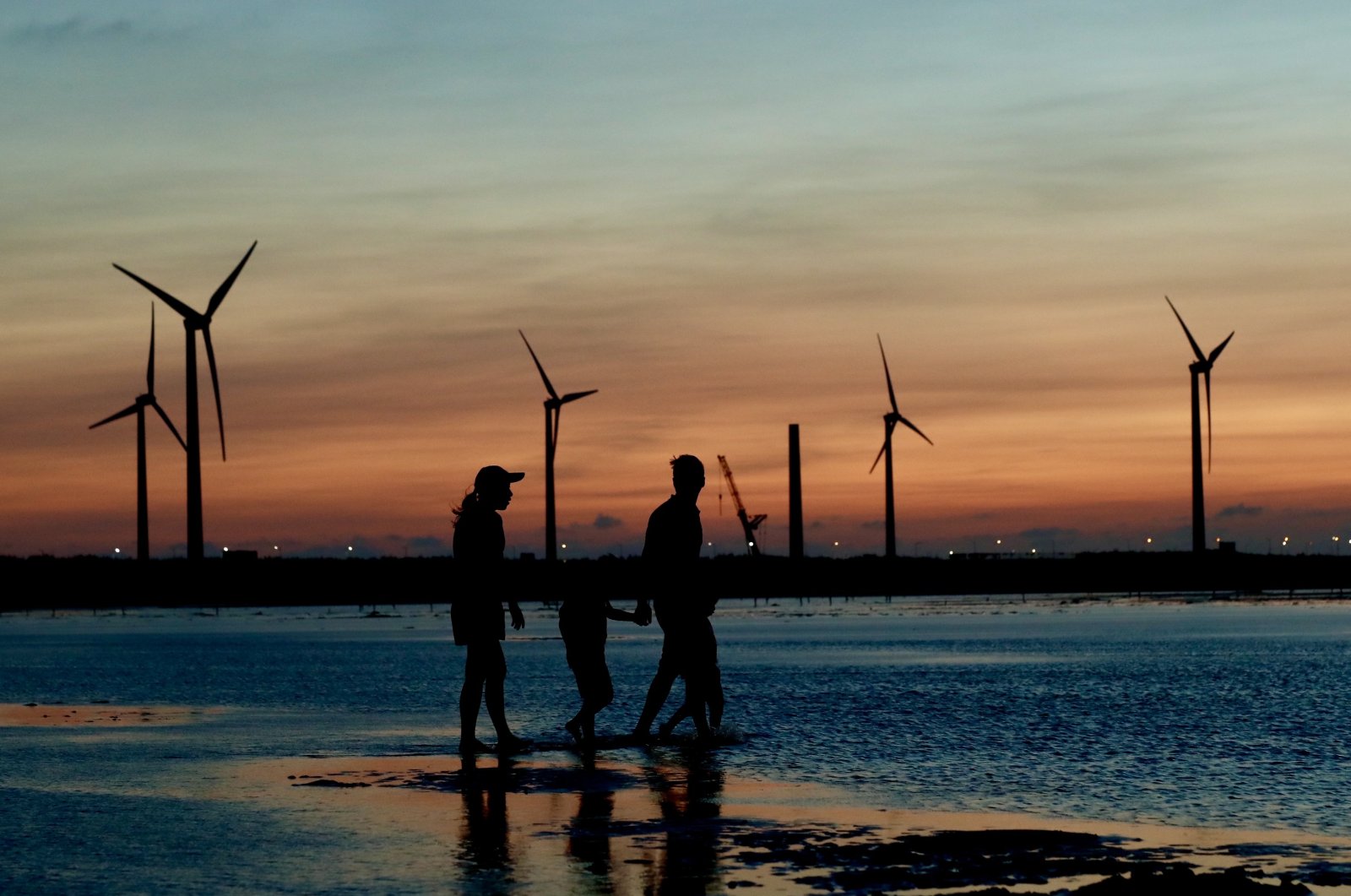 With prominent CEOs agreeing an environmentalist approach is needed for the future of business in Europe, Levent Çakıroğlu, the top executive of Turkey’s prominent conglomerate Koç Holding, and many others have joined the ranks of an action group supporting the European Green Deal

CEOs and senior representatives of 30 European companies have reiterated their support for the European Green Deal as a growth strategy for Europe with a joint statement, the World Economic Forum (WEF) said in a press release Wednesday.

“The COVID-19 recovery is the opportunity to reset Europe’s economy with a new growth model on the path to net-zero emissions, based on circularity, renewable energy and low-carbon industries,” the statement said.

According to the press release, the CEOs said they firmly believe the way out of the current crisis “cannot be more of the same.”

“They commit to reducing their carbon footprint and to embrace new production and work models to play their part in decarbonizing Europe’s economy and achieving climate neutrality by 2050,” the statement said.

A WEF official told Daily Sabah in a statement that Levent Çakıroğlu, the CEO of Koç Holding, one of the most prominent conglomerates in Turkey, will take part in a “CEO Action Group” formed to help the European Green Deal succeed.

“The COVID-19 pandemic requires a massive and coordinated economic stimulus to both mitigate the economic repercussions of the pandemic and, above all, to accelerate the necessary transition to a low carbon economy,” they said.

“We have to take more and faster action with more emphasis on sustainability and circularity. The European Green Deal presents an opportunity to do just this. It requires a strong partnership between business, politics and society. Together we can make Europe the greenest, most innovative and inclusive region in the world, where the Green Deal should provide jobs and economic prosperity at the same time. The action plan announced today by the WEF CEO Action Group for the European Green Deal is an important step with concrete actions to support this agenda.” the officials commented.

WEF President Borge Brende also issued a statement regarding the Green Deal. “The EU is putting in place the largest and greenest stimulus plan ever. It is the right time for businesses to show how they can effectively contribute to achieving the EU’s climate targets. As a next step, this group is working on lighthouse projects, which demonstrate how to step up action in areas such as sustainable transport and mobility, food and agriculture and renewable energy markets,” he said.

According to the press release from the WEF, EU Commission President Ursula von der Leyen, in her State of the European Union speech, is expected to reassert the Green Deal as a central element of Europe’s growth strategy and the region’s recovery efforts later on Wednesday.

“The Green Deal is a once-in-a-generation effort to transform our economy. It is crucial to have European businesses on board, as we will need every company to contribute to climate neutrality and help deliver on the Green Deal. I very much support the efforts of the CEO Action Group to implement the European climate agenda,” Frans Timmermans, the European Commission’s executive vice president in charge of the European Green Deal, also said.