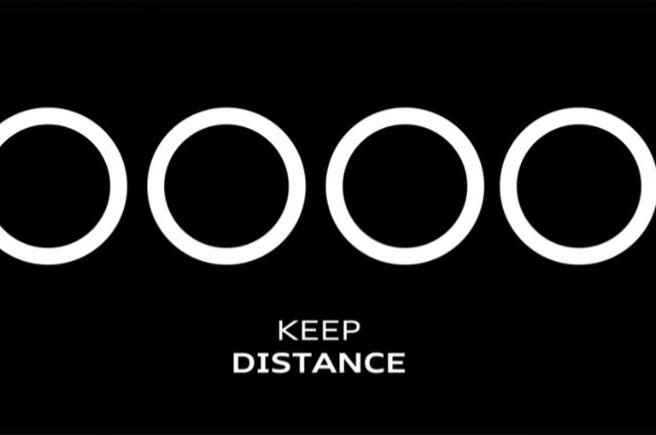 Global automotive giant Mercedes-Benz is the latest to joint the world's biggest brands such as McDonald's, Coca-Cola, Volkswagen, Audi and Nike in promoting social distancing through new logo designs amid the coronavirus outbreak.

The carmaker uploaded a revised version of its logo on its official Facebook account. Similar to what the other two German brands did, Mercedes is putting some additional space between the famed three-pointed star and the ring that surrounds it.

Social distancing means standing 1.5-2 meters (6 feet) apart from each other in order to prevent the further spread of the virus and lower the risk of contracting the disease.

McDonald's Brazil posted a picture on Facebook with pulled apart golden arches emphasizing that in spite of temporary separation the company and its customers "can always be together.”

Coca-Cola promoted “social distancing” through its ad with its logo’s letters separated. “Staying apart is the best way to stay united,” the ad says, referring to the quarantine that has been imposed in many countries.

Audi and Volkswagen were among the brands that encourage people to stay home and keep their distance. While Audi separated its four rings in a video and posted it on their social media account, Volkswagen pulled apart the V and W in its logo. Mercedes-Benz has also joined socially distant logo trend and uploaded the revised version of its logo to Facebook.

The sportswear giant Nike, known for its motto “Just do it,” launched a large social media campaign with world-renowned star athletes such as NBA player Lebron James and golfer Tiger Woods and called people to “play inside, play for the world.” The sports world has been experiencing a temporary lull as large gatherings and several sports events were banned amid the coronavirus outbreak.

Ad executive Douglas Sellers has praised brands for the creativity and innovation they have shown within the scope of social responsibility.

“Our current global situation is no joke. It's a serious matter,” he told CNN Business.