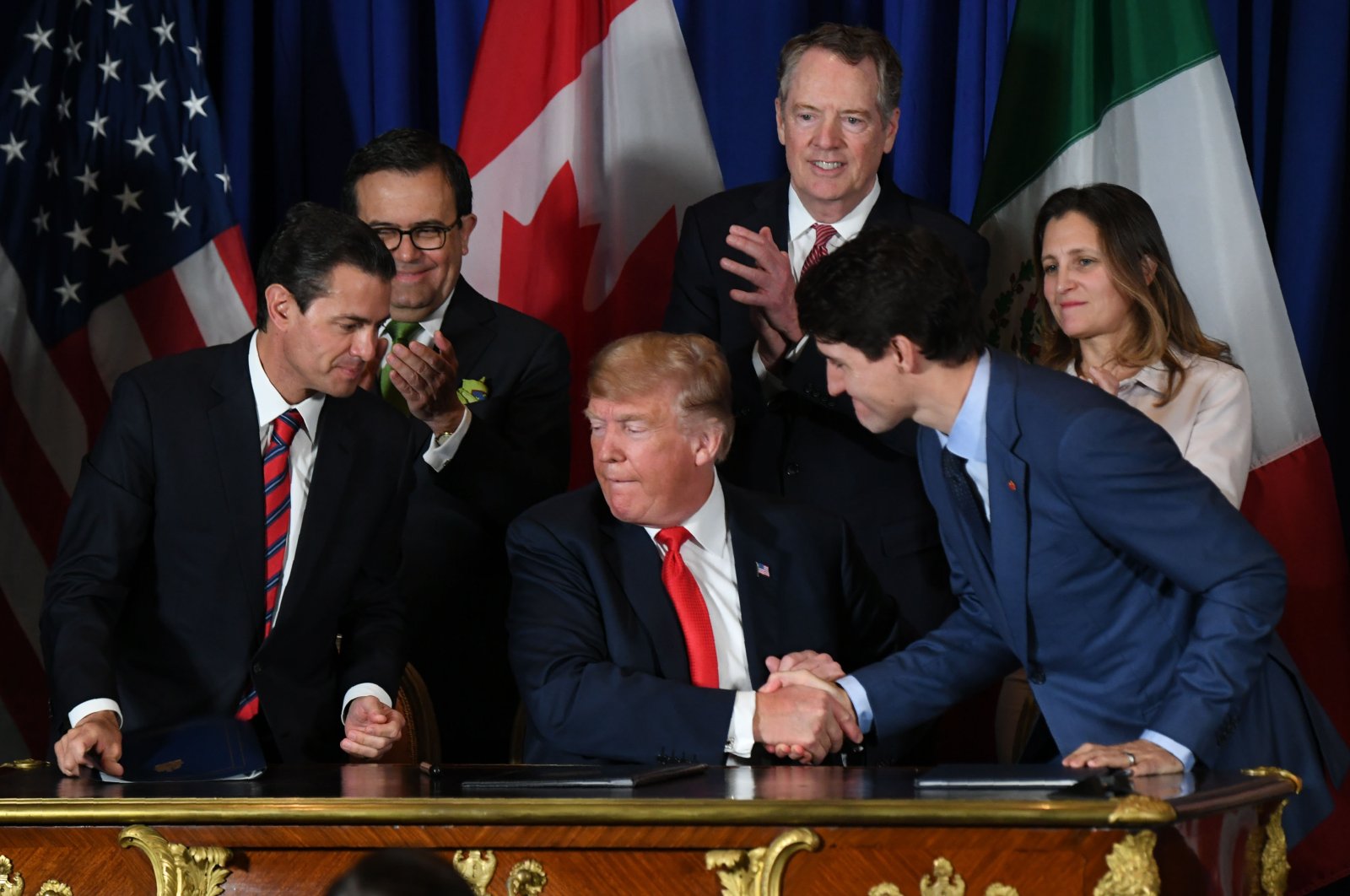 The USMCA trade agreement has been hailed as the start of a new era in North American commerce. Unfortunately, it officially launched in the middle of a pandemic.

Starting Wednesday, the United States-Mexico-Canada Agreement binds nearly half a billion consumers in a single market that comprises about 27% of global GDP, in a region where trade hit $1.2 trillion in 2019.

But that was before COVID-19. Now the borders between the countries are partially closed, and the IMF is forecasting severe drops in all three North American economies this year.

USMCA replaces the 1994 North American Free Trade Agreement (NAFTA) and was negotiated after attacks by U.S. President Donald Trump, who said it destroyed American jobs and was unfair.

"Today marks the beginning of a new and better chapter for trade between the United States, Mexico and Canada, just as President Trump promised he would deliver for the American people," U.S. Trade Representative Robert Lighthizer said in a statement.

"The recovery from the COVID-19 pandemic demonstrates that now, more than ever, the United States must stop the outsourcing of jobs and increase our manufacturing capacity and investment here at home."

Trump threatened to rip up NAFTA and pushed Canada and Mexico to come to the bargaining table. Following marathon talks, the three parties signed the initial version of the new trade agreement in November 2018.

Mexico ratified it in December 2019, and Trump signed the pact into law in January after amendments demanded by Democratic lawmakers. Canada's parliament adopted it in March.

The USMCA changes rules on auto manufacturing to boost U.S. jobs, including requiring that close to half of North American auto production come from higher paid workers, as well as imposing tougher labor provisions that obliged Mexico to reforms its laws.

It remains to be seen if the measures will achieve Trump's goal of creating more American jobs: some Japanese firms have opted to raise wages in Mexico by as much as three times the amount rather than move production to U.S. factories, according to reports.

The Washington-based National Foreign Trade Council said Wednesday the agreement would hopefully end "a long three years of uncertainty for countless U.S. businesses," but its success will depend on how it's implemented.

While experts worry the rule changes will raise costs for automakers and prices for car-buying consumers, the USMCA also updates rules on e-commerce, intellectual property protections and dispute settlement for investors, improving on NAFTA.

"We think now's the time to be thinking about our competitiveness together, and our ability to innovate to... preserve jobs that allow us to be globally competitive," Canada's Chief Trade Commissioner Ailish Campbell said in a videoconference on Tuesday organized by the Wilson Center in Washington.

But first the countries will have to get through this year, when the IMF projects the U.S. economy will shrink by 8%, Canada by 8.4% and Mexico by 10.5%.

U.S. borders are closed to non-essential travel until July 21 due to the pandemic, though cross-border trade is exempted.

Even amid the pandemic uncertainty, the deal gives Trump, who has pursued multiple trade disputes, notably with China and the European Union, an accomplishment to tout in what is expected to be a tough re-election battle in November.

The IMF said the new deal is positive for Mexico, but will not make up for the fall in investment and expected economic downturn caused by the coronavirus over the next two years.

Mexican Undersecretary for Foreign Trade Luz Maria de La Mora noted that the United States is Mexico's top trading partner, and said she expected the deal to pay off in years ahead.

"My desire is that, one year from now, we will be able to be back on track in terms of the activity in North America and be able to maintain that dynamism," she said at the Wilson Center.