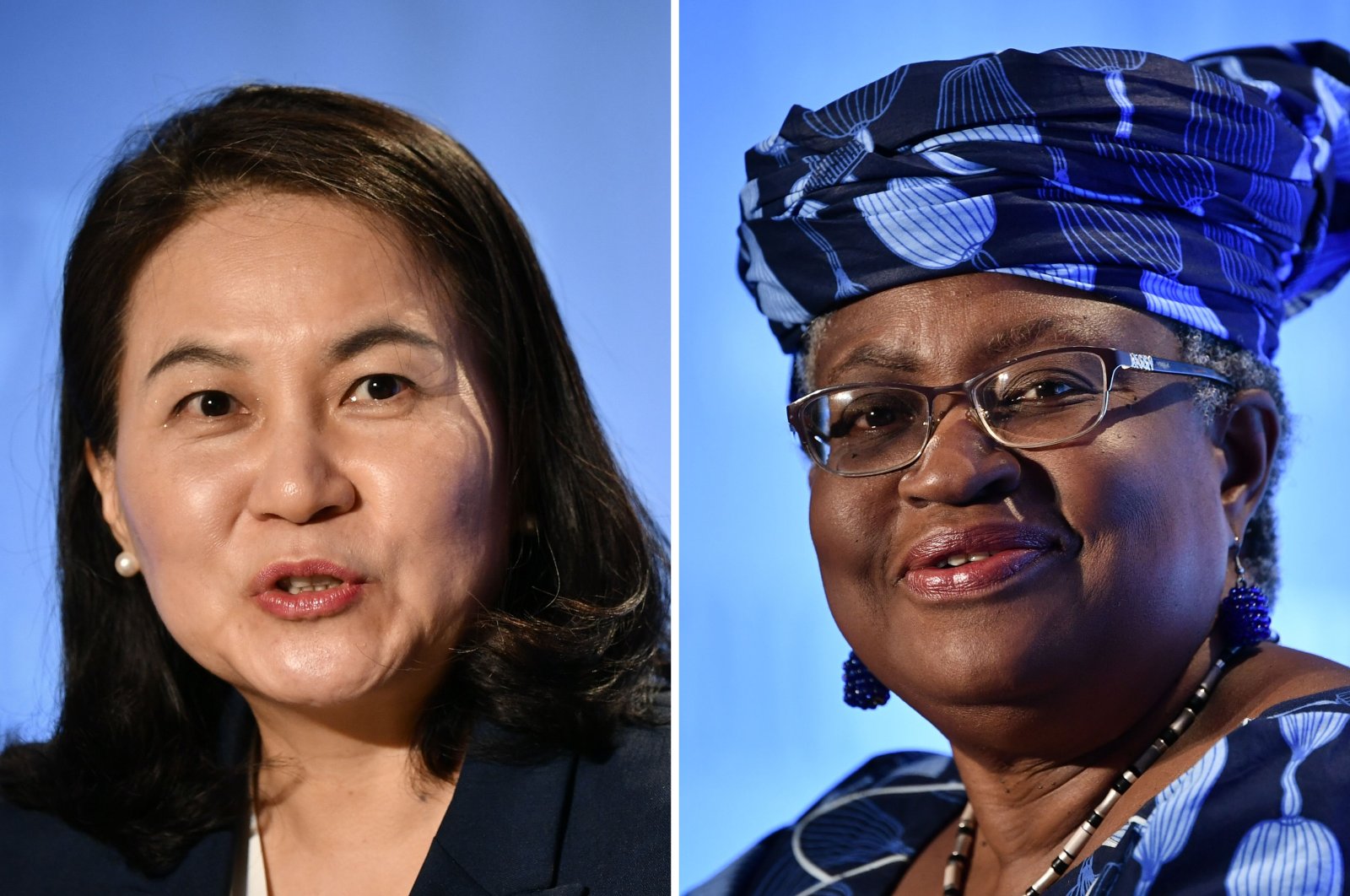 The WTO said Thursday that the two women were the remaining candidates for director-general after the field was cut from five to two, confirming what Reuters reported Wednesday.

The winner will replace Brazilian Roberto Azevedo, who stepped down a year earlier than expected at the end of August. The WTO aims to find a successor by early November.

"Both of the women that are in the final round are remarkably well qualified. This is something on which everyone has agreed," WTO spokesperson Keith Rockwell told reporters, making the announcement at WTO headquarters in Geneva.

Okonjo-Iweala, 66, a former Nigerian finance and foreign minister, is an economist and development specialist now serving as board chair of global vaccine alliance Gavi. She has said the WTO should play a role in helping poorer countries access COVID-19 drugs and vaccines.

Yoo, 53, South Korea's trade minister, is pitching herself as an experienced operator on trade in challenging times after clinching deals with the U.S., China and others, while supporting global rules.

The WTO will hold a third and final selection round on Oct. 19-27, with a view to having a director-general in place by early November, when the U.S. presidential election also takes place.

"I don't think the domestic political situation of any country has really entered into this at all, as far as I can tell," Rockwell said, when asked if the election had had an impact.

The winning candidate will face formidable challenges with rising global tensions and protectionism during a COVID-induced slowdown, most obviously between China and U.S. President Donald Trump's administration, as well as pressure to drive reforms.