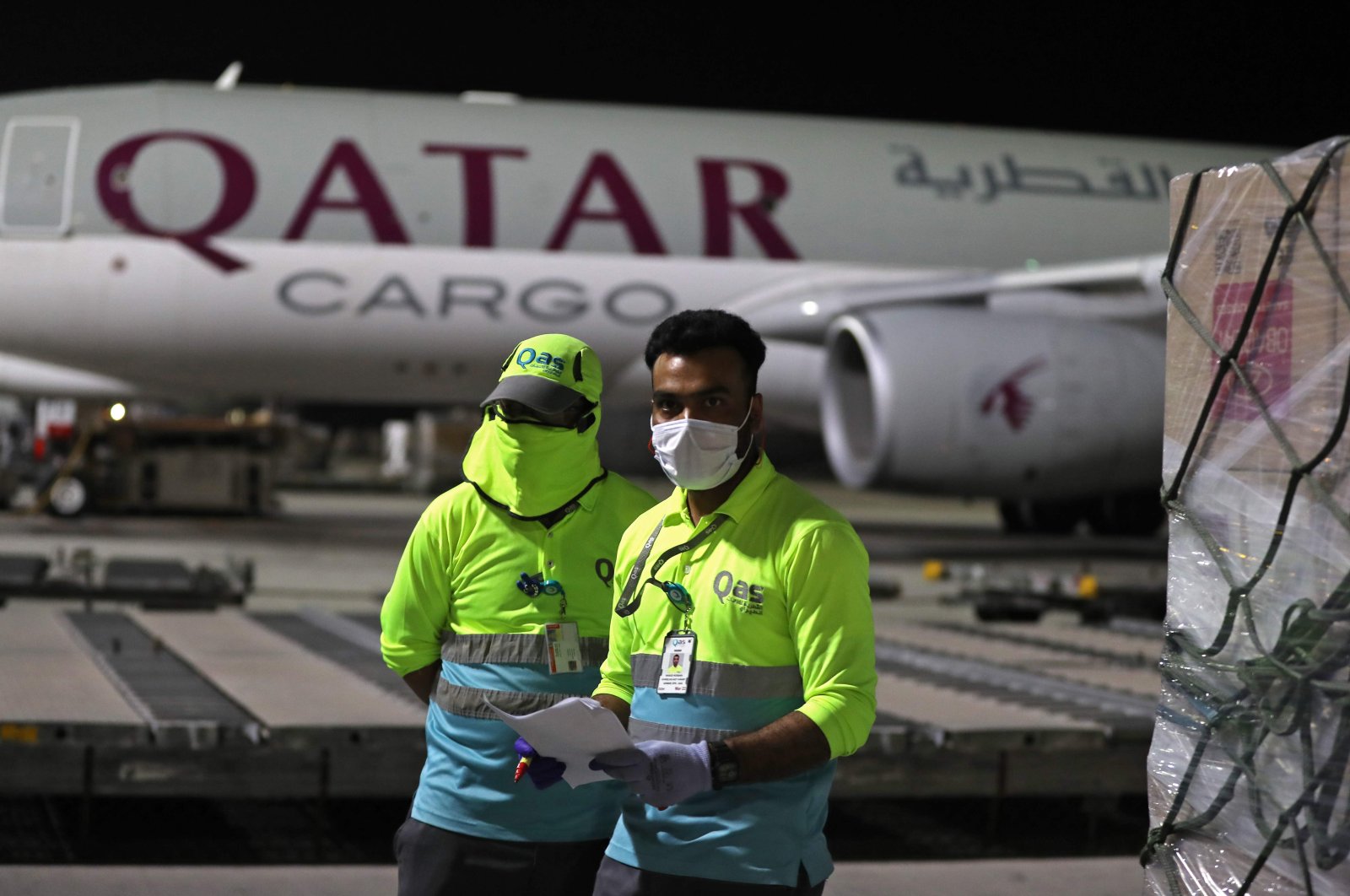 Supplies to tackle the coronavirus pandemic donated by the Qatar Fund for Development are loaded onto a Qatar Airways flight to Kigali, Rwanda, at Hamad International Airport, Doha, Qatar, April 28, 2020. (AFP Photo)
by ASSOCIATED PRESS May 06, 2020 11:52 am
RECOMMENDED

Long-haul carrier Qatar Airways said Wednesday that it will lay off staff as the coronavirus pandemic largely has grounded the global aviation industry.

The Doha-based carrier offered no figures for the number of employees who will be laid off by the carrier, one of the three major airlines in the Persian Gulf region created to capitalize on East-West travel. However, an emailed memo from the airline's CEO that leaked online said the number would be “substantial" and include members of its cabin crew.

“The global outlook for our industry looks grim and many airlines are closing or significantly reducing operations,” Akbar Al Baker wrote in the memo, dated Sunday. “Now, we have to face a new reality, where many borders are closed, rendering many of our destinations closed and aircraft grounded as a result, with no foreseeable outlook for immediate, positive change.”

Qatar Airways sent a statement to The Associated Press (AP) on Wednesday confirming the layoffs.

“The unparalleled impact on our industry has caused significant challenges for all airlines, and we must act decisively to protect the future of our business,” the statement said.

Both Qatar Airways and Al Baker said the airline hoped to rehire staff quickly once global aviation emerges from the pandemic.

Qatar Airways, which began flying in 1994, has a fleet of over 200 aircraft that it flies out of Doha's recently built Hamad International Airport. It competes with Abu Dhabi-based Etihad Airways and Dubai-based Emirates, two other state-owned airlines now facing the dire economic situation brought on by the coronavirus and the COVID-19 disease it causes.

Since the pandemic, Qatar Airways like other Gulf airlines has flown repatriation flights, as well as stepped up its cargo operations. But the pandemic has chewed away the aviation industry to the point that Emirates President Tim Clark warned in a recent conference call that "85% of all airlines will be insolvent within two or three months” without government assistance.

Qatar Airways already faced challenges before the pandemic. In 2017, a group of four Arab countries, including the United Arab Emirates, began a boycott of Doha over a political dispute that continues today, affecting the airline's ability to reach vital markets and fly over those nations.

Qatar is a small, energy-rich nation on the Arabian Peninsula that juts out like a thumb into the Persian Gulf. The country is also home to the vast Al-Udeid Air Base, which hosts some 10,000 American troops and the forward headquarters of the U.S. military's Central Command.