Record trade plunge ‘could have been much worse,’ WTO says 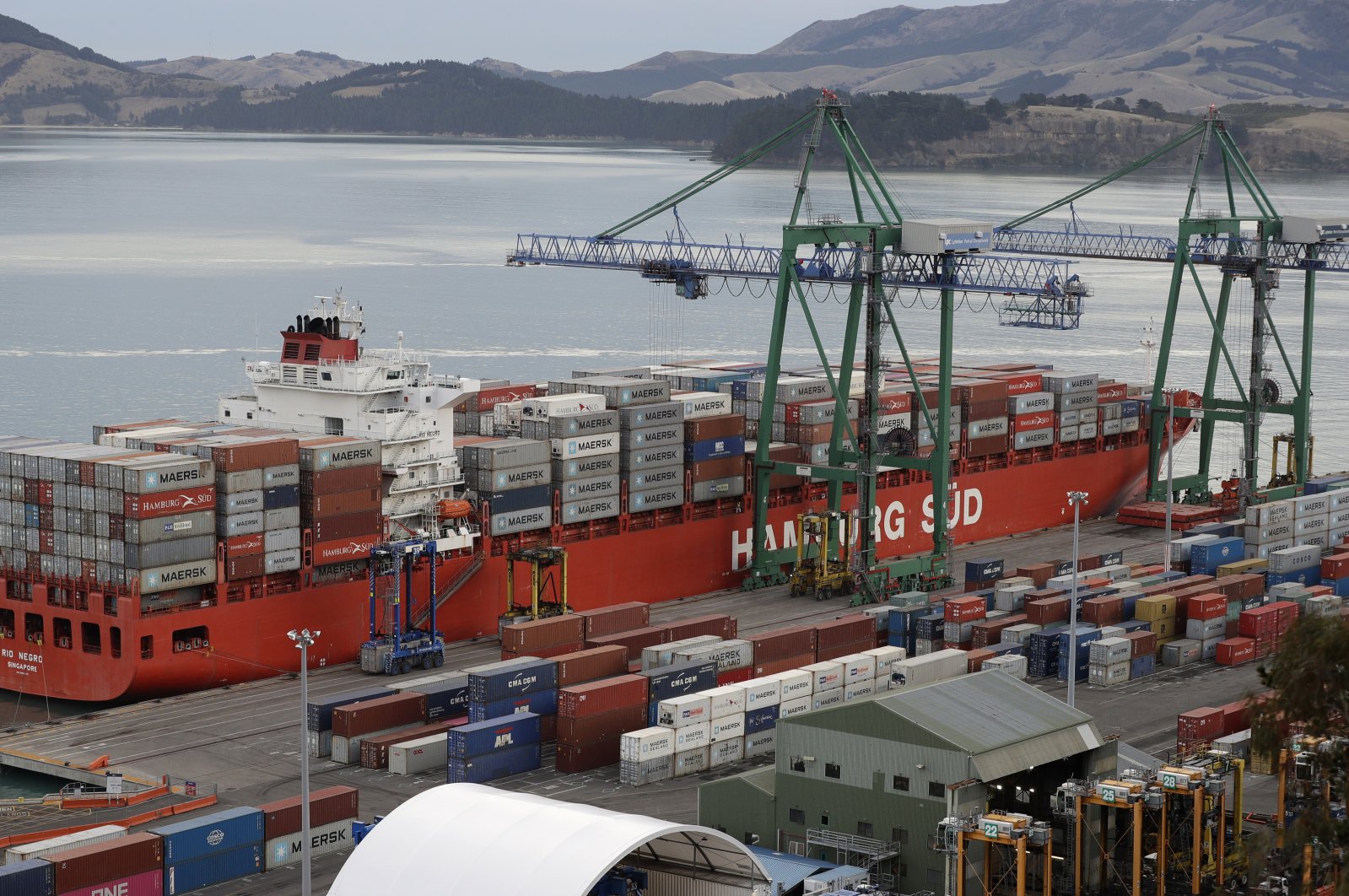 Containers are loaded onto a ship for export at Lyttelton Port near Christchurch, New Zealand, June 3, 2020. (AP Photo)
by Daily Sabah with Wires Jun 23, 2020 12:35 pm
RECOMMENDED

Global trade fell by a record amount in the first months of the year as the coronavirus pandemic upended the global economy, but stopped short of a worst-case scenario, the World Trade Organization (WTO) said Tuesday.

The WTO did not set new figures Tuesday but said rapid responses by governments helped temper the contraction and that, although trade volumes are expected to register a steep decline in 2020, its pessimistic scenario for this year was unlikely.

The volume of merchandise trade in fact shrank by 3% in the first quarter, the WTO said, and initial estimates pointed to a year-on-year decline of 18.5% for the second quarter.

"These declines are historically large, but could have been much worse," it said.

"The fall in trade we are now seeing is historically large – in fact, it would be the steepest on record. But there is an important silver lining here: it could have been much worse," said WTO director-general Roberto Azevedo.

"This is genuinely positive news but we cannot afford to be complacent. Policy decisions have been critical in softening the ongoing blow to output and trade, and they will continue to play an important role in determining the pace of economic recovery. For output and trade to rebound strongly in 2021, fiscal, monetary, and trade policies will all need to keep pulling in the same direction," Azevedo noted.

The WTO said governments had reacted quicker than in the 2008-2009 crisis and income support had encouraged consumers to keep spending. Some sectors such as automobiles had fallen sharply, but others such as electronics had held up well.

If trade were to grow by 2.5% per quarter for the rest of the year, the more optimistic projection of minus 13% could be met, though that would still be worse than at the height of the financial crisis in 2009, when trade dropped by 12.5%.

"In light of available trade data for the second quarter, the April forecast’s pessimistic scenario, which assumed even greater health and economic costs than what had transpired, appears less likely, since it implied sharper declines in the first and second quarters," the trade body noted.

The WTO said most of the decline in output over the first two quarters has been concentrated in services industries such as hospitality, personal services and entertainment.

While car sales in China are rebounding from extreme lows, up 5% year-on-year in May after falling 79% in February, auto sales in western Europe and the U.S. were still down sharply in May, the WTO said.

With COVID-19 associated lockdown measures being increasingly relaxed across the world, the trade body said these developments were reflected in a variety of economic indicators which, taken together, suggest trade may have possibly bottomed out in the second quarter of 2020.

"Global commercial flights, which carry a substantial amount of international air cargo, were down nearly three quarters (minus 74%) between Jan. 5 and April 18, and have since risen 58% through mid-June. Container port throughput also appears to have staged a partial recovery in June compared to May. Meanwhile, indices of new export orders from purchasing managers' indices also started to recover in May after record drops in April,” it said.

"It is useful to keep in mind that these rebounds follow historic or near-historic declines, and will need to be monitored carefully before drawing any definitive conclusions about the recovery," it added.

Trade could then recover only by about 5%, leaving it well short of the pre-pandemic trend. On the other hand, it added, a quick return to its pre-pandemic trajectory would imply trade growth in 2021 of around 20%, in line with the April forecast’s optimistic scenario. Monetary, fiscal and trade choices will play a significant role, the WTO said.