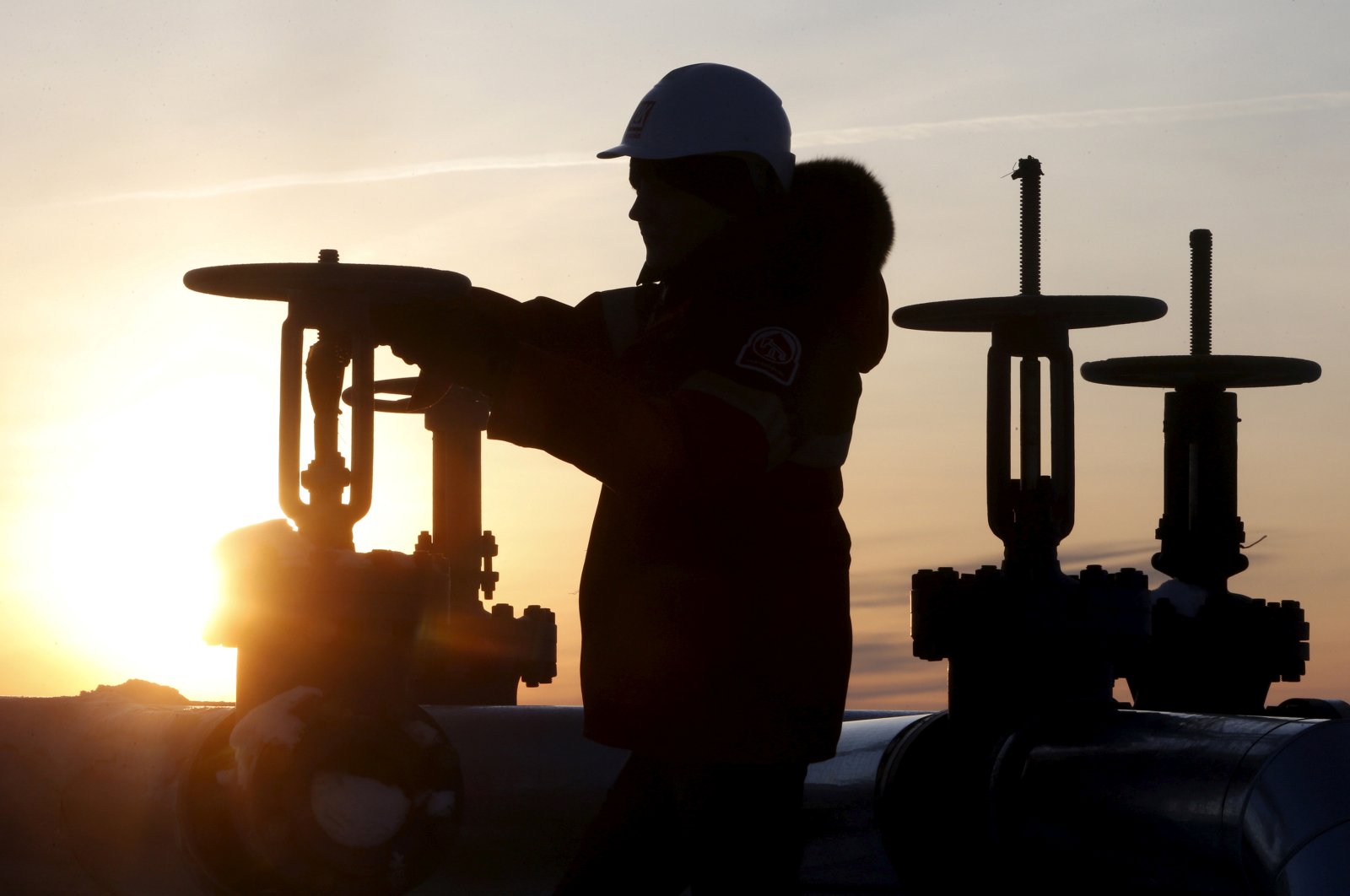 A worker checks the valve of an oil pipe at the Lukoil company owned Imilorskoye oil field outside the West Siberian city of Kogalym, Russia, January 25, 2016. (REUTERS Photo)
by Compiled from Wire Services Apr 21, 2020 3:52 pm
RECOMMENDED

The Kremlin said on Tuesday that contacts between leading global oil producers could be set up to discuss their output deal if needed after oil prices fell sharply due to overproduction and the global spread of the novel coronavirus.

U.S. oil futures traded in negative territory after sinking nearly $40 the previous session in their first-ever dive below zero, as concern grew the sector will run out of storage for a glut caused by the coronavirus lockdown.

This week's massive sell-off came ahead of Tuesday's expiry of the May contract. Most trading has moved to the June contract, which was down about 20% at $16.33 per barrel.

"There exist all the mechanisms to check up on our positions with our partners on this deal (between OPEC+ producers)," Kremlin spokesman Dmitry Peskov told a daily conference call with reporters, adding that "necessary and due" contacts could be organized if needed.

He also linked the collapse of oil futures to "speculative" trading, adding that the Russian government had all the reserves it needed to offset the low price of oil, its main export.

On Monday, Russia’s second-largest oil producer Lukoil announced that it will reduce its output by 18%, equivalent to more than 40,000 tons per day as part of the new OPEC+ production cut deal

"And I think that we and all other companies will fulfill this amount, which was brought to us by the energy ministry," Russian Interfax news agency cited the company's CEO Vagit Alekperov as saying.

Lukoil expects an oil price of $30 per barrel after the start of the agreement.

Saudi Arabia-led OPEC and Russia-led non-OPEC oil-producing countries, known as OPEC+, agreed on April 12 to lower their collective oil production by 9.7 million barrels per day in May-June to trim some of the oversupply in the global oil market.