China Telecom banned in US over national security concerns 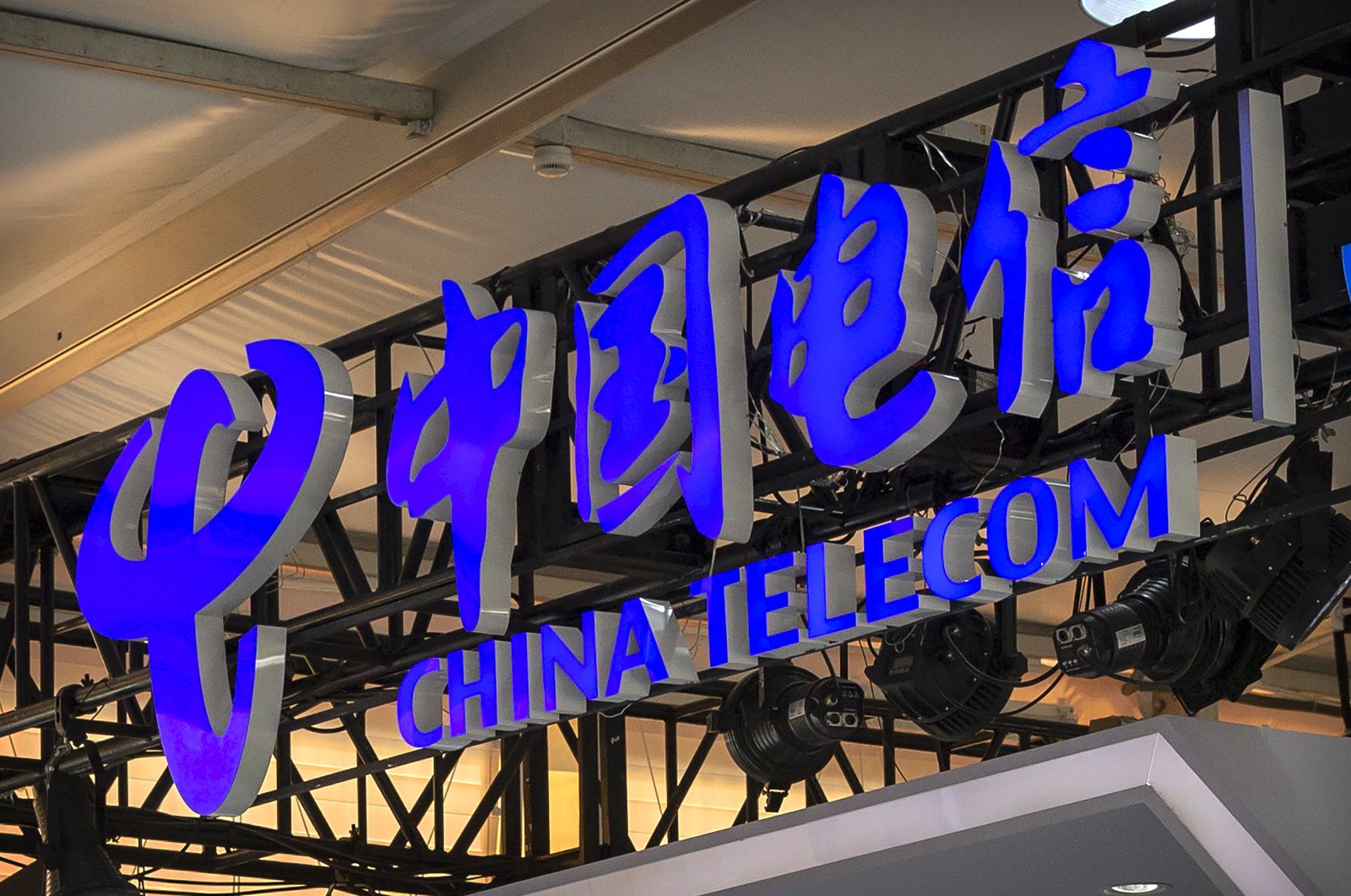 The logo of the Chinese telecommunications firm China Telecom is seen at a booth at the China International Fair for Trade in Services (CIFTIS) in Beijing, People's Republic of China, Sept. 5, 2020. (AP Photo)
by French Press Agency - AFP Oct 27, 2021 9:10 am
RECOMMENDED

Worried over “significant” national security concerns, the United States on Tuesday banned China Telecom from operating in the country, straining already tense relations between the superpowers to a greater extent.

The move marks the latest salvo in a long-running standoff that has pitted the world's biggest two economies against each other over a range of issues including Taiwan, Hong Kong, human rights, trade and technology.

It also comes as U.S. President Joe Biden presses ahead with a hardline policy against Beijing broadly in line with that of his predecessor Donald Trump, whose bombastic approach sent tensions soaring.

The Federal Communications Commission (FCC) ordered China Telecom Americas to discontinue its services within 60 days, ending a nearly 20-year operation in the States.

The firm's "ownership and control by the Chinese government raise significant national security and law enforcement risks," the FCC said in a statement.

It warned that it gives opportunities for Beijing "to access, store, disrupt, and/or misroute US communications, which in turn allow them to engage in espionage and other harmful activities against the United States."

The announcement came hours after Chinese Vice Premier Liu He and Treasury Secretary Janet Yellen held a video call, with discussions on trade that Beijing described as "pragmatic, candid and constructive."

It will also raise the stakes for virtual talks planned to take place later in the year between Biden and his Chinese counterpart Xi Jinping.

"The FCC's decision is disappointing," China Telecom spokesperson Ge Yu said in an email, according to Bloomberg News. "We plan to pursue all available options while continuing to serve our customers." There was no response to an email sent to the press contact at the Chinese embassy in Washington.

China Telecom is China's largest fixed-line operator, and its shares jumped some 20% in August in its Shanghai stock debut.

But it has faced turbulence in the United States for years, particularly during Trump's presidency as the former president repeatedly clashed with Beijing over trade.

The company was delisted by the New York Stock Exchange in January along with fellow state-owned telecoms firms China Mobile and China Unicom.

That followed a Trump executive order banning investments by Americans in a range of companies deemed to be supplying or supporting China's military and security apparatus.

Trump's White House in 2018 began an aggressive campaign to short-circuit the global ambitions of Huawei, cutting the tech giant off from key components and banning it from using Google's Android services.

"(The move) sends a broader message to Beijing, that regardless of who's president, the US continues to be concerned about the risks posed by Chinese tech firms operating in the US," Martijn Rasser, of the Center for a New American Security in Washington, told Bloomberg.