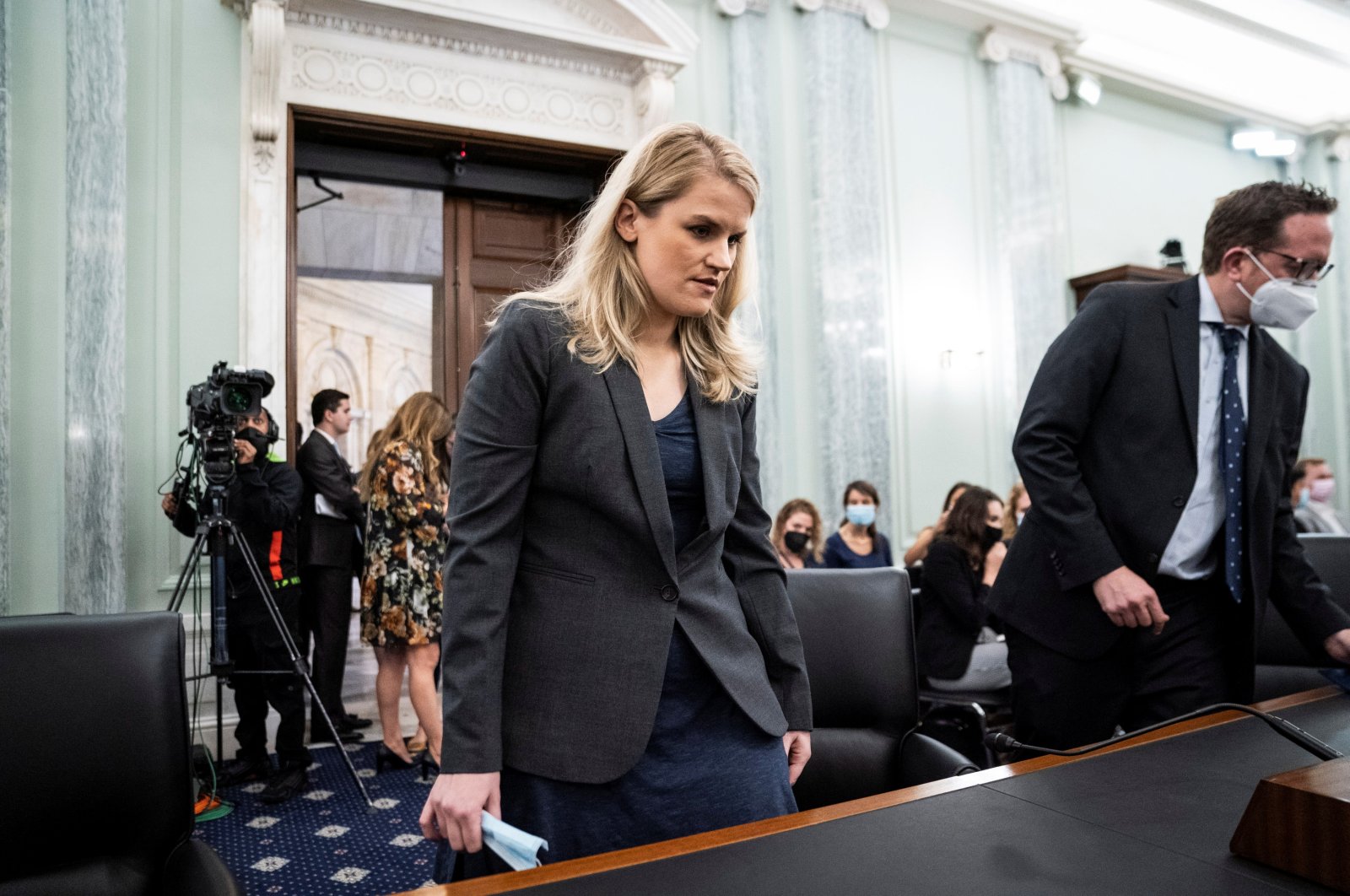 She was speaking at a U.S. Senate Committee on Commerce, Science, and Transportation hearing entitled "Protecting Kids Online: Testimony from a Facebook Whistleblower."

"Facebook executives know how to make their products safer, but they put their astronomical profits before people," she added.

"Congressional action is needed. They won't solve this crisis without your help," she added.

In her testimony, she noted the danger of the power in the hands of a service that is woven into the daily lives of so many people.

"The company intentionally hides vital information from the public, from the U.S. government and from governments around the world," Haugen's statement said.

She spoke less than a day after Facebook, its photosharing app Instagram and messaging service WhatsApp went offline for roughly seven hours, hitting potentially billions of users and highlighting global dependence on its services.

"Here's my message for (Facebook CEO) Mark Zuckerberg. Your time of invading our privacy, promoting toxic content and preying on children and teens is over," said Sen. Ed Markey.

"Congress will be taking action ... we will not allow your company to harm our children, our families and our democracy anymore," he added.

Sen. Amy Klobuchar said she sees the whistleblower disclosures as the long-needed push to get Congress moving.

"I think the time has come for action, and I think you are the catalyst for that action," she told Haugen.

Haugen was identified in a “60 Minutes” interview Sunday as the woman who anonymously filed complaints with federal law enforcement that the company's own research shows how it magnifies hate and misinformation.

Haugen, who worked at Google and Pinterest before joining Facebook in 2019, said she had asked to work in an area of the company that fights misinformation since she lost a friend to online conspiracy theories.

“Facebook, over and over again, has shown it chooses profit over safety,” she said.

Haugen said she hopes that by coming forward the government will put regulations in place to govern the company's activities.

She said Facebook prematurely turned off safeguards designed to thwart misinformation and rabble-rousing after Joe Biden defeated Donald Trump last year, alleging that contributed to the deadly Jan. 6 invasion of the U.S. Capitol.