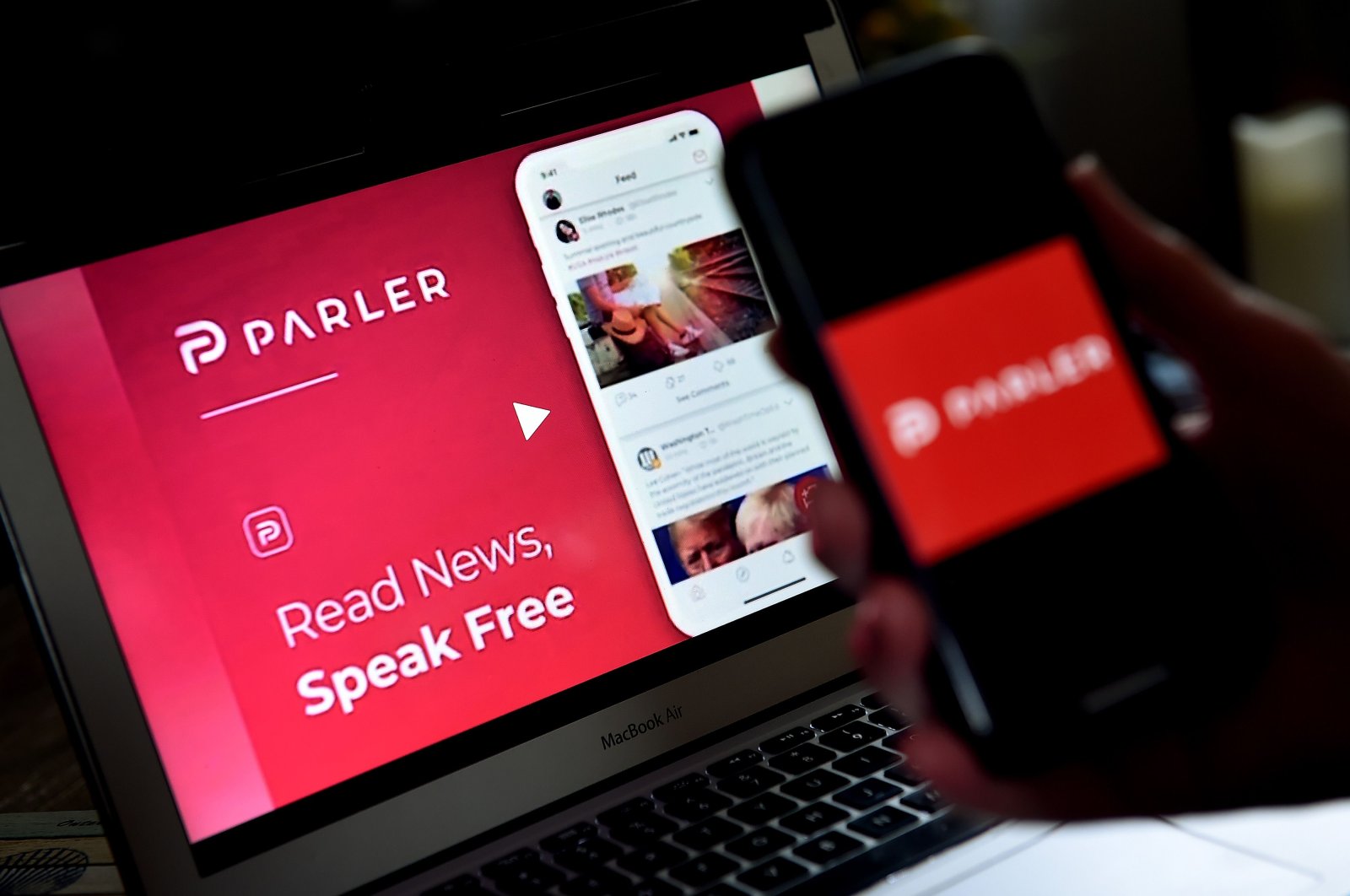 An illustration picture shows a social media application logo from Parler displayed on a smartphone with its website in the background in Arlington, Virginia, the U.S., July 1, 2020. (AFP Photo)
by French Press Agency - AFP Jan 11, 2021 3:07 pm
RECOMMENDED

The conservative social network Parler was forced offline Monday, tracking websites showed, after Amazon warned the company would lose access to its servers for its failure to properly police violent content.

The site's popularity soared in recent weeks, becoming the No. 1 download from Apple's App Store after the much larger Twitter banned U.S. President Donald Trump from its platform for his role in inciting a riot at the U.S. Capitol last week.

Messages of support for Wednesday's attack in Washington, D.C. – along with calls for more demonstrations – had flourished on the platform, leading Google to remove it from its app store on Friday, followed by Apple on Saturday.

Amazon then confirmed it would suspend the platform from its cloud hosting services for allowing "threats of violence."

Tracking website Down For Everyone Or Just Me showed Parler offline from just after midnight, suggesting its owners had not been able to find a new hosting partner.

In a series of posts on Parler before the site went down, CEO John Matze accused the tech giants of a "war on free speech."

"They will NOT win! We are the worlds last hope for free speech and free information," he said.

Parler did not respond to a request for comment from Agence France-Presse (AFP).

In its early days, the platform attracted a crowd of ultra-conservative and even extreme-right users.

But it now attracts many more traditional Republican voices.

Trump is not known to have a Parler profile.

Parler's recent growth was supercharged after last week's violence in D.C. as new users, furious over Twitter's ban on Trump, flocked to the app.

In one now-deleted post, an account purporting to belong to Lin Wood, a pro-Trump lawyer, called for Vice President Mike Pence to be put in front of a firing squad – threats which U.S. media have reported led to a Secret Service investigation.

Supporters of Trump expressed outrage at the news of the website being taken down.

Ahead of the shutdown, the president's son, Donald Trump Jr., complained that "big tech has totally eliminated the notion of free speech in America."

With tech giants making their opposition clear, conservative sites such as Parler are likely going to have to find ways to adjust.

The DLive video streaming service, used by several protesters during the invasion of the Capitol, closed seven of its channels and pulled more than 100 videos from the site.

Gab may now also become a model for other websites, with CEO Andrew Torba claiming it had attracted 600,000 new users Sunday.

The platform drew fierce criticism in 2018 when investigators found that the shooter who killed 11 people in an attack on a Pittsburgh synagogue had earlier posted anti-Semitic messages on the site.

It has installed its own servers so as not to be dependent on outside providers.