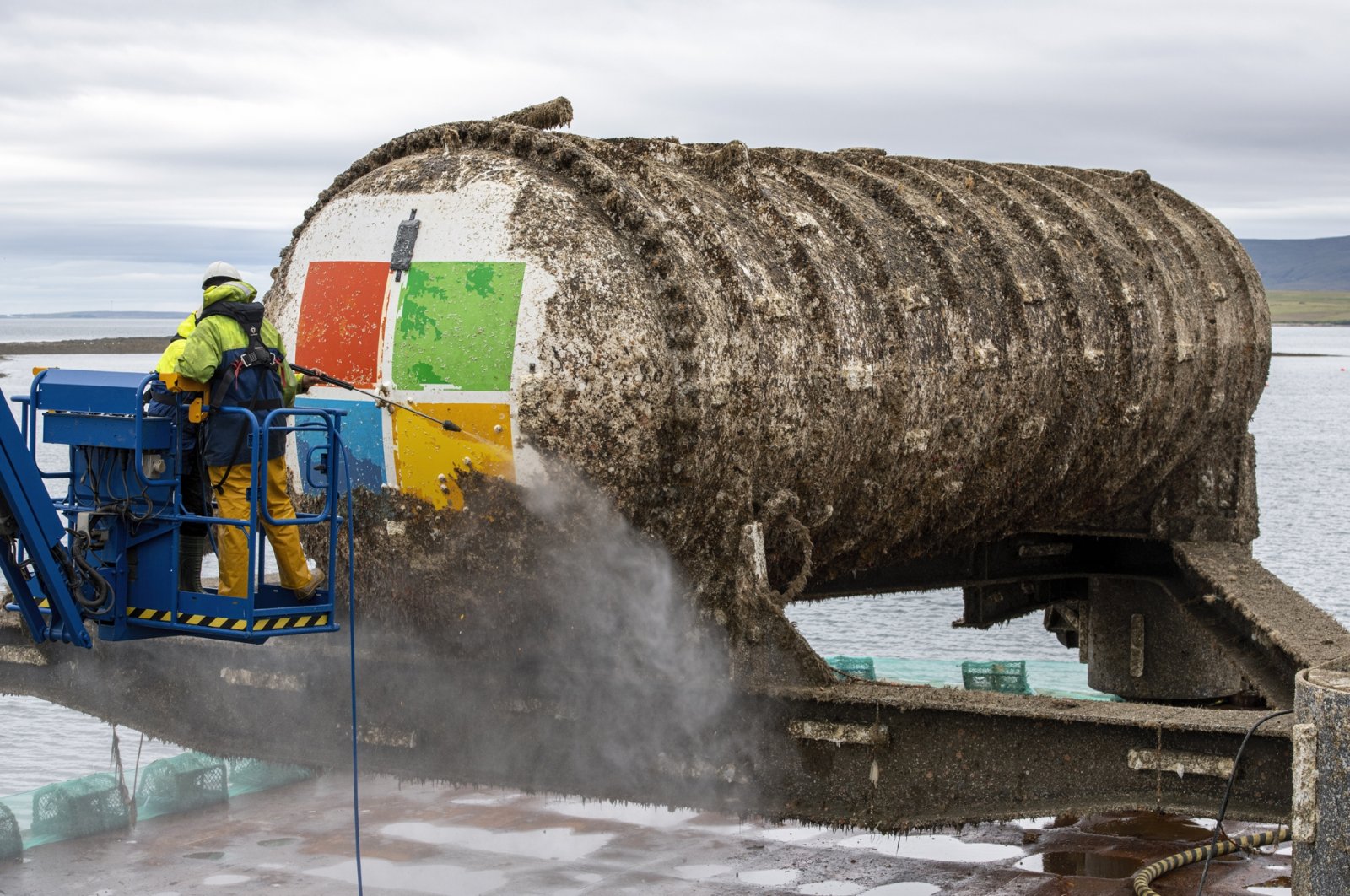 Two years after submerging a data center off the Orkney archipelago in northern Scotland in a project to save on the energy used to cool the servers on land, Microsoft finally retrieved the cylinder holding the computers to study the results of the experiment, the company announced Monday.

Consisting of a 40-foot- (12.2-meter-) long white cylinder containing 864 servers – enough to store 5 million movies – the data center was submerged in June 2018 as an experimental test for alternative cooling solutions for data centers.

The goal of the experiment was to assess the viability of building data centers underwater and make use of free access to cooling – which is one of the biggest costs for land-based data centers. It is also far quicker to deploy a data center offshore than build one on land.

The downside is that if the computers on board break, they cannot be repaired. The data center is also very small compared to the giant warehouses used to store the world's information.

But according to Microsoft, its latest test proved underwater data centers were not only better solutions for cooling, but they offered improved reliability as well.

After the watertight steel tube was retrieved from the seabed and given a power wash to remove barnacles and algae from its surface, Microsoft engineers unsealed the cylinder to study the conditions inside.

“The team hypothesized that a sealed container on the ocean floor could provide ways to improve the overall reliability of data centers. On land, corrosion from oxygen and humidity, temperature fluctuations and bumps and jostles from people who replace broken components are all variables that can contribute to equipment failure. The Northern Isles deployment confirmed their hypothesis, which could have implications for datacenters on land,” Microsoft said.

According to Microsoft, preliminary analysis revealed a failure rate of one-eight compared to on land data servers.

While Microsoft’s two-year experiment offered valuable insights for alternative solutions, the long-term effects and scalability of underwater data centers are yet to be determined.