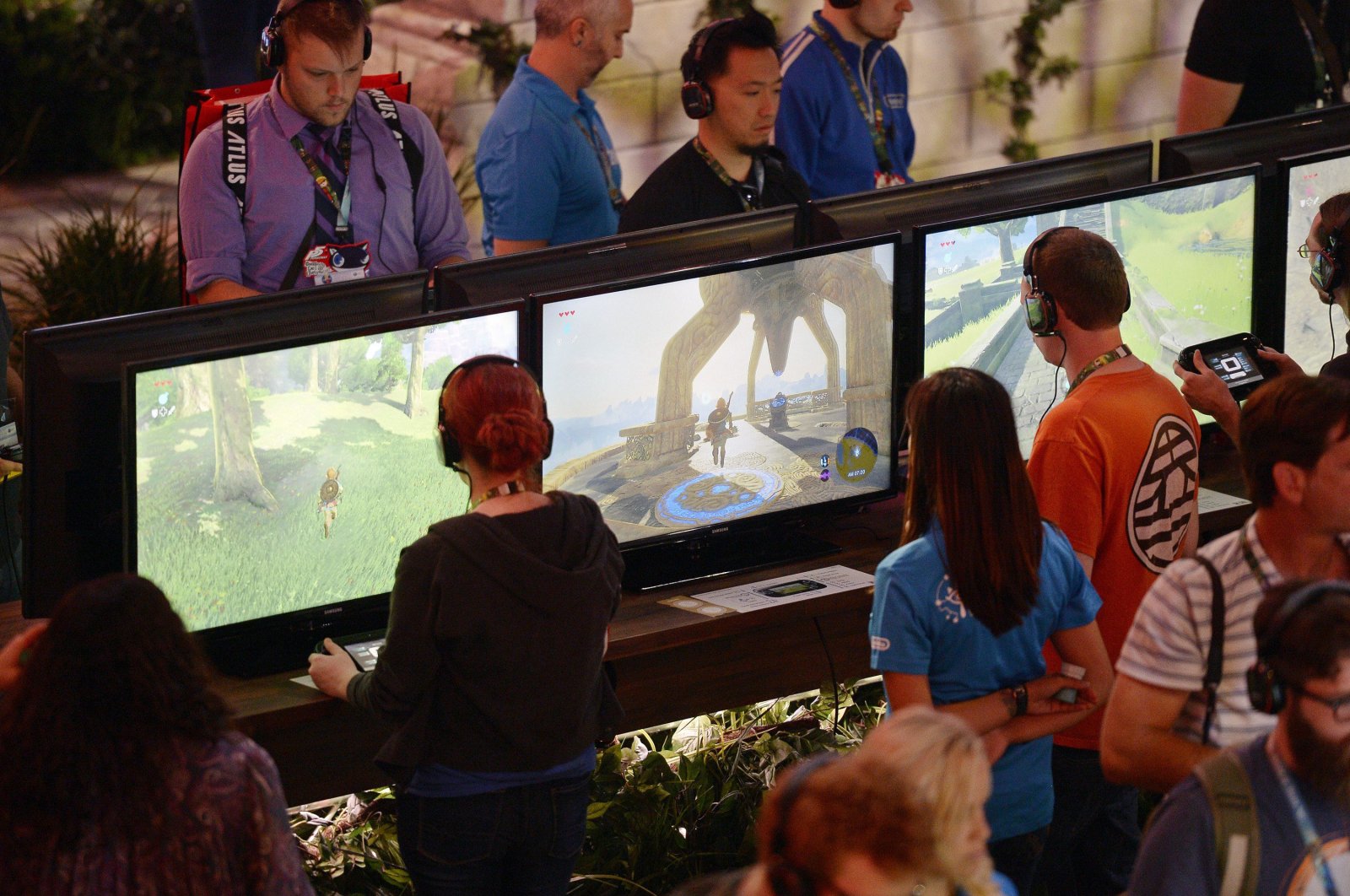 Gamers try out "The Legend of Zelda: Breath of the Wild" in the Nintendo booth during the annual E3 2016 gaming conference at the Los Angeles Convention Center in Los Angeles, California, June 14, 2016. (AFP File Photo)
by German Press Agency - DPA Mar 12, 2020 10:28 am
RECOMMENDED

One of the world's largest games fairs, the E3, is the latest major tech event to be canceled by organizers amid fears of the spread of the coronavirus.

The conference, famed as the launch site of countless blockbuster games, consoles and other gaming gear, will instead resort to online streaming, organizers announced on Wednesday.

The Electronic Entertainment Expo (E3) in Los Angeles is seen as one of the most important platforms for unveiling new games and features numerous gameplay trailers and sampling stations from a range of high-profile industry designers.

This year, however, several industry heavyweights, including Sony, had already canceled their participation.

This year's E3, scheduled to take place from June 9 to 11, is the latest in a string of tech events to be canceled, following the Mobile World Congress in Barcelona and developer conferences from Facebook and Google.

"The E3 team is devastated to share this news," organizers said. "This decision was not reached lightly, but it is the right one for the health and safety of all involved."

"Most people only think of E3 as press conferences, but those will be easily replicated," Schreier said on Twitter. "The repercussions will come from the deals that don't happen: the indie pitches and biz lunches and chance meetings that can save companies."