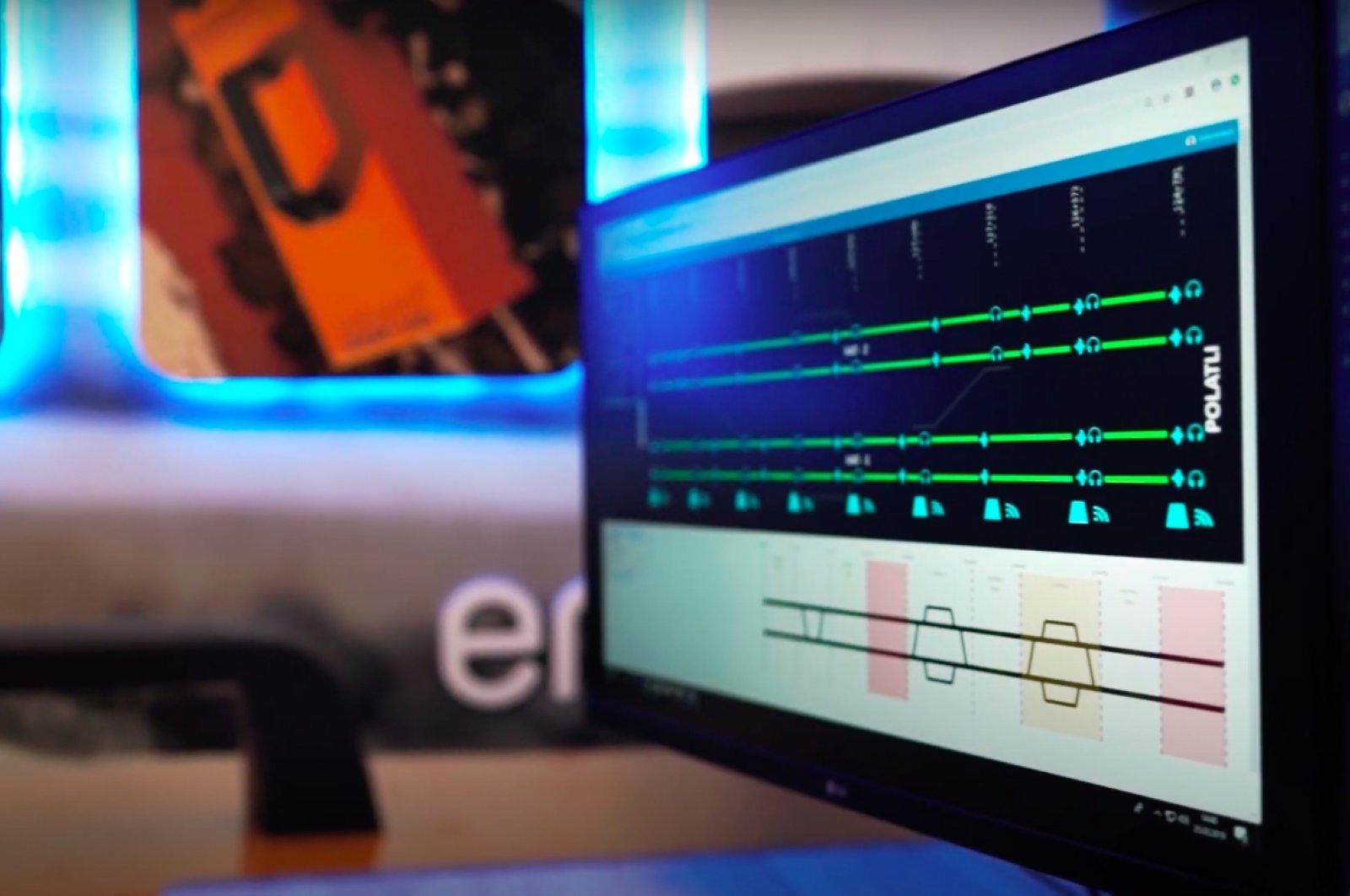 A part of RailAcoustic system developed by the Enekom Energy Computing and Engineering A.Ş, Sept. 15, 2020. (Photo by Enekom via AA)
by DAILY SABAH WITH AA Sep 15, 2020 2:57 pm
RECOMMENDED

ASELSAN was awarded for its multipurpose intelligent distributed acoustic sensor (MIDAS), a railway monitoring and warning system with a fiber optic sensor in the Large-Scale Company category, while the Enekom was awarded in the Jury Special Award category for the RailAcoustic Railways rail crack detection system.

The awards from ERCI, a nongovernmental organization (NGO) formed by companies operating in 17 European countries, will be presented at a ceremony due to be held on Sept. 23 as part of the Innotrans Business Days events.

Enekom's RailAcoustic Railways rail crack detection system operates by detecting the pulse generated at a certain frequency on the rail from two points.

When the pulse is given to the rail from one side, this signal is read from another point simultaneously on the system, which depends completely on the electro-mechanical methods. The difference between the pulse signal levels carried between the two points by the solid rail and the rail carrying a certain level of cracks and the signal returned by reflecting from the defective area is detected and processed by the sensitive detection electronics of the system and the result is transported to the control center via the fiber optic communication line.

Remote measurements can be made at desired time intervals on the line equipped with pulse detection modules installed every 2 kilometers (1.2 miles).

Besides the rail cracks, RailAcoustic also has other functional features such as detecting rail defects, locating the presence of the rail vehicle on the line, measuring its movement and speed, or detecting possible flooding, landslide, excessive snow accumulation and other similar developments regarding railway transportation security.

Enekom General Manager Haluk Gökmen told Anadolu Agency (AA) that the European NGO which is headquartered the German capital Berlin aims to promote and support companies that move European countries to a certain level on the technological advancements for the railways and rail systems sectors, and to find the most creative products of the year across Europe.

Noting that the competition jury consists of independent experts representing various industries, research institutions and public authorities from Europe, Gökmen said that the awards are of great importance in terms of “the recognition and acceptance of the technologies developed by both companies in this field in both Europe and worldwide.”

He said that the RailAcoustic system is currently used on the Ankara-Konya High-Speed Train Line.

“Since the beginning of this year, the system has received great interest from the U.S., South America, Europe, New Zealand, Australia and many Asian countries,” Gökmen noted, stressing that the country’s domestic industrial products, “are now progressing rapidly toward a leading position in the world, leaving behind their European competitors.”