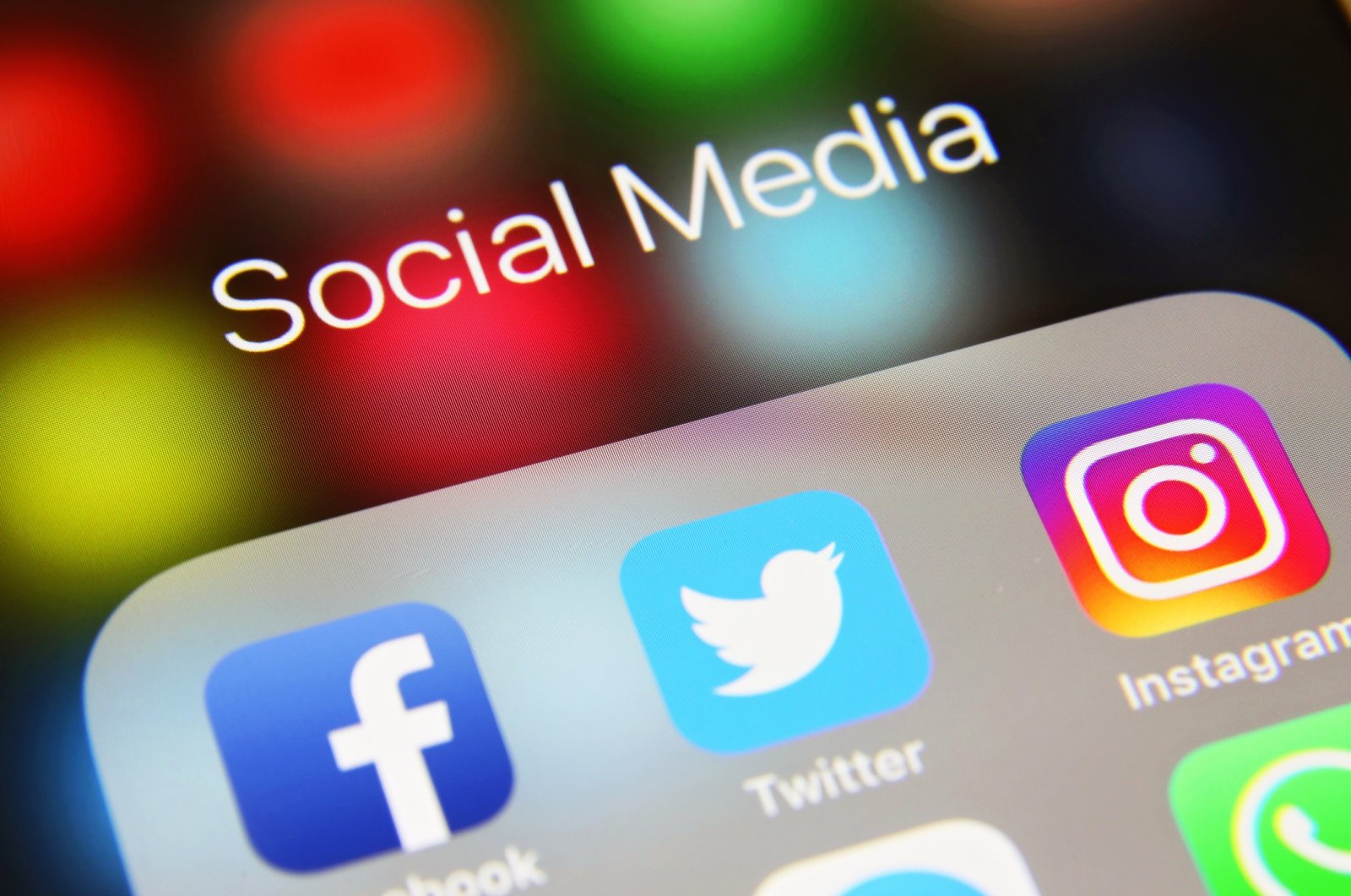 Icons of social media applications such as Facebook, Twitter and Instagram are seen on a screen of a mobile phone, London, U.K., June 2, 2019. (iStock Photo)
by DAILY SABAH Jan 17, 2021 3:51 pm
RECOMMENDED

The number of companies appointing local representatives to Turkey has been on the rise over recent weeks in a bid to comply with the country's new social media law. But others, such as Facebook, Twitter and Pinterest, have yet to act with just days left before the advertisement ban comes into force.

Social media networks, including Facebook, Instagram and Twitter, were handed fines totaling TL 40 million ($5.35 million) in the first of two rounds of penalties in the second half of last year.

If the firms do not comply with the requirement and fail to appoint a local representative by Jan. 19, the government could bar Turkish companies from advertising on the platforms.

Following YouTube in December and TikTok earlier this month, the U.S.-based employment-based platform LinkedIn is the latest to accept the requirement and assign a representative to the country.

“Days before the advertisement ban, LinkedIn announced that it will appoint a representative to our country,” Ömer Fatih Sayan, the country’s deputy transport and infrastructure minister, tweeted Saturday.

Turkey will limit the bandwidth of platforms that flout the requirements by up to 90% and ban Turkey-based firms from running advertisements on them.

According to the Advertisers Association, Turkish companies were estimated to have spent TL 3.5 billion on online advertising in the first half of last year. The ads, mostly on social media, account for 55% of companies’ marketing, it said. The government collects 22.5% of advertisement spending as tax.

Sayan stressed that Turkey urges platforms to assign representatives before the penalties come into effect.

Hailing the platforms that appointed official representatives, Sayan added: “We expect the same sensitivity from other providers.”

Under the amended law which took effect on Oct. 1, social media companies that have more than 1 million daily Turkish users must appoint a representative to the country.

The companies had already been notified of the five stages of penalization for social network providers that fail to appoint a Turkey representative.

If the platforms do not comply, Turkish firms will be banned from advertising with them.

If they fail to fulfill the prerequisite within three months of the ban, companies will have their bandwidth slashed by 50%, which will be increased to 90%, if they do not comply within a month of the previous sanction.

The bill provides a legal framework for social media providers and aims to designate a responsible representative in the event of an investigation or legal proceedings relating to offenses carried out on the platforms.

Platforms are required to publish semi-annual reports on their response rates to such requests.

In addition, it requires social media companies to take measures to host the data of users based in Turkey.

The move and widespread criticism last week prompted Turkey’s Competition Board (RK) and Personal Data Protection Board (KVKK) to launch two separate probes into WhatsApp and Facebook over the new data-sharing rules.

The app on Friday postponed its Feb. 8 deadline for accepting the update aimed at increasing business transactions on the platform, to May 15.

It said that the update was focused on allowing users to message with businesses and that the update does not affect personal conversations, which will continue to have end-to-end encryption.