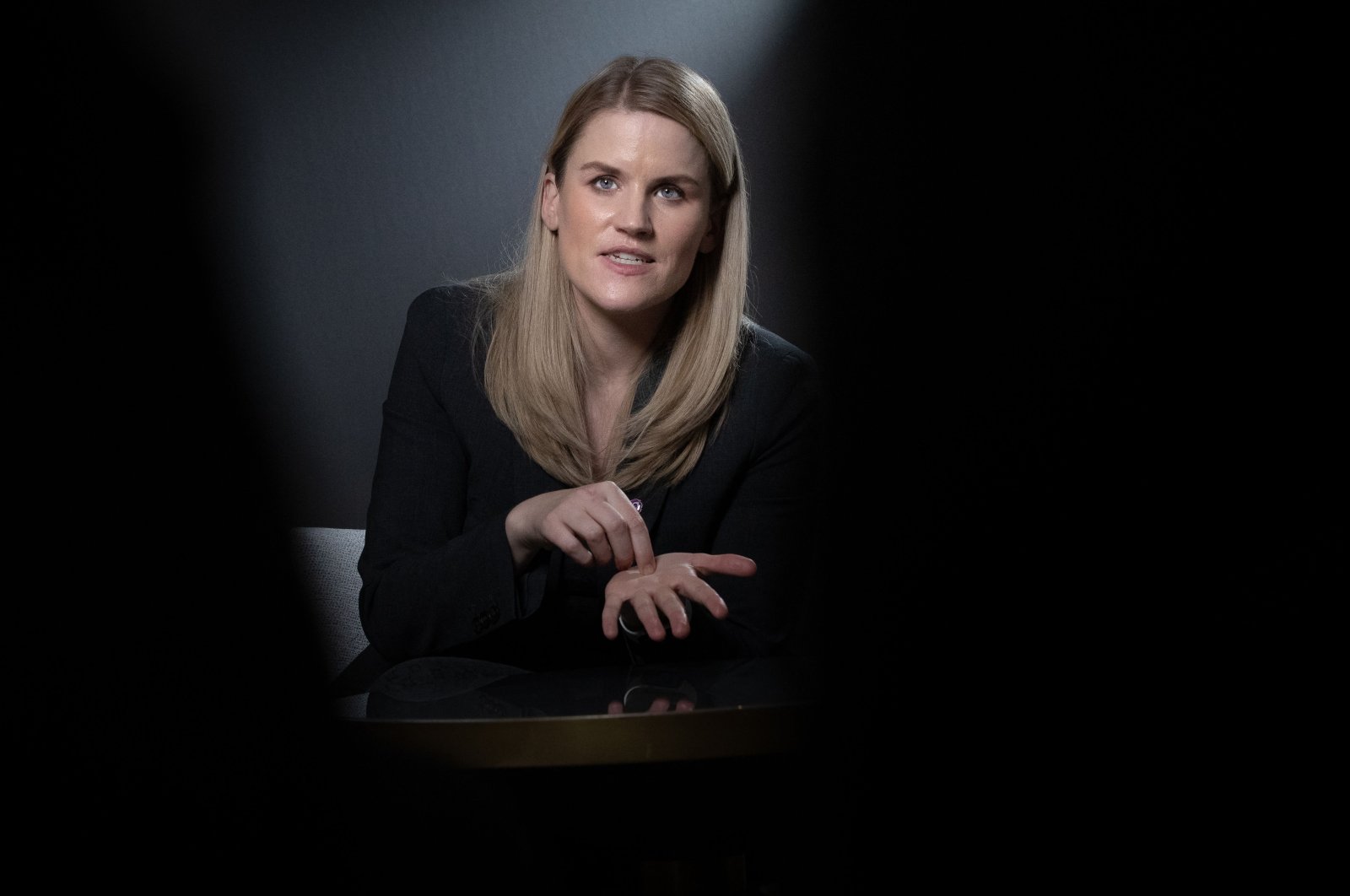 What exactly does one do after leaking thousands of documents from the world's most powerful social media company? For Frances Haugen, the answer is obvious: start a youth movement.

Facebook has faced stinging criticism over the whistleblower's document drop, not least the revelations that the company knew its Instagram photo app had the potential to harm teen mental health.

Former Facebook engineer Haugen believes young people have more reason than anyone else to pressure social media companies to do better.

"I want to start a youth movement," she told the Agence France-Presse (AFP) in a wide-ranging interview, adding that youngsters who have grown up online should not feel so "powerless" over the social networks enmeshed in their lives.

Haugen has spent nearly two months in the spotlight over her claims that Facebook has consistently prioritized profits over people's safety, and supporters and foes alike are wondering what comes next.

The interview Friday at a luxury Paris hotel, carefully watched by her lawyer, came at the end of a European tour that was managed by a slick public relations team, with financial backing from the philanthropic organization of eBay founder, Pierre Omidyar.

Haugen, 37, has addressed lawmakers in London, Brussels and Paris, as well as a cheering crowd of thousands at a Lisbon tech conference.

Both Britain and the European Union are currently debating new tech regulations, and she said the tour was an opportunity "to influence where those regulations are going."

Iowa-born Haugen knew very well before she went to work for Facebook that its sites were capable of sending people down dangerous rabbit holes.

A close friend who became radicalized in 2016 was convinced that billionaire George Soros secretly controlled the economy.

"That was very painful," she said.

Haugen nonetheless worked at Facebook for two years before resigning in May, saying she was immediately "very shocked" by a persistent failure to tackle harmful side-effects such as spiraling hate speech in politically volatile countries like Myanmar.

Despite her attempt to influence legislation in Europe, Haugen's faith in regulation is limited – by the time lawmakers agree, the technology will have moved on.

Instead, she wants Facebook to be legally required to implement policies in response to potential harms identified by the people who use it.

"Facebook has never had to tell us before how it's going to fix harms. They always do the same thing when there's a scandal: they're like, we're sorry, this is hard, we're working on it," Haugen said.

If Facebook was forced to release data indicating the scale of the problem – the number of misleading posts with more than 1,000 shares each week, for instance – the company might feel pressured to come up with better solutions, she argued.

"Anytime you have more sunlight, it makes things a little bit cleaner," she said.

Under the same principle, Haugen insists Facebook should be forced to address the potential dangers of its plans to build a "metaverse," a virtual reality internet which chief executive Mark Zuckerberg is so excited about that he has renamed the parent company, Meta.

If people eventually spend all day in a virtual reality world where they have "a better haircut, better clothes, a nicer apartment," Haugen wonders, what might that do to people's mental health?

"I have not heard Facebook articulate how they're going to deal with that harm," she said. "They're about to invest 10,000 engineers in this. Is this not a conversation we should have now?"

She is not surprised that Facebook's response to the current scandal has largely been one of defiance rather than humility.

"Facebook was founded by a bunch of Harvard kids who'd never done anything wrong in their life," she said, suggesting that taking criticism well was not part of the company's culture.

Their fellow Harvard graduate readily admits that she also enjoys a position of privilege: Astute cryptocurrency investments she made in 2015 are now funding her life in Puerto Rico.

"There are many ways in which this risk for me is less risky than for someone who might not have the savings that I have," she said.

At 37, she stresses her role would simply be to get the youth movement started, envisaging it as a campus-based movement where students could help teens deal with internet-related problems their parents might not understand, like app addiction.

Its wider role would be to encourage young people to lobby both companies and lawmakers for a "just and equitable social media."

She also plans to work with academics to build a "simulated social network" – a model that trainee engineers could use to run experiments before changes are implemented on real-life platforms, where they can do real-world harm.

In the meantime, she'll be watching plans for new tech regulations.

"I've talked to a number of government regulators who said that this disclosure just changed the entire tone of the debate," she said and added, "My hope is that this time will be different."