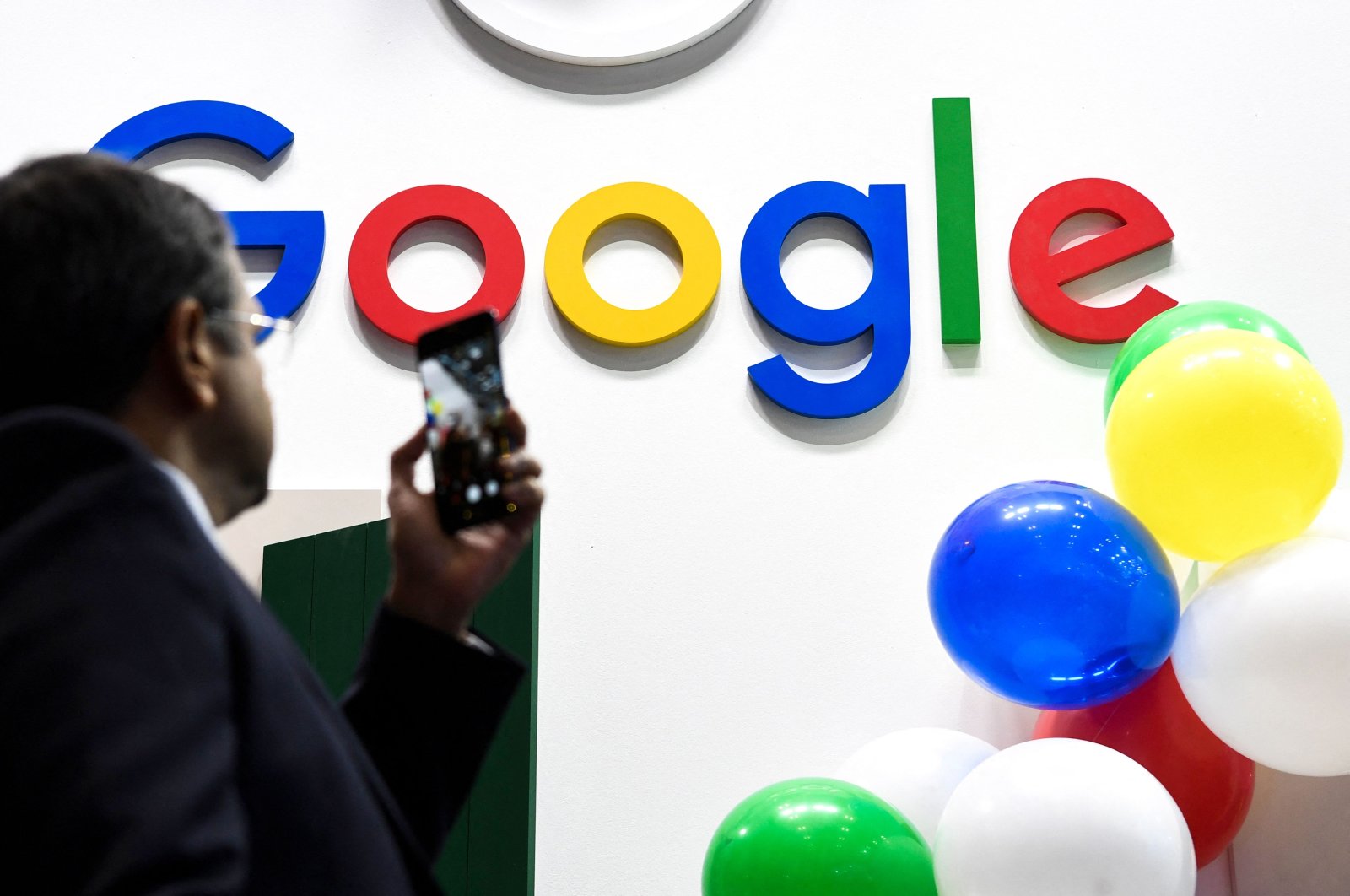 A man takes a picture with his mobile phone of the logo of the U.S. multinational technology and internet-related services company Google as he visits the Vivatech startups and innovation fair, Paris, France, May 16, 2019. (AFP File Photo)
by French Press Agency - AFP
Jun 07, 2021 12:33 pm

Google has been issued a penalty as part of a settlement reached between three media groups – News Corp, French daily Le Figaro and Belgium's Groupe Rossel – that accused Google in 2019 of abusing a dominant market position over ad sales for their websites and apps.

The competition authority determined that Google gave preferential treatment to its own ad inventory auction service AdX and to Doubleclick Ad Exchange, its real-time platform for letting clients choose and buy ads.

"It is the first decision in the world to look into complex algorithmic auctions processes through which online display advertising works," the authority's president Isabelle de Silva said.

For example, regulators found that Doubleclick would vary the commission it took when making a sale based on prices offered by other so-called ad servers.

At the same time, Google arranged for AdX, its own supply-side platform (SSP), to give preferential treatment to offers emanating from Doubleclick – effectively squeezing out rivals such as Xandr or Index Exchange.

"These very serious practices penalized competition in the emerging online advertising market, and allowed Google not only to maintain but also to increase its dominant position," De Silva said.

'First in the world'

Media groups saw their online ad revenues crimped "even though their economic model is also strongly weakened by the decline in sales of print subscriptions and the decline in associated advertising revenue" in the shift to online news, it said.

"We need regulation because today we are not defending ourselves with the same weapons," Rossel's commercial and marketing director Thierry Hugot told Agence France-Presse (AFP) last week.

Google did not contest the findings, and the regulator said the company has committed to operational changes including improved interoperability with third-party ad placement providers.

"As part of these commitments, we are reaffirming our promise not to use data from other SSPs to optimize bids in our exchange in a way that other SSPs can't reproduce," Maria Gomri, legal director at Google France, said in a statement.

"We will be testing and developing these changes over the coming months before rolling them out more broadly, including some globally," she added.

The fine represents just a tiny fraction of the $55.3 billion in revenue booked by Google in the first quarter of this year alone, mainly from online ad sales.

The ruling comes as American technology firms are drawing closer scrutiny from European authorities, which are giving themselves new resources to better understand the complex workings of fast-evolving markets.

Last week, Germany's competition regulator said it was expanding an antitrust investigation into Google and its parent company Alphabet to include Google News Showcase, a service aimed at increasing revenue for media publishers.

Facebook also found itself targeted last week by parallel competition inquiries from the European Union and Britain, into whether the social media giant uses data from advertisers to unfairly dominate the online classifieds market.

Google had already been fined 150 million euros by the French regulator in December 2019 over "opaque" operating rules for its advertising platform, which were deemed to be applied in "an unfair and random manner."

And in December last year, Google as well as Amazon were fined a total of 135 million euros ($164.24 million) by France's privacy watchdog for placing advertising cookies on users' computers without consent.

Last December, France's CNIL data privacy watchdog slapped 135 million euros in fines on U.S. tech titans Google and Amazon for placing advertising cookies on users' computers without consent. The 100-million-euro fine against Google was the largest sanction the regulator has ever imposed, which it justified by the fact that 90% of French internet users use the firm's search engine.