Funds on the hunt for entrepreneurs in Turkey 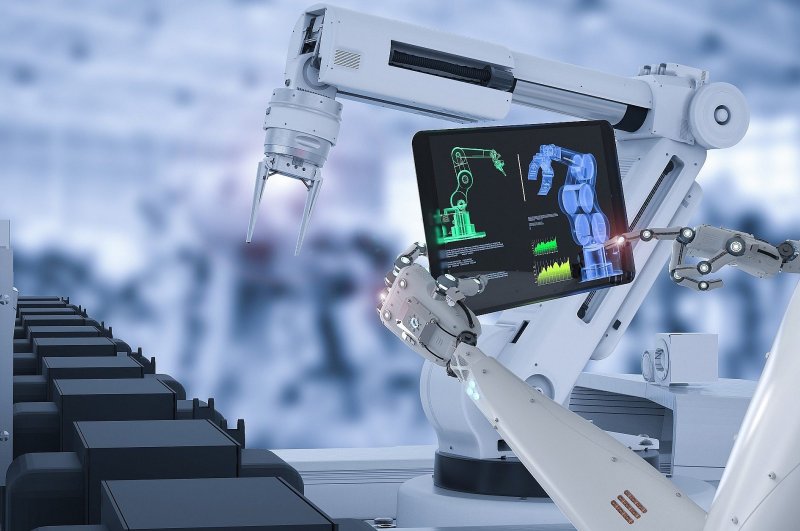 Having rolled up their sleeves for 2020, venture capital funds, including Revo and ScaleX, will be allocating tens of millions of dollars as they look to invest in growth-oriented ventures in Turkey

Venture capital funds have started to gain traction since the start of 2020 with a number of investment portfolios. Revo Capital venture capital fund will use 65% of the investment, which is expected to reach 52 million euros ($57.17 million), starting from April for the startups in Turkey. Another venture fund that also invests in growth-oriented, early-stage ventures, ScaleX, aims to create an investment portfolio of up to $30 million in 16 months. Among the investors of the fund, which is expected to reach $30 million in a year, includes entrepreneurs that have made a number of successful exits.

Both venture capital funds target growth-oriented ventures capable of doing business on the global market, while startups that already made successful exits last year are further encouraging investors to be even bolder.

Serious investors, including banks and holdings, are among the supporters of the Revo venture capital fund. Appetent institutions prefer to support experienced venture capital funds. As a result, they continue to take risks to do business successfully in the startup ecosystem. Revo, which aims to link startups based on financial and cloud technology in Eastern Europe and the Baltic to Turkey, will continue to implement a strategy that has been successful in recent years through the new fund. Both funds direct startups to do business with a global focus. Meanwhile, successful startups that have proven their global capability have started to participate in the funds as investors. Funds do not just provide financial support but also support startups using their network when opening up to different countries.

Dilek Dayınlarlı, a founding partner and manager of the ScaleX Venture Capital Fund, detailed the size of the new fund, which focuses on early-stage ventures and explained some of the startups they were interested in: “The fund received demand above our target in the first stage and so we raise our target and close it with 30 million euros,” she said.

Dayınlarlı said they were investing in early-stage technology startups that eye global growth. “As you can tell from the name, ScaleX was founded to help technology startups that want to grow by targeting global markets. We see great potential in these companies. Our goal is to help good teams open up to world markets. You can also see examples of this in our companies that we invest in. Picus Security's cybersecurity product is used in more than 10 countries, while the world giant Amazon acquired Datarow last week for its team and technology,” she noted.

Further commenting on ScaleX, which also has an investor, consultant and manager network with deep-rooted relations with the Silicon Valley ecosystem, Dayınlarlı said: “Generally, investors in Europe are financial or consulting based, and our important feature is that our team and investors are entrepreneurs who have strong operational experience and have achieved this before.”

“My partner Berkay Mollamustafaoğlu produced in Ankara and sold software to thousands of customers all over the world. Our board member, Magdalena Yeşil, is one of the founding partners of the world's largest cloud software companies. The most successful entrepreneurs of Turkey have become our investors as part of the new fund. While helping entrepreneurs, the most valuable support will come with the operational and global experience of this team. The sole purpose of everyone in the team is to transfer their experiences to our entrepreneurs and help them grow.”

Cenk Bayraktar, one of the founding partners of Revo, which created a fund of 41 million euros at the first stage, explained the details of the investment portfolio.

“In the initial stage, the European Investment Fund (EIF) and the European Bank for Reconstruction and Development (EBRD) are among the supporters of the fund of 41 million euros, while leading institutions such as Finberg, Yıldız Holding, Enerjisa and QNB Finansbank are among the investors,” he said.

“Also, a significant portion of our private investors in the first fund will be investing in the second fund. In April, we continue our negotiations for new investors to join the fund. Thus, we expect the fund to come to around 52 million euros,” he added.

Cenk Bayraktar further explained the fund aimed at investing mostly in finance technology, marketplaces, b2b cloud technology software, and health software. “65% of the fund will be invested in startups in Turkey. 35% will be invested in technology startups that we can bring to Turkey in Eastern Europe and the Baltic countries,” Bayraktar said. “Our strategy to position Turkey as a growth market has been very successful in Eastern European investments, which started with Transfergo and Zizoo in the first fund. We will continue by increasing the money we allocate to this. Revo supported the opening of seven companies to the U.S. and Europe in the first fund. This strategy will continue. We always want to invest in companies with global potential. We also have important support for this process.”

Amazon has recently acquired DataRow, which drew interest due to its ability to facilitate expertise in database software on Amazon Redshift. It marked the first Turkish tech firm to be acquired by the internet giant. The acquisition created a buzz in the country's entrepreneurial ecosystem. Founded in 2017, the venture essentially enables employees on Amazon Redshift to obtain database integration and more detailed visual tables.

Thus, Amazon's appreciation of the engineering success of a Turkish startup will certainly create a stir in the sector. Ultimately, it was a promising development for the ecosystem that a giant like Amazon Web Services invested in a startup from Turkey, thus making DataRow the talk of the town.

DataRow, which facilitates the operation of Amazon Redshift users, is currently operating in San Francisco. DataRow's Istanbul-based parent company TeamSQL has managed to take to the world stage by receiving $1.3 million in investment so far. TeamSQL, which was established in 2016, received an investment of $345,000 from Ömer Erkmen, Melih Ödemiş, Dilek Dayınlarlı, Umur Çubukçu, Ali Servet Eyüboğlu, Ali Karabey, Numan Numan and ACT Ventures. In December 2017, the venture received a convertible loan from ACT Ventures, taking a $1 million stake. Details about Amazon's purchase agreement have not yet been shared, but after the acquisition, the founding partners are expected to continue their work within the company.

Turkey's data is protected by the Cyber Security Center

Turkey’s leading information and communication technologies company, Türk Telekom, has launched a venture aimed at protecting Turkey's data and communication infrastructure with the largest Cyber Security Center in Turkey. Thus, a solution is brought to life in terms of security, regardless of where the data stands.

The vulnerabilities of Turkey's cybersecurity infrastructure have been made plain for all to see in recent years, with many aware of the reality of the threat thanks to the theft of vast amounts of credit card information from a number of high-profile e-commerce sites. Thanks to the Cyber Security Center it has established, Türk Telekom has gathered the talents available to ensure, with increasing numbers of devices connected to the internet and the mobilization of individuals, the integration of services with the cyber world, the digitalization of critical infrastructures bring fewer risks and more benefits.

The Türk Telekom Cyber Security Center presides over the largest monitoring area in Turkey, as well as that with the largest capacity distributed-denial-of-service (DDoS) protection infrastructure. All cybersecurity services and products that may be needed by public and local administrations and medium and large-scale corporate companies are well-poised to grant corporate customers with local and geographical backup thanks to Türk Telekom's experience, assurance and quality.

The end-to-end integrated security solutions offered to customers include “Shared Security Services,” which are offered entirely over a shared network, as well as a “Cyber Security Center Management Service," which includes complimentary solutions, including 24/7 monitoring, correlation and consultancy services.

DDoS attacks are one of the mains types of cyberattacks that we encounter today. Essentially, DDoS viruses are used in cyberattacks aimed at preventing the broadcast of services and rendering them dysfunctional by creating a false density over internet systems such as websites, email systems, online payment systems or by consuming the resources of the target system at high rates. Türk Telekom provides continuous protection against both domestic and international attacks with the DDoS Atak service, which offers layered protection as well as Turkey's largest protection capacity. Turkey's first Cloud DDoS protection service functions by directing attack traffic from foreign servers to cleaning points abroad.

The “Let's Produce with Technology” platform, attended by FutureBright Group, the Turkish Education Volunteers Foundation (TEGV), İTÜ ARI Teknokent and the Başarsoft institutions in collaboration with Lenovo, aims to support education to raise a generation keen on integrating technology with production.

According to a study conducted by the group, Turkey appears to be behind in terms of integrating technological tools into education, design and digital-based production as the result of a lack of know-how.

Ability to use technology

In light of these findings, leading organizations that believe in the importance of producing with technology for the country's development established the “Let's Produce with Technology” platform to increase value-added production. The platform, which aims to produce with technology in Turkey, provides children, students and entrepreneurs with the necessary equipment to get to know the technological world and gain a competitive advantage in value-added production.

The platform aims to provide 50,000 children between 7-13 years old with a year's worth of training in 71 learning units of the TEGV. Plus, children will be able to participate in education from anywhere, thanks to the mobile education platform provided.

The "Let's Produce with Technology" platform will establish a “Software Technologies Training Center” for entrepreneurs at the Istanbul Technical University's ARI Teknokent.