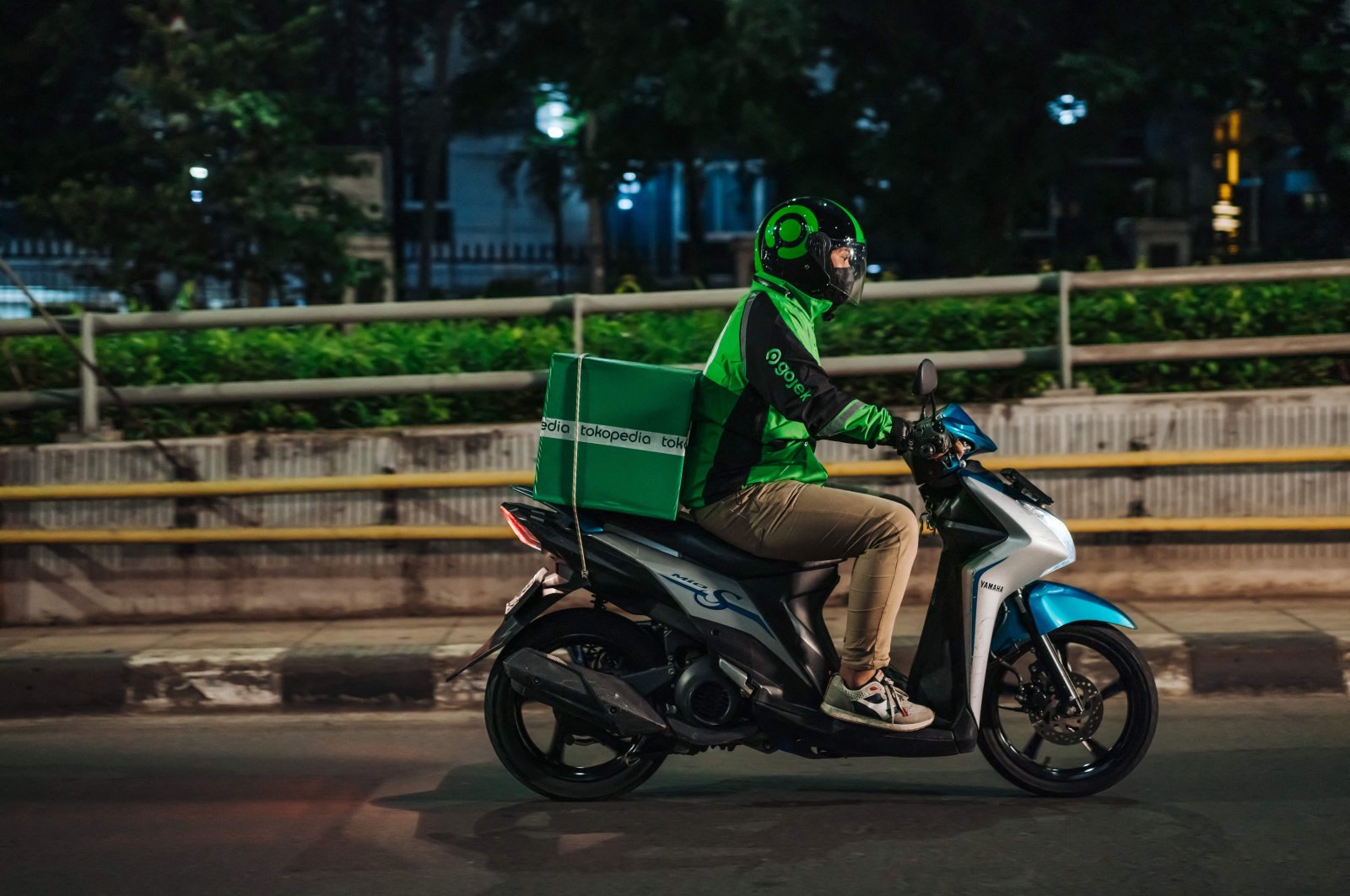 This undated handout photo received from GoTo Group shows a Gojek rider delivering a Tokopedia package to a customer in Jakarta, Indonesia, May 17, 2021. (AFP Photo)
by French Press Agency - AFP May 17, 2021 11:49 am
RECOMMENDED

Two of Indonesia's most successful start-ups announced Monday that they will merge to create the largest tech firm in the world's fourth most populous country.

Ride-hailing and payments giant Gojek and e-commerce firm Tokopedia – which generated transactions worth a combined $22 billion in 2020 – agreed to form the GoTo Group, they said in a statement.

The deal will form an Indonesian tech giant combining e-commerce and financial services with on-demand offerings such as ride-sharing in what will be the first such platform in Southeast Asia.

"The GoTo Group will tap into the huge potential of Southeast Asia's largest economy with its fast-growing middle class and young, tech-savvy population," the statement read.

The companies did not disclose the expected value of the new firm but said the combined past valuation of Gojek and Tokopedia was $18 billion based on historical fundraising.

The combined business of two of Indonesia's top unicorns – start-ups with a valuation of more than $1 billion – will be led by Gojek's Andre Soelistyo as GoTo Group CEO and Tokopedia's Patrick Cao serving as GoTo Group chairperson.

"Today is a truly historic day as we mark the beginning of GoTo and the next phase of growth for Gojek, Tokopedia and GoTo Financial," Soelistyo said in the statement.

"Gojek drivers will deliver even more Tokopedia packages, merchant partners of all sizes will benefit from strengthened business solutions and we will use our combined scale to increase financial inclusion in an emerging region with untapped growth potential."

The new entity will seek to expand its services to reach underserved areas of Indonesia "where 140 million people have little or no access to the country's financial system," the statement added.

Gojek is a multi-service platform and digital payment platform that was first established as a motorcycle ride-hailing call center in 2010 and has grown to offer deliveries, takeaway food and financial services.

It has since expanded its services into Vietnam, Singapore and Thailand.

In 2019, U.S. research institution CB Insights declared the start-up to be Indonesia's first "decacorn" after its value hit $10 billion.

Tokopedia initially provided an online bridge between merchants and customers but has since expanded into fintech, payments, logistics and retail businesses.

Indonesia's second-biggest unicorn after Gojek, it has a valuation of $7.2 billion.