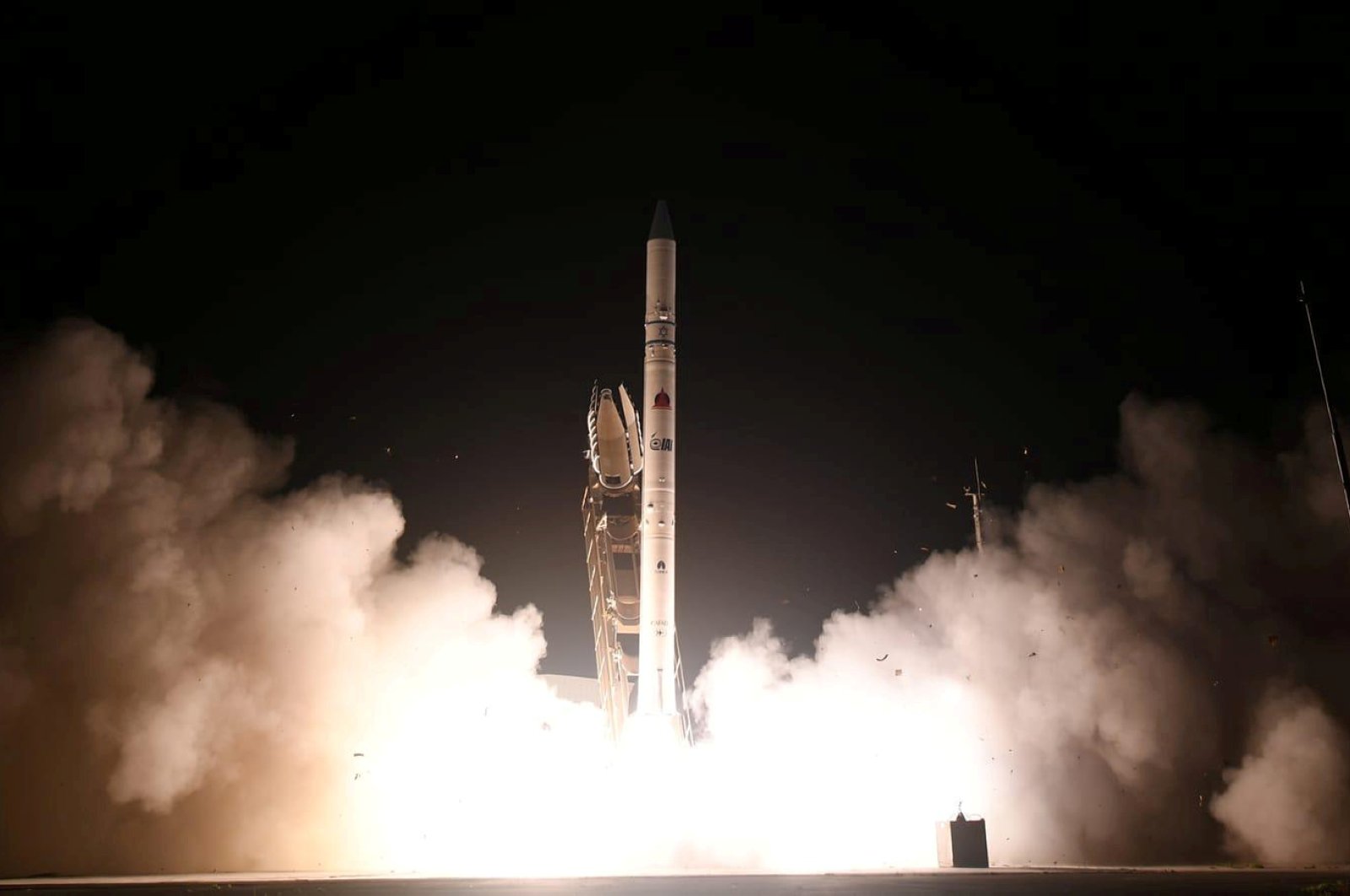 A new Israeli spy satellite, called Ofek 16, is shot into space from a site in central Israel July 6, 2020. (Israel Ministry of Defense Spokesperson's Office Photo via Reuters)
by ASSOCIATED PRESS Jul 06, 2020 11:25 am
RECOMMENDED

Israel’s Defense Ministry announced the successful launch of a new spy satellite early Monday, giving the country what officials said was an additional tool in keeping tabs on its many threats across the region.

The Ofek 16 joins a fleet of Israeli spy satellites that have been launched over the past two decades. While officials did not identify specific threats, arch-enemy Iran, which Israel accuses of trying to develop nuclear weapons, is first among them.

"All the group of satellites are being used to monitor any threats on the state of Israel, which as you know are sometimes far away and immediate so they require constant monitoring," said Amnon Harari, the head of the ministry’s Space and Satellite Administration.

"You can assume that once you have more than one satellite in parallel in the sky, you achieve better visit times over the targets of interest," he said.

The satellite was developed by the ministry along with the state-owned Israel Aerospace Industries. The ministry said Ofek 16 was launched at 4 a.m. from the Palmachim air base in central Israel into space. It described the Ofek as an "electro-optical reconnaissance satellite with advanced capabilities."

Shlomi Sudri, the general manager of IAI’s space division, said the Ofek was in orbit and sending "healthy signals" to a ground station. He said he expected it to begin transmitting photos in about a week.

Israel considers Iran to be its greatest threat, citing its development of long-range missiles, its military presence in neighboring Syria and its suspect nuclear program, and it keeps a close eye on Iran. Last week, a fire damaged a centrifuge assembly center at Iran’s Natanz nuclear site, Iran confirmed, raising speculation that Israel may have been involved.

"Technological superiority and intelligence capabilities are essential to the security of the state of Israel," he said.