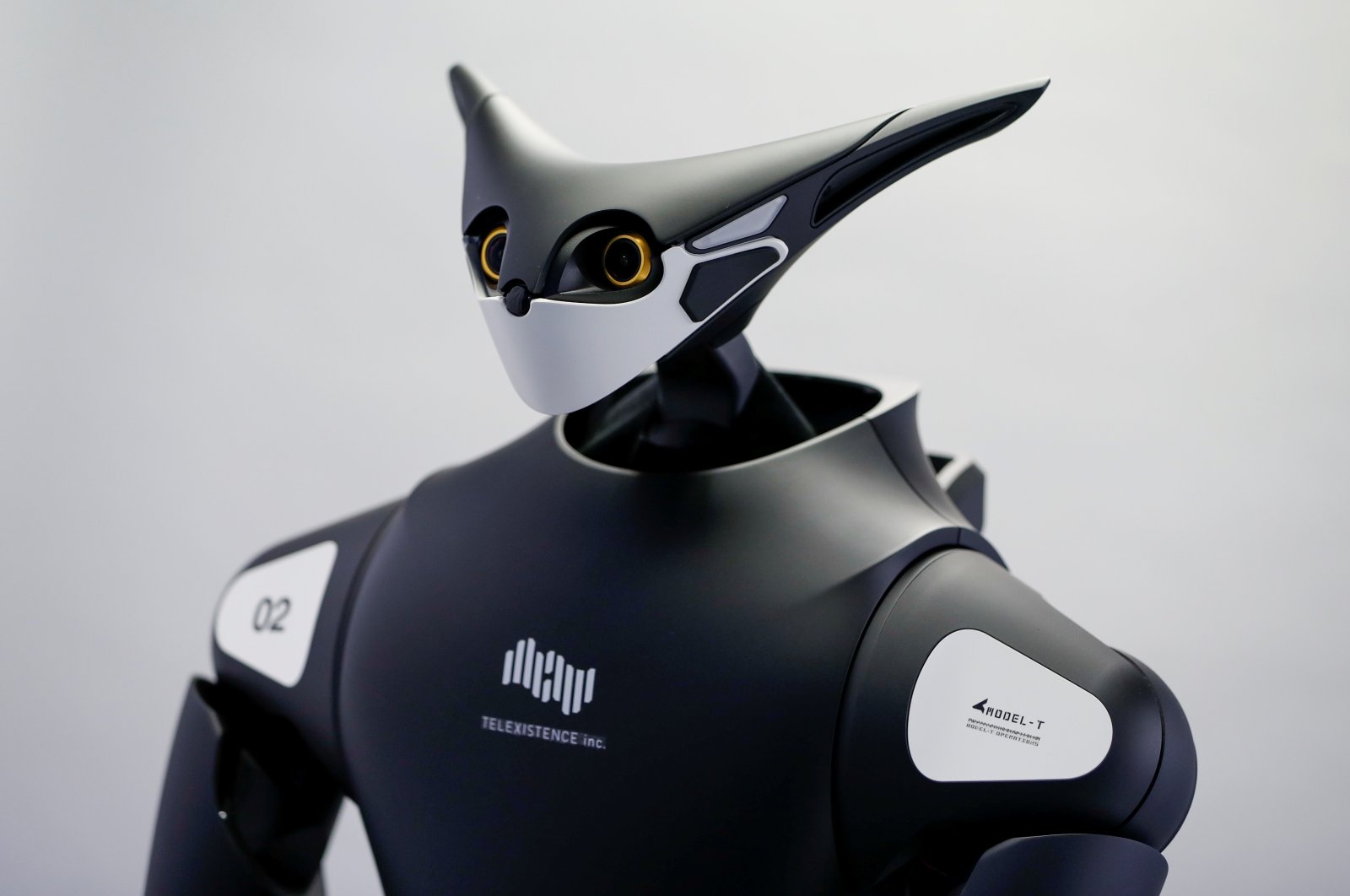 Telexistence's shelf-stocking avatar robot, designed to resemble a kangaroo and developed to work in a convenience store, is seen during a photo opportunity ahead of its unveiling in Tokyo, Japan on July 3, 2020. (Reuters Photo)
by REUTERS Jul 16, 2020 11:20 am
RECOMMENDED

In August, a robot vaguely resembling a kangaroo will begin stocking sandwiches, drinks and ready meals on shelves at a Japanese convenience store in a test its maker, Telexistence, hopes will help trigger a wave of retail automation.

Following that trial, store operator FamilyMart says it plans to use robot workers at 20 stores around Tokyo by 2022. At first, people will operate them remotely – until the machines' artificial intelligence (AI) can learn to mimic human movements. Rival convenience store chain Lawson is deploying its first robot in September, according to Telexistence.

"It advances the scope and scale of human existence," the robot maker's chief executive, Jin Tomioka, said as he explained how its technology lets people sense and experience places other than where they are.

Their company has received funding from technology investment company Softbank Group and cell phone service operator KDDI in Japan, with overseas investors including European passenger aircraft maker Airbus SE. It dubbed its robot the Model T, a nod to the Ford Motor car that began the era of mass motoring a century ago.

Its quirky design is meant to help shoppers feel at ease because people can feel uncomfortable around robots that look too human.

Robots are still a rare sight in public. Although they can outperform humans in manufacturing plants built around them, they struggle with simple tasks in more unpredictable urban settings.

Solving that performance problem could help businesses in industrialized nations, particularly those in rapidly aging Japan, cope with fewer workers. Firms hit by the coronavirus outbreak may also need to operate with fewer people.

Since the outbreak started, hotels, restaurants and even gas and oil companies have contacted Telexistence, Tomioka said.

"It's difficult to tell now what impact robots might have in restaurants – it could mean fewer people, but it could also create new jobs," said Niki Harada, an official at Japan's Restaurant Workers Union.

Using human operators with virtual reality goggles and motion-sensor controls to train its machines slashes the cost of retail robotics compared with complex programming that can cost 10 times more than the hardware and take months to complete, Telexistence says.

Although FamilyMart will still need humans to control its robots, operators can be anywhere and include people who would not normally work in stores, said Tomohiro Kano, a general manager in charge of franchise development.

"There are about 1.6 million people in Japan, who for various reasons are not active in the workforce," he said.

Future telexistence robots could also be used in hospitals so doctors could perform operations from remote locations, predicted Professor Takeo Kanade, an AI and robotics scientist at Carnegie Mellon University in the United States, who joined Telexistence in February as an adviser.

It might take another 20 years before robots can work in people's homes, however, he said.

"In order for robots to be really usable at home, we really have to be able to communicate. The fundamental thing that is lacking is knowing how humans behave."