Mass walkout from US company Basecamp over ban on politics 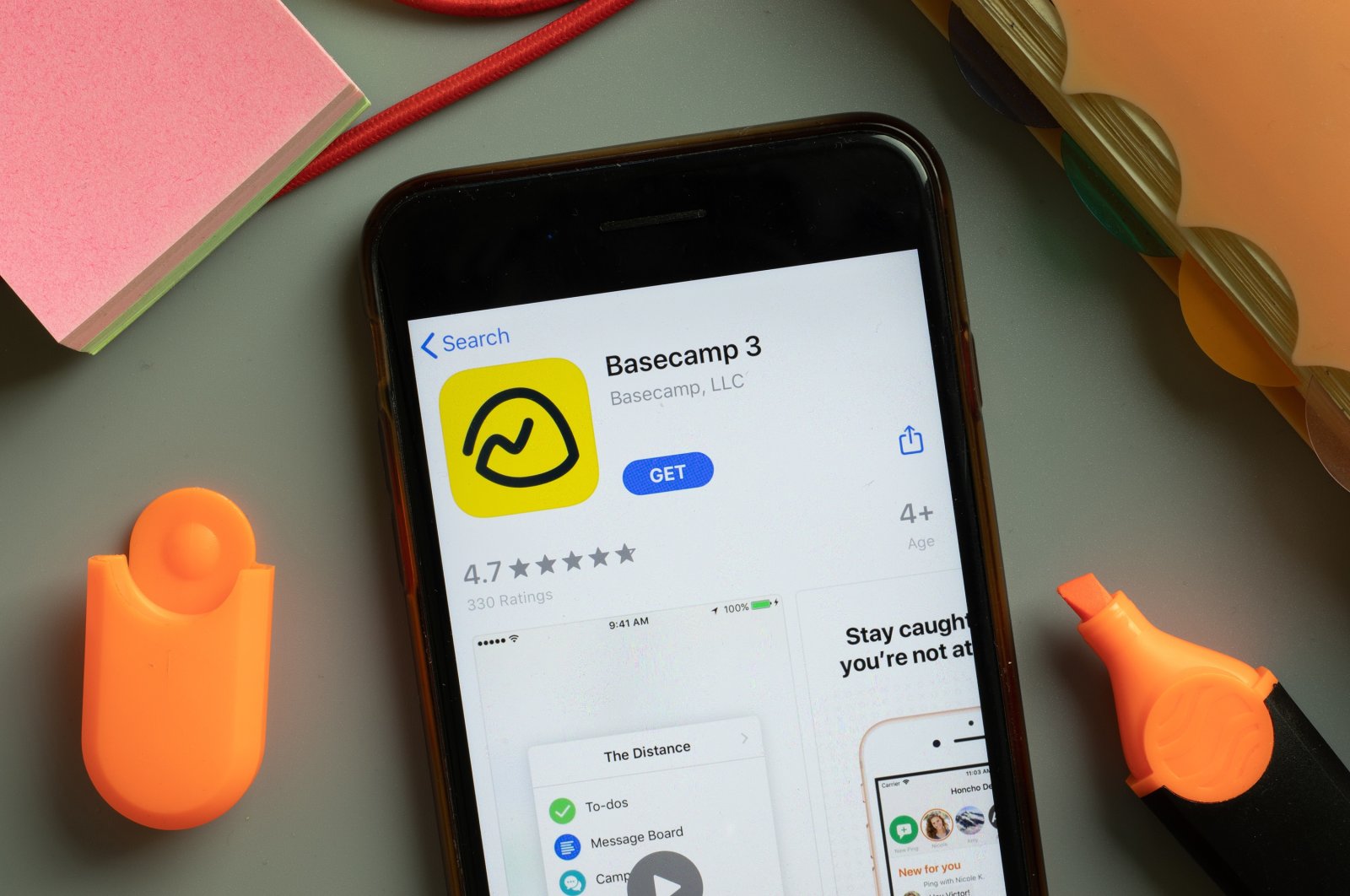 The Basecamp 3 mobile app logo is seen on a phone screen. (Shutterstock Photo)
by French Press Agency - AFP May 01, 2021 9:55 am
RECOMMENDED

After a ban on political conversations in the workplace of United States productivity software firm Basecamp, about a third of the company's employees announced their resignations.

The mass walkout came after Basecamp chief executive and co-founder Jason Fried published a blog post on Monday explaining new rules adopted by the company, including a ban on "societal and political discussions on our company Basecamp account."

He also announced the end of some "paternalistic" employee benefits, such as fitness and continuing education allowances, and said there would be "no more lingering or dwelling on past decisions."

"Given the recent changes at Basecamp, I've decided to leave my job as Head of Design," Jonas Downey, who had worked for the IT firm since 2011, said on Twitter Friday.

About 20 of Basecamp's 57 employees have announced their resignations on Twitter, according to a tally by developer John Breen, who works for another firm.

To justify the ban on political conversations, Fried said they had become "a major distraction" in the current climate.

"Sensitivities are at 11, and every discussion remotely related to politics, advocacy, or society at large quickly spins away from pleasant," he wrote.

Polarized debates have animated the U.S. for months, from the Black Lives Matter movement to the presidential election in November, to transgender rights.

"We make project management, team communication and email software. We are not a social impact company ... We don't have to solve deep social problems," Fried added.

He said the company would pay employees the cash value of the axed benefits so they "can spend on whatever they'd like."

"We've committed to a deeply controversial stance, some employees are relieved, others are infuriated, and that pretty well describes much of the public debate around this too," Basecamp co-founder and chief technology officer David Hansson wrote Wednesday in another blog post.

The Basecamp staffers who announced their resignation also included the head of marketing and head of customer support.

"I've resigned as Head of Customer Support at Basecamp. I'm four months pregnant, so I'm going to take some time off to build this baby and hang out with my brilliant spouse and child," Kristin Aardsma tweeted on Friday.

"I don't know what's next for me professionally, but the support team at Basecamp was the most amazing group of people I've ever worked with. I'll miss them every day."

Cryptocurrency exchange Coinbase announced a similar ban last year, with chief executive Brian Armstrong saying in October around 60 of the firm's 1,200 employees had quit over the move.