'Merry Christmas': NFT of first SMS to be auctioned in Paris 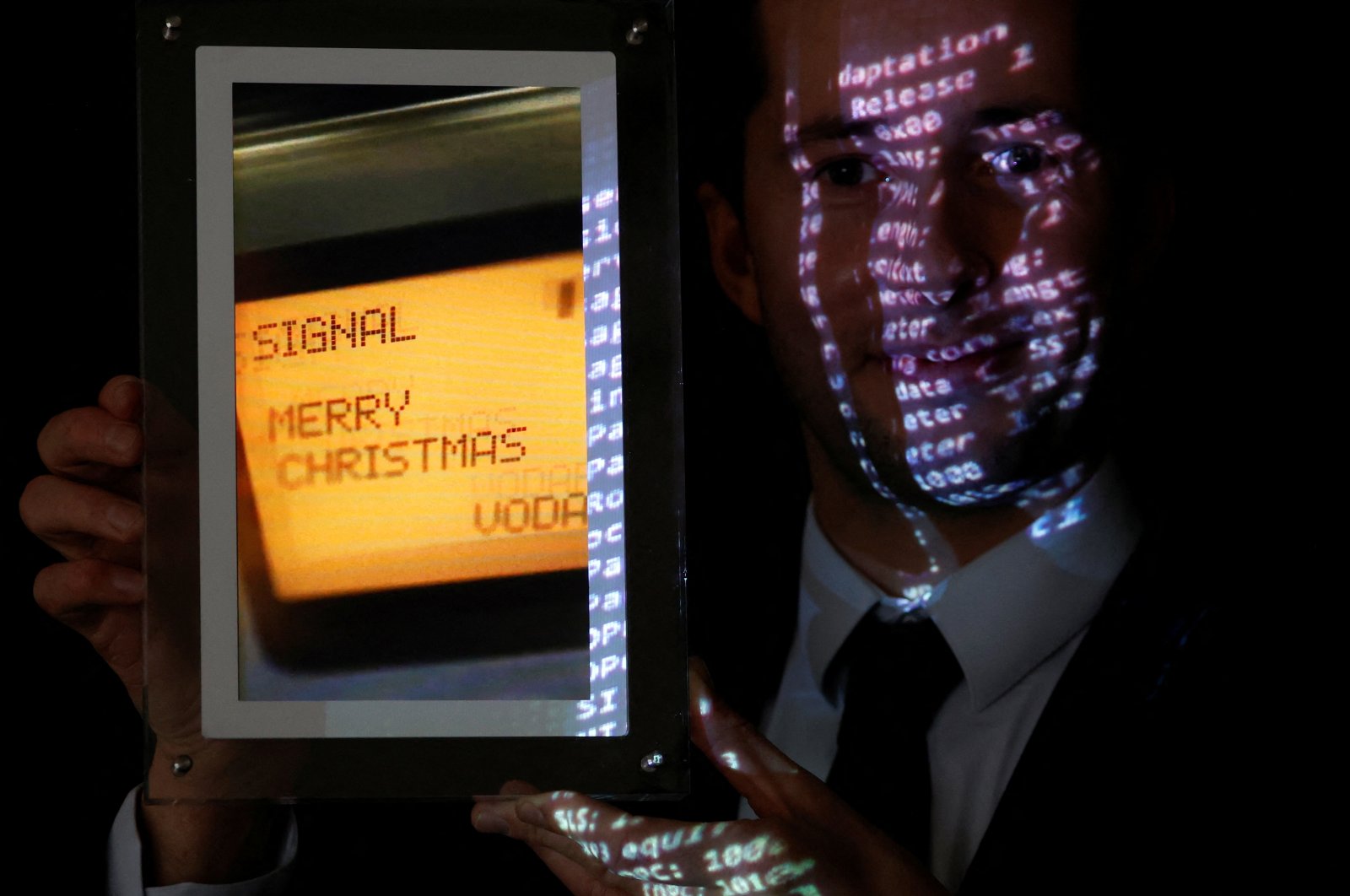 The world's first text message sent in 1992 is set to go under the hammer as a digital piece of history on Tuesday.

The Short Message Service (SMS) item will be auctioned by the Aguttes auction house in France's capital Paris as a non-fungible token (NFT), meaning it has a digital certificate of authenticity and is considered the original.

Development manager Maximilien Aguttes is still hoping for a higher final bid though.

Whoever has the code – secured by blockchain technology – will verifiably be the digital owner of the SMS.

Vodafone programmer Neil Papworth sent the message in Dec. 1992 to a colleague who received it while he was at the company Christmas party.

Such digital certificates are gaining in popularity – the NFT of Twitter founder Jack Dorsey's first tweet was sold for 2.9 million dollars at auction earlier this year, while Tim Berners Lee's first source code for the World Wide Web fetched 5.4 million.

"This first text message received in 1992 is a historic testament to human and technological progress," Aguttes said.

Vodafone is the seller of the NFT and plans to donate the proceeds to the United Nations refugee agency UNHCR.

For legal reasons, the winning bidder will receive tangible assets along with the SMS, including a digital picture frame to display it in.