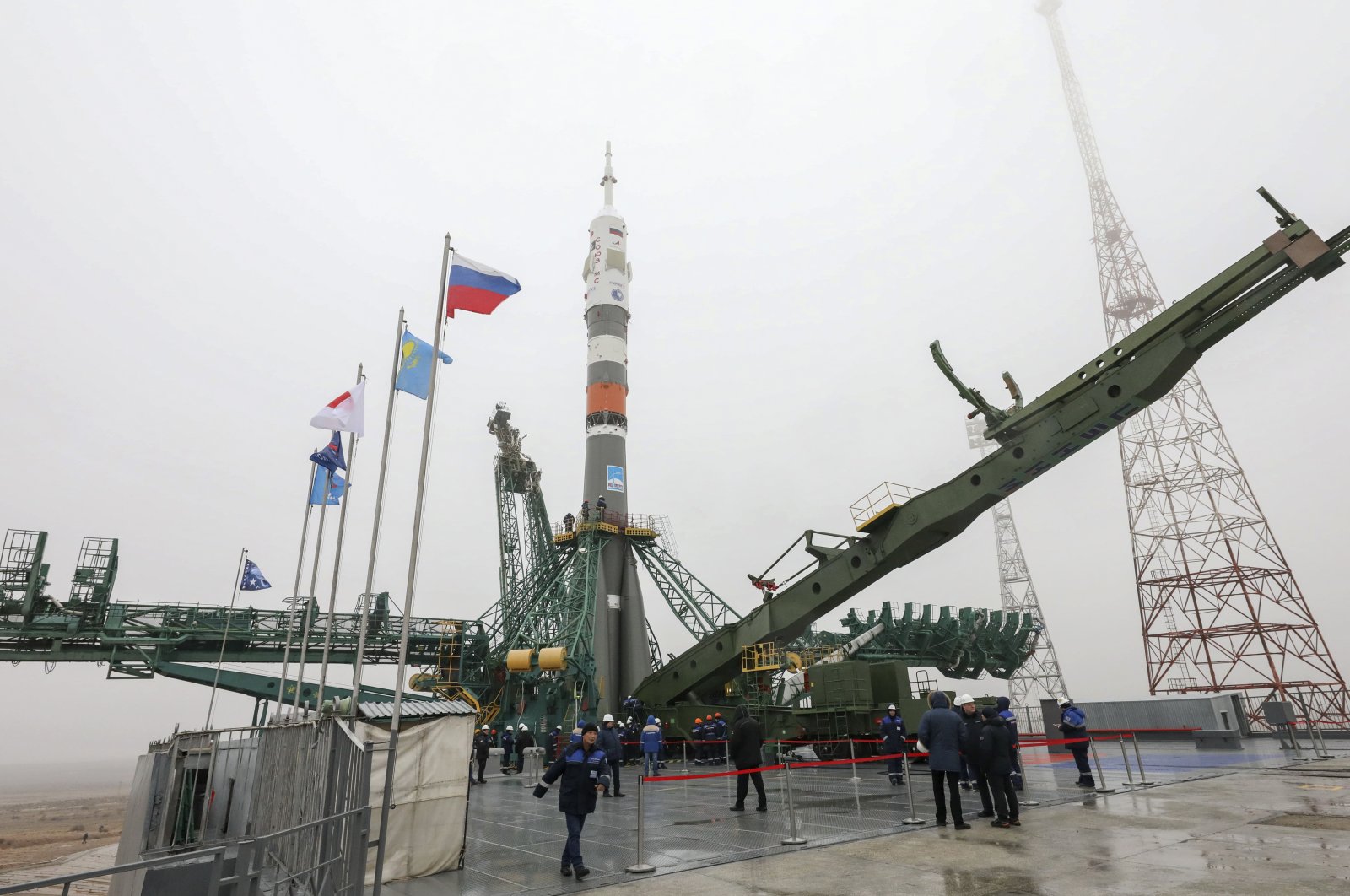 Russia on Wednesday will send Japanese billionaire Yusaku Maezawa to the International Space Station (ISS) in a move marking Moscow's return to the now booming space tourism business after a decadelong break.

One of Japan's richest men, Maezawa, 46, will blast off from the Baikonur cosmodrome in Kazakhstan accompanied by his assistant Yozo Hirano.

On Sunday morning, their Soyuz spacecraft with a Japanese flag and an "MZ" logo for Maezawa's name was moved onto the launch pad in unusually wet weather for Baikonur, an Agence France-Presse (AFP) journalist saw.

The mission will end a decadelong pause in Russia's space tourism program that has not accepted tourists since Canada's Cirque du Soleil co-founder Guy Laliberte in 2009.

However, in a historic first, the Russian space agency Roscosmos in October sent actress Yulia Peresild and director Klim Shipenko to the ISS to film scenes for the first movie in orbit in an effort to beat a rival Hollywood project.

Maezawa's launch comes at a challenging time for Russia as its space industry struggles to remain relevant and keep up with Western competitors in the modern space race.

Last year, the U.S. company SpaceX of billionaire Elon Musk ended Russia's monopoly on manned flights to the ISS after it delivered astronauts to the orbiting laboratory in its Crew Dragon capsule.

This, however, also freed up seats on Russia's Soyuz rockets that were previously purchased by NASA, allowing Moscow to accept fee-paying tourists like Maezawa.

Their three-seat Soyuz spacecraft will be piloted by Alexander Misurkin, a 44-year-old Russian cosmonaut who has already been on two missions to the ISS.

The pair will spend 12 days aboard the space station where they plan to document their journey for Maezawa's YouTube channel with more than 750,000 subscribers.

The tycoon is the founder of Japan's largest online fashion mall and the country's 30th richest man, according to Forbes.

"I am almost crying because of my impressions, this is so impressive," Maezawa said in late November after arriving at Baikonur for the final days of preparation.

Maezawa and Hirano have spent the past few months training at Star City, a town outside Moscow that has prepared generations of Soviet and Russian cosmonauts.

Maezawa said that training in the spinning chair "almost feels like torture."

"It's the hardest training ever done," he tweeted in late November.

So far Russia has sent seven self-funded tourists to space in partnership with the U.S.-based company Space Adventures. Maezawa and Hirano will be the first from Japan.

Maezawa's launch comes at the end of a year that became a milestone for amateur space travel.

In September, SpaceX operated a historic flight taking the first all-civilian crew on a three-day journey around the Earth's orbit in a mission called Inspiration4.

Soon after, billionaire Richard Branson traveled aboard his Virgin Galactic spacecraft that also offered a few minutes of weightlessness before coming back to Earth.

Those journeys mark the beginning of space opening up for non-professionals with more launches announced for the future.

In 2023, SpaceX is planning to take eight amateur astronauts around the moon in a spaceflight that is bankrolled by Maezawa, who will also be onboard.

Russia has also said it will take more tourists to the ISS on future Soyuz launches and also plans to offer one of them a spacewalk.

For Russia, retaining its title of a top space nation is a matter of national pride stemming from its Soviet-era achievements amid rivalry with the United States.

But in recent years Russia's space program has suffered setbacks, including corruption scandals and botched launches, and faced a cut in state funding.

The industry remains reliant on Soviet-designed technology and while new projects have been announced, such as a mission to Venus, their timeline and feasibility remain unclear.