Smartphones could be next as car chip crisis seen abating 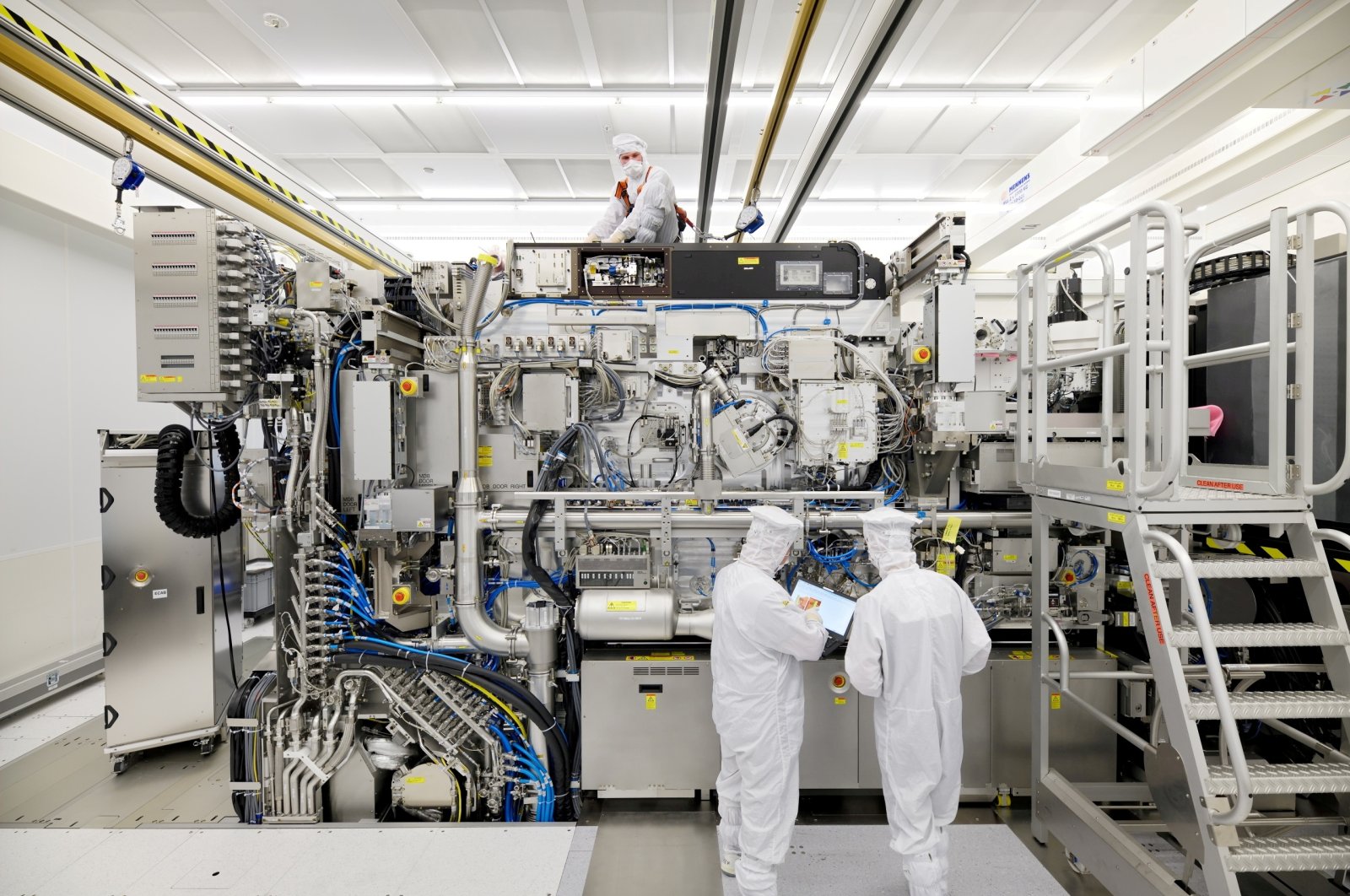 Employees are seen working on the final assembly of ASML's TWINSCAN NXE:3400B semiconductor lithography tool with its panels removed, in Veldhoven, Netherlands, April 4, 2019. (ASML via Reuters)
by REUTERS
Jul 23, 2021 2:12 pm

The semiconductor shortage that has gripped the world could last well into 2022 and hit smartphone production next, foreshadowing a supply deficiency for a range of appliances and industrial equipment, industry executives and an economist said.

The automotive sector has suffered the most this year, but supply to the sector could improve relatively soon as China takes up some production demand that Taiwan could not meet, ING Greater China chief economist Iris Pang told Reuters Global Markets Forum this week.

"China gained 5% on the chip shortage in terms of GDP – Taiwan semiconductor companies have planned well and built large factories in mainland China," Pang said, predicting that smartphone makers will be the next segment to face disruptions.

"Taiwanese semiconductor companies are tailor making chips for autos, so the chip shortage should be solved for autos in a few weeks, but other electronics' chip shortage problem persists," Pang said, adding that could delay shipments of some new model smartphones.

Companies across industries globally have warned of an ongoing struggle to source chips. read more

ASML, one of the world's biggest suppliers to semiconductor makers, hiked its sales outlook this week on strong orders as chip giants such as TSMC and Intel raced to boost output.

The broader supply crunch could last until the second quarter of 2022, said Adam Khan, founder of AKHAN Semiconductor, although he noted this timeline was "aspirational."

ING's Pang said even crypto miners are seeking ways to recycle "used" chips, which implies the shortage was not going away.

Higher demand for chips, fueled by one-off purchases to meet work-from-home needs and continuous demand for smartphones and other electronics, is expected to spur investment and growth in the sector.

The chips industry could grow between 21% to 25% in 2021, with "electronics having its best showing since 2010," said Dan Hutcheson, CEO of chips-focused VLSI Research.

So far this year, the Philadelphia SE Semiconductor index has outpaced the tech-heavy Nasdaq Composite with gains of over 16% versus 13%.