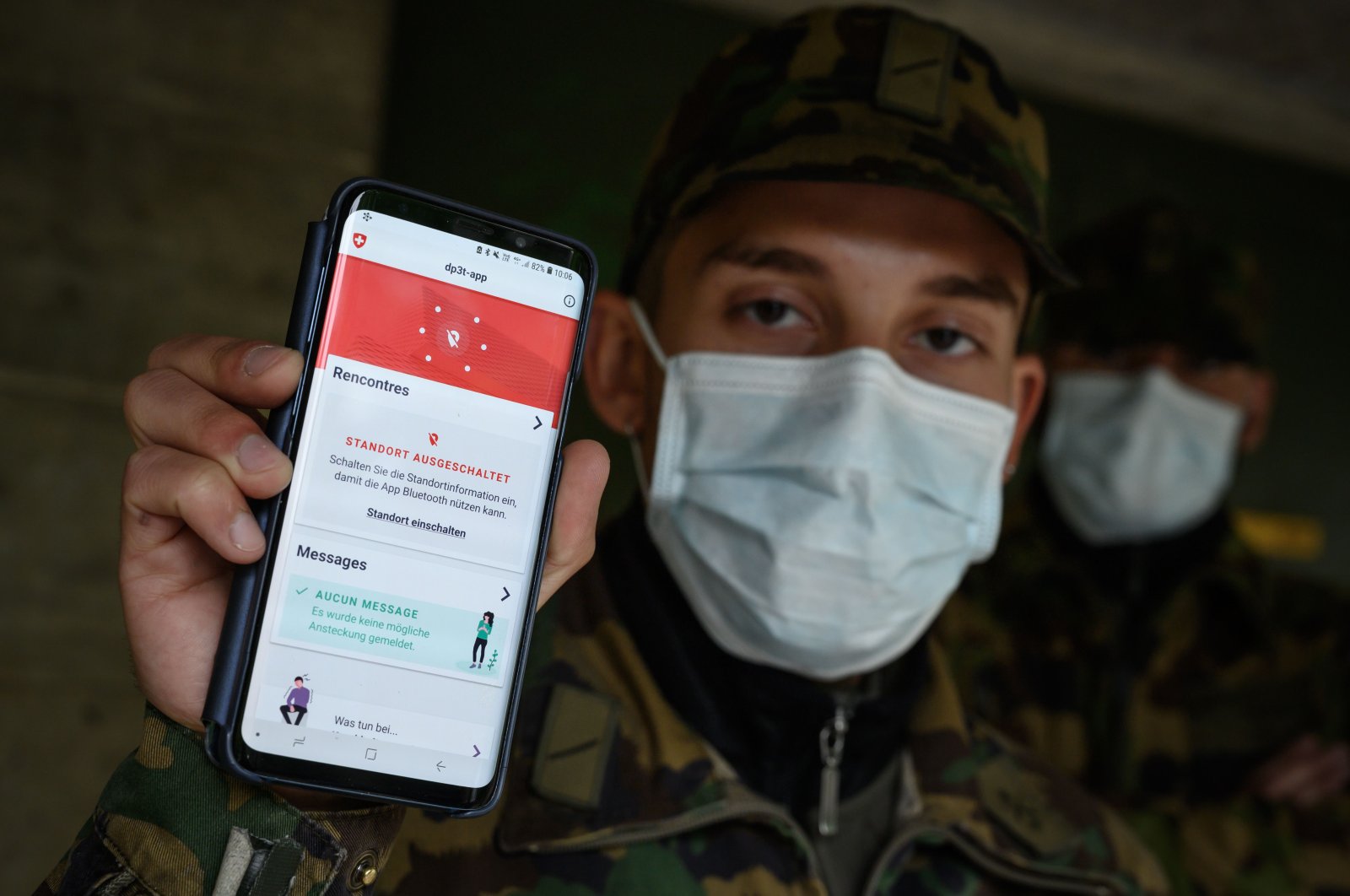 A Swiss soldier wearing a protective face mask poses with his smartphone at the Swiss army barracks of Chamblon on April 30, 2020.
by French Press Agency - AFP May 08, 2020 6:34 pm
RECOMMENDED

The Swiss government said Friday that it will launch a smartphone app next week designed to trace people potentially infected with COVID-19.

Earlier this week, parliament thwarted the government's original roll-out plans, deciding that the phone application could not get the green light without a proper legal basis.

The app uses Bluetooth wireless technology to register other phones which come into close proximity.

It works by tracing people who may unwittingly have been in prolonged contact with someone who later tested positive for the novel coronavirus.

The pilot phase, due to run until the end of May, will be limited to "a certain population group," Health Minister Alain Berset told a press conference.

In the meantime, the government will clarify the legal framework necessary for the app and submit it to parliament at the end of May, in the hope that MPs will quickly provide the green light, said Berset.

"If parliament says no, it's over" for the app, he said.

If the app is authorized by parliament, it will be optional and no personal data or location information will be used, the government said.

COVID-19 has killed 1,525 people in Switzerland, while 30,124 have tested positive, according to daily health ministry figures out Friday.

The Alpine nation stopped short of imposing strict confinement in measures introduced in mid-March aimed at stopping the spread of the virus.

It is gradually lifting its lockdown restrictions. Barbers, florists, family doctors and hardware stores were allowed to reopen on April 27.

Schools, restaurants, museums and libraries will be allowed to reopen from Monday, as long as appropriate personal protection is in place.