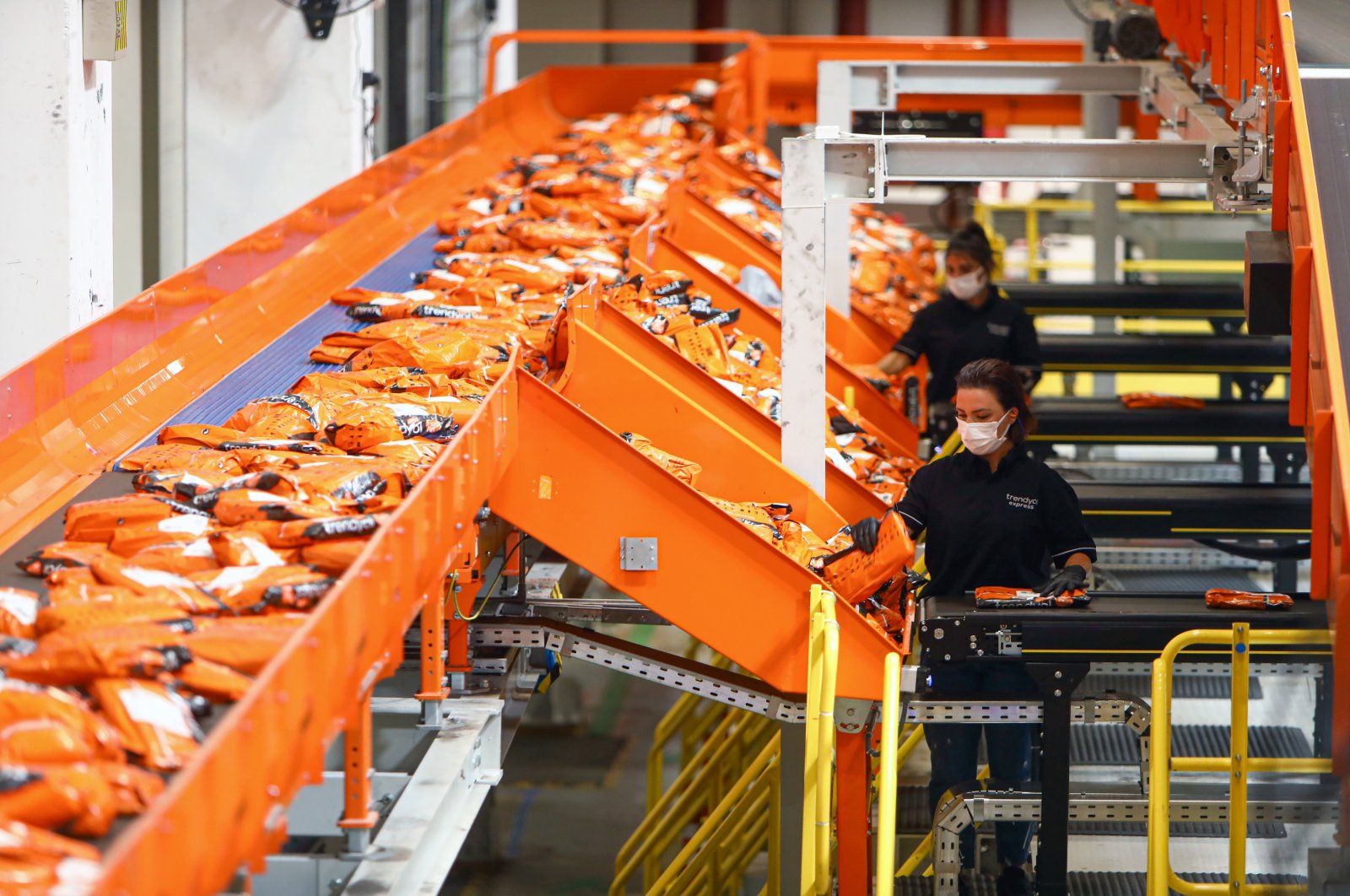 In line with the developments around the world over the course of the coronavirus pandemic, Turkey found itself among nations where companies engaged in the data economy came in on top in terms of valuation.

Such firms, most of which were launched just in the last decade, have been reversing the historical trend, dethroning deep-rooted industrial enterprises, banks and telecom operators to become Turkey’s most valuable companies.

Trendyol, one of Turkey’s best-known e-commerce platforms that tops this list, was also founded fairly recently in 2010. It is followed by an even younger player, a grocery delivery app Getir, which was set up in 2015.

Backed by Chinese internet giant Alibaba, Trendyol saw its valuation hit $16.5 billion (TL 223 billion) in August of last year after it raised billions of dollars worth of funding from a number of high-profile investors. It thus became Turkey’s first “decacorn” – a term for startups that pass the $10 billion mark.

Valued at $7.7 billion last year, Getir for its part is reportedly on the brink of raising capital in a funding round that will see its valuation clinch $12 billion.

The Istanbul-based company, which raised $1.1 billion in total through several rounds from investors last year, has grown to become one of the most valuable rapid delivery startups. U.S. rival GoPuff is valued at $15 billion.

Last year marked a major change and transformation compared to previous years, according to startup monitor startups.watch, which is due to announce figures 2021 regarding the Turkish startup ecosystem on Jan. 19.

Majority in hands of founding partners

Alibaba is the top stakeholder in Trendyol while founding partners are reported to still hold the majority shares in Getir.

This has separated the on-demand rapid delivery pioneer from its competitors and has made its fast global journey a model for many technology startups.

Given the data management panel they own, it’s not surprising that these two companies – which have triggered a transformation of e-commerce in Turkey and turned it into a unique market – hold the top two spots in the ranking.

After all, these two enterprises have managed to decouple from their competitors by using technology to closely and quickly follow user behavior and demands.

Its rapid global expansion has seen Getir launching in the U.S. in November, debuting its services to the world’s largest retail market only a few months after expanding into Europe.

It launched in three U.S. cities in just over a month, including Chicago in mid-November and New York and Boston around mid-December.

The expansion in the U.S. followed its rollout in the U.K., Germany, the Netherlands, France, Italy, Spain and Portugal, all in 2021 alone.

It is also cementing its footprint in Turkey, as its business model expanded further after the country’s Competition Authority (RK) just this week approved its stake purchase in e-commerce platform n11.

The investment in n11, which has a portfolio of over 20 million goods, more than 270,000 registered business partners and over 23 million users, has marked Getir’s largest yet transaction in Turkey.

The founding dates of companies ranking among the top 10 demonstrate the importance and size of the ongoing transformation. Telecom giant Turkcell is among the youngest, having been found in 1994, while the 90-year-old prominent glassmaker Şişecam has been around for the longest.

Bear in mind that Turkcell gains valuation by boosting the number of its internet users. The transformation is an inevitable reality. Each company that fails to ensure data transformation is doomed to lose its spot in the ranking.

After all, Getir and Trendyol use technology to analyze consumer behavior, make the best offer and ensure a perfect consumer experience. In short, they owe their success to data mining and therefore to the data economy.