Turkey to launch Türksat 5A satellite into space on Nov. 30 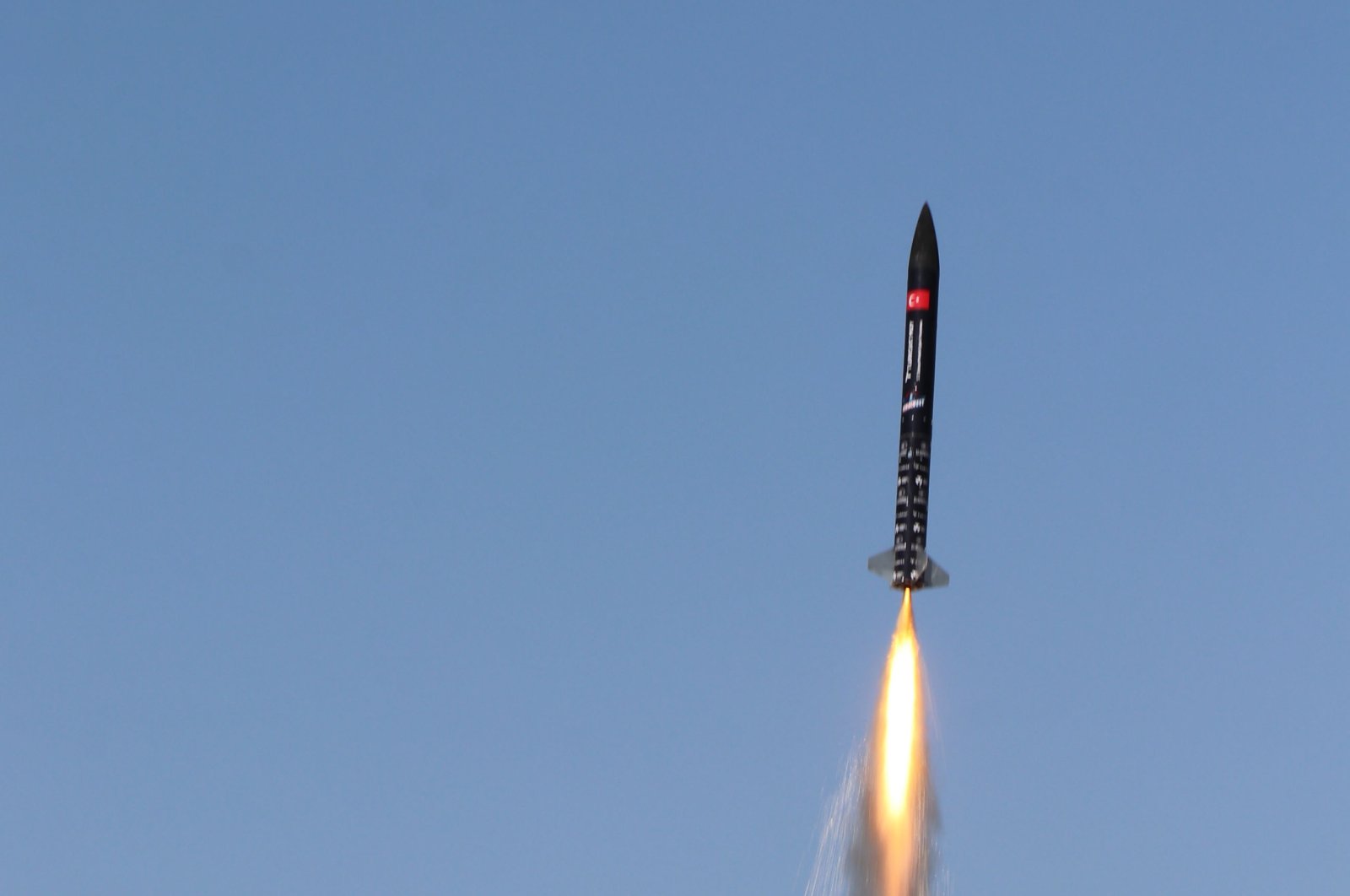 Turkey continues its space ventures at a fast pace as the country plans to launch at least three satellites into space in the near future, namely Türksat 5A, Türksat 5B and Türksat 6A, all set to be produced solely with domestic labor and materials

Turkey will launch the Türksat 5A satellite into space on Nov. 30, Transportation and Infrastructure Minister Adil Karaismailoğlu said Wednesday.

Türksat 5A is a broadcast satellite that will operate in the Ku band at the 31 degrees east longitude slot in geostationary orbit, covering Turkey, the Middle East, Europe and large regions of Africa. It will provide television services and improve broadband data networks. It reportedly has a launch mass of 3,500 kilograms (7,716 pounds) and electrical power of 12 kilowatts.

Türksat 5A was built in collaboration between the Türksat Satellite Communications and Cable TV Operations Company (Türksat), the Turkish Aerospace Industries (TAI) and the Airbus Defense and Space (D&S), as part of a 2011 deal. It was scheduled for launch aboard a SpaceX Falcon 9 rocket from Florida, U.S., by the end of 2020.

Minister Karaismailoğlu added that the country will launch another satellite, Türksat 5B, in the second quarter of 2021.

The minister also emphasized the growth of Teknofest, saying the festival kicked off with just three teams and 18 people five years ago and this year had 149 teams and 900 contestants.

"This year has seen incredible participation. God willing, Türksat's Model Satellite Competition will be held every year. We are happy to see the youngsters' passion here," he said.

"The upcoming years will bear prominent developments for our space technologies as we have realized in many other areas such as the development of our ground vehicles, sea vessels and our railways in the last 18 years," the minister added.

"God willing, we will realize our goals with the youth here," he said.

Set to kick off on Sept. 24, the four-day Teknofest was previously scheduled for April but was postponed due to the coronavirus pandemic.

Co-organized by the Turkish Technology Team Foundation (T3) and the Industry and Technology Ministry, the festival's recent editions saw an influx of young people, as well as science and technology enthusiasts and visitors from all segments of society, from all professions and from all age groups and social backgrounds.

Teknofest aims to showcase Turkey's latest technological innovations and promote technology advances as a national cause.

The event will include a host of activities, such as air shows with warplanes and helicopters, seminars and summits, as well as several competitions and fairs.

As an incentive for competitions, Teknofest will grant awards worth over TL 3 million (over $400,000).

Türksat 6A developed with 100% domestic sourcing

"The production of the Türksat 6A satellite is ongoing with totally domestic sourcing in Ankara. Its development continues with our own engineers and materials. We are planning to launch it in 2022," Karaismailoğlu said.

"The first totally Turkish-built satellite will be in space soon. The youngsters' excitement makes us proud," he added.

"From now on, we will continue to work with our young people to realize our goal of becoming a country that develops and exports technology," the minister said.

The Türksat 6A satellite will be a product of collaboration between the Transportation and Infrastructure Ministry and organizations and companies such as Turkey's leading defense firm ASELSAN, the TAI and CTech along with Türksat and the country's top scientific body, the Scientific and Technological Research Council of Turkey (TÜBİTAK).

With the communication satellites delivered into space, Turkey will have a firm position in the world "with our image, voice and data communication as well as other value-added services," the minister said, adding that the country is set to take its place among the 10 countries in the world that can domestically produce communications satellites.