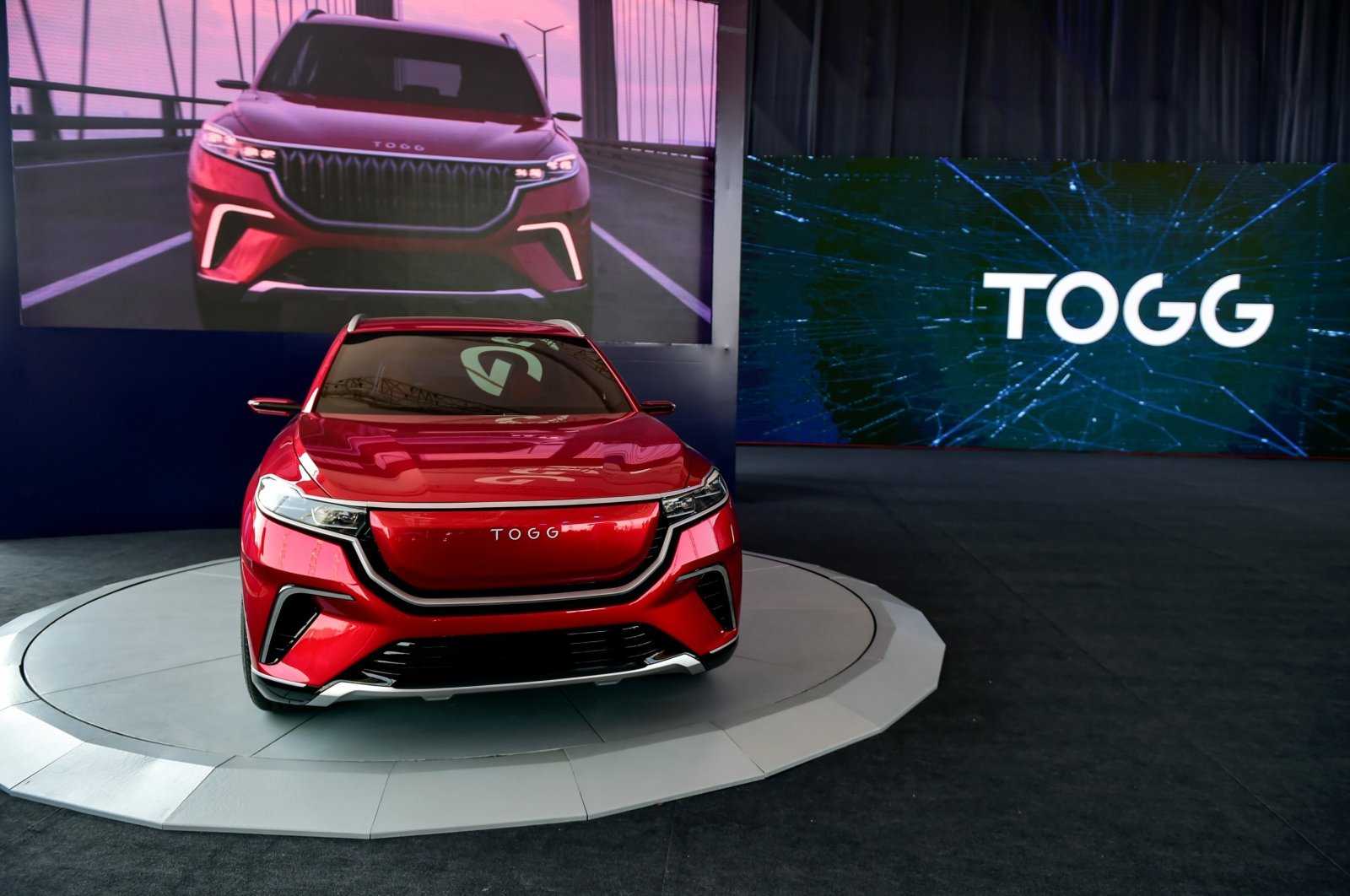 A prototype of an SUV model of Turkey's first domestic car is seen during a ceremony in the Gemlik district of northwestern Bursa province, Turkey, July 18, 2020. (IHA Photo)
by Daily Sabah Jun 26, 2022 3:49 pm
RECOMMENDED

Turkey’s Automobile Joint Venture Group (Togg), the consortium developing the country’s first fully electric car, has set out to be more than just a car factory but rather a technology company whose main field of activity is mobility, its CEO Gürcan Karakaş said Sunday.

He said although it is still “early to give information on this subject,” the company is planning to put a smart device on the market before releasing its C-segment SUV – which was to be the first version of the Togg on sale.

Karakaş was speaking to Anadolu Agency (AA) about the latest developments at Togg's facilities in Gemlik in the northwestern province of Bursa and the production process of the car, which he also described as a "smart device."

Explaining that the first mass-produced vehicle will come off the band in the last quarter of this year, once the Gemlik facilities are ready for mass production, Karakaş said, "Then, the process of fulfilling the technical conditions (homologation) necessary to enter the market will begin.”

“After the completion of this process, we plan to put it on the roads at the end of the first quarter of 2023.”

Noting that the work at the facility continues as planned, Karakaş said, “After partial trials on a cell basis, the 208 robots in our body building at our Gemlik facility began to be ready for trial production. In our paint shop, which is the cleanest in Europe, where the first unpainted trials were carried out on the C-SUV body, the chemical filling stage was started.”

“Our facilities will be ready for mass production in the last quarter of this year,” he said.

Karakaş also noted that they have started works for the Togg smart and fast charging infrastructure.

“Before our first vehicles leave the production line, we will put into some 1,000 fast charging stations into service with 2,000 sockets at more than 600 points in 81 provinces,” he said.

Togg plans to produce a total of 1 million vehicles by 2030, with the production of five different models from a single platform.