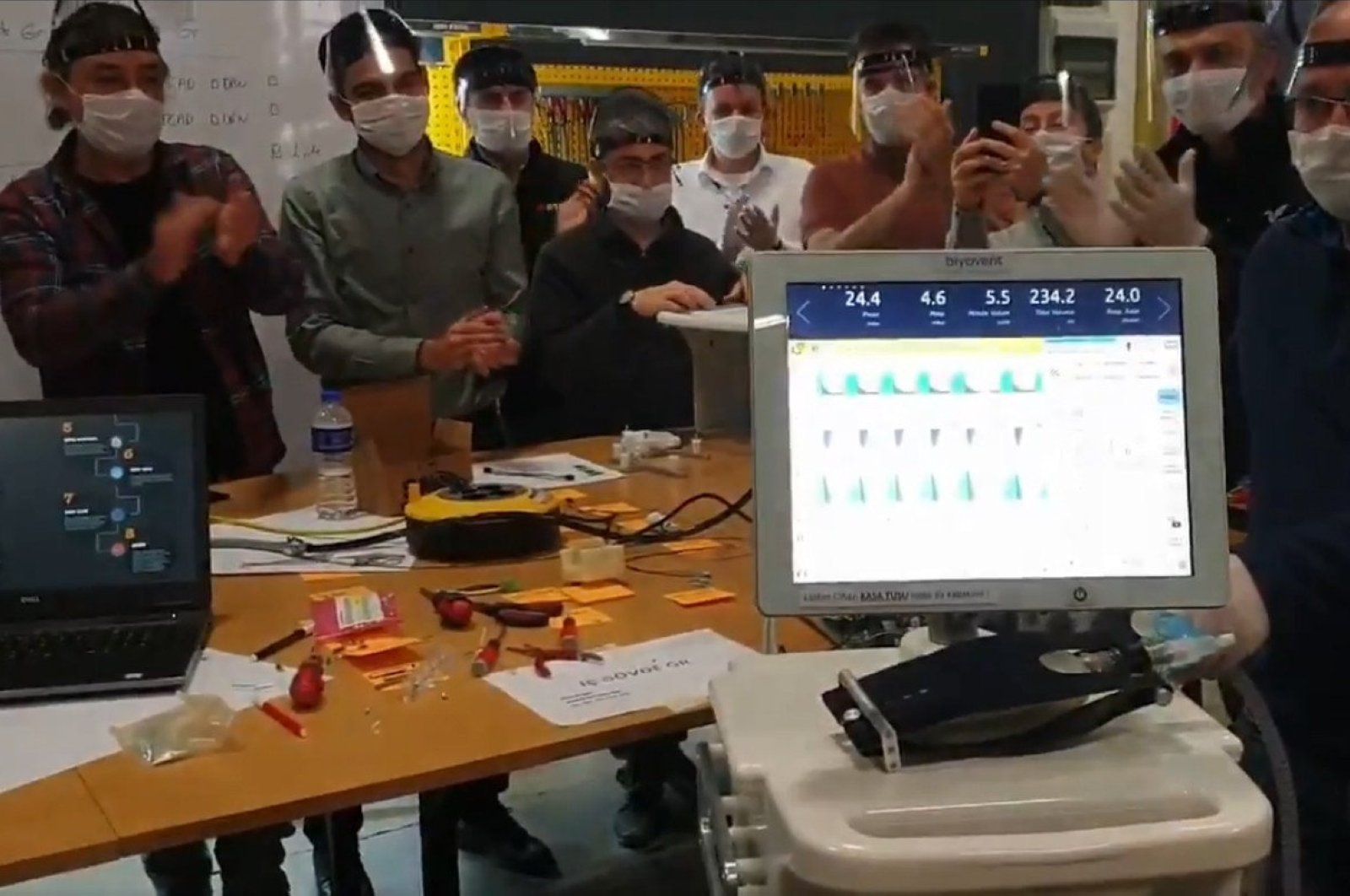 Turkey’s leading defense contractor ASELSAN is establishing a production line for domestic ventilators to assist in the country’s fight against the COVID-19 pandemic, the company chairman said Tuesday.

ASELSAN Chairman Haluk Görgün said in a video he shared on social media that a production line was set to be established within ASELSAN for the ventilators – designed by Turkish technology startup BIOSYS. The ventilators are crucial in the fight against the pandemic worldwide since the patients facing severe respiratory conditions sometimes need the medical devices to increase their chances of survival.

Görgün said they have joined the domestic ventilator production project after meetings with the Industry and Technology Ministry along with the Health Ministry. The company, within the project, is working along with Turkey’s leading aerospace company Baykar Makina.

“ASELSAN is putting all its effort and capabilities in mechanical, software and electronic design with its deep research and development (R&D) culture and system knowledge,” Görgün said.

He noted that their aim is to reduce the country’s dependency on imports in the health industry just as the local defense companies have reduced their dependency on defense industries in the last two decades, adding that the project team consists of engineers from experienced companies such as ASELSAN and Baykar.

Turkey in late March unveiled the prototype of its first locally made breathing-assistance machines that was produced with the help of Baykar, major appliances firm Arçelik and defense giant Aselsan.

A group of Turkish defense and electronics manufacturers aim to jointly produce and deliver 5,000 ventilators to the health ministry over the next two months, Baykar CEO Haluk Bayraktar said at the time.

The initial target is to put 1,000 ventilators in use by mid-April, Bayraktar told Reuters.