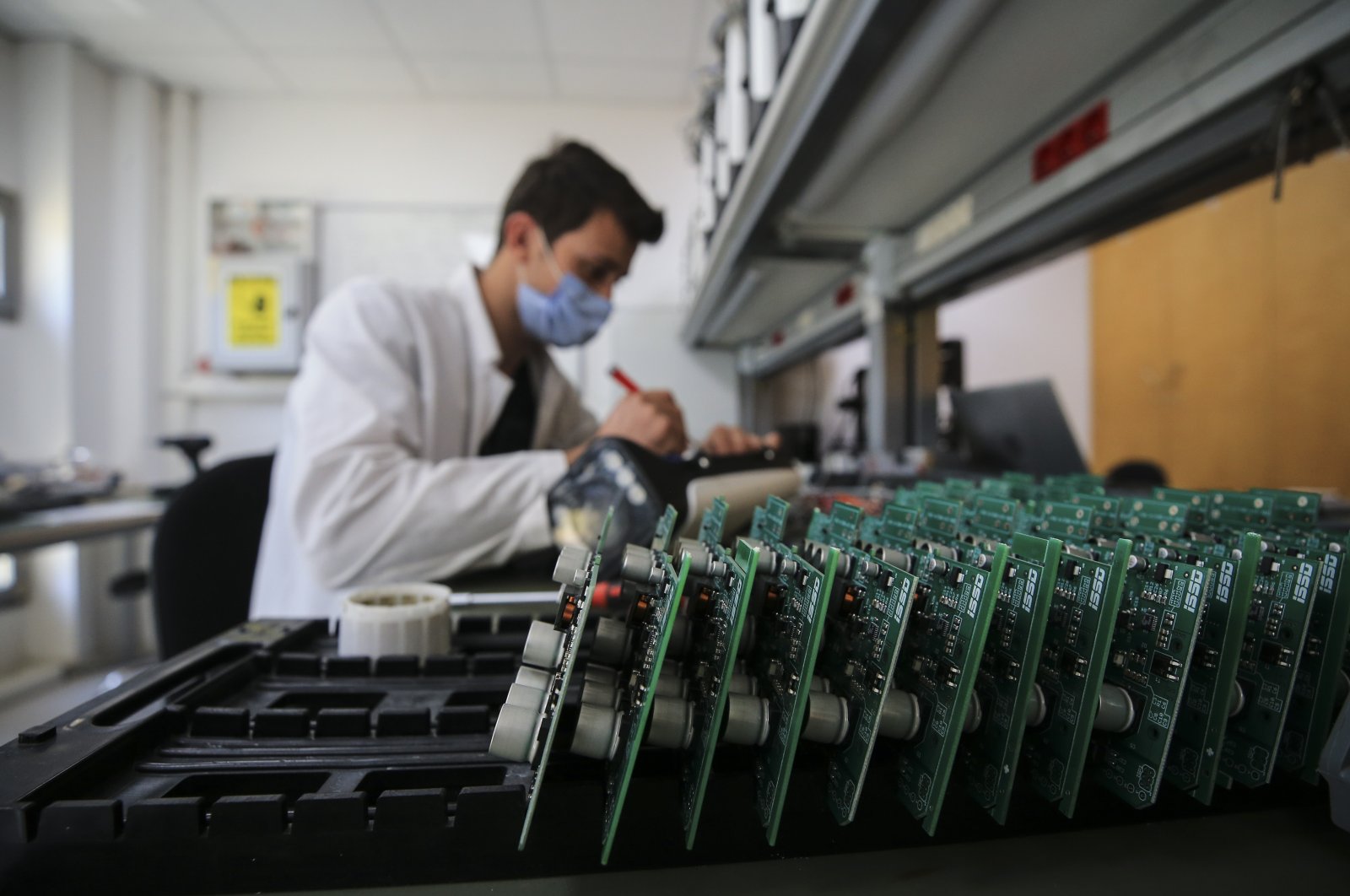 A Turkish firm that developed the Smart Crossway Control System, which is used in more than a thousand intersections in 20 cities, has managed to export this technology to six countries, eyeing to expand the foreign sales’ share in the company turnover in the upcoming period.

ISSD Information Electronics, which operates in the Middle East Technical University (ODTÜ) Teknokent, the first and most prestigious technopark in Turkey that was established in the premises of ODTÜ, developed the system as part of its work on technological solutions to traffic problems.

The Ankara-based company both achieved rapid economic growth and managed to open up to the world after establishing in 2009 with the support of the Scientific and Technological Research Council of Turkey (TÜBITAK).

He explained that the system operates by collecting data from cameras installed on the intersections and calculates vehicle density transiently thus instantly changing the green light durations in the signaling systems at the intersections as per the needs.

The system was first installed in southern Antalya province and the largest one was established in central Konya province, Yüncü said. Provinces like Ankara, Mersin and Diyarbakır are also home to those systems now.

The largest system installed abroad is located in the United Arab Emirates (UAE) along with the systems exported to Kazakhstan, Georgia and Bahrein, he added.

Yüncü defined the system as a product of a combined work of traffic management, electronics and computer engineering information.

Data such as the number of vehicles in an intersection, the number of waiting or passing vehicles are instantly processed and analyzed, providing solutions to each case, Yüncü explained, noting the reduced need for traffic police in areas where the system is installed. Before the installation of the system, traffic police were needed to intervene during rush hours.

He said that the data collected and transferred to the central software in the traffic control system allows them to operate the junctions remotely, from closing the roads remotely to intervening during emergency passes like when an ambulance is approaching.

Yüncü also noted that they are the first company to install such a system in Turkey and that 70% of the systems currently used belongs to them.

“In addition to the existing 20 cities, studies are being carried out in many cities,” he said adding that they are preparing for new tenders.

The company, which has doubled both its turnover and employment in 2016, has reached a $27 million turnover in 2019. Some 10% of this consisted of export revenues, while Yüncü emphasized that they aim to increase the share of exports to 50% in the three-year forecast.

“In the coming period, we aim to increase our efficiency in countries and regions such as Gulf countries, North Africa, Central Asia, Pakistan, India and Nigeria,” he said.

The patented solutions developed by the ISSD and the momentum they achieved in terms of growth have earned the company several awards.

The ISSD secured itself a place among Europe, the Middle East and Africa’s most rapidly growing 500 technology companies, with a 321% growth rate. The list was prepared as part of Deloitte's research in 2019.

Yüncü also stated that they contribute to safety on the roads with Electronic Control Systems. Pointing out that with the installation of those systems drivers were forced to comply with speed limits, Yüncü said that there was a reduction in accident rates of up to 40%. "We will establish our first system abroad in the field of Electronic Control Systems in Palestine,” he added.