Turkish student steps into Stanford with a 'code bite' from Apple 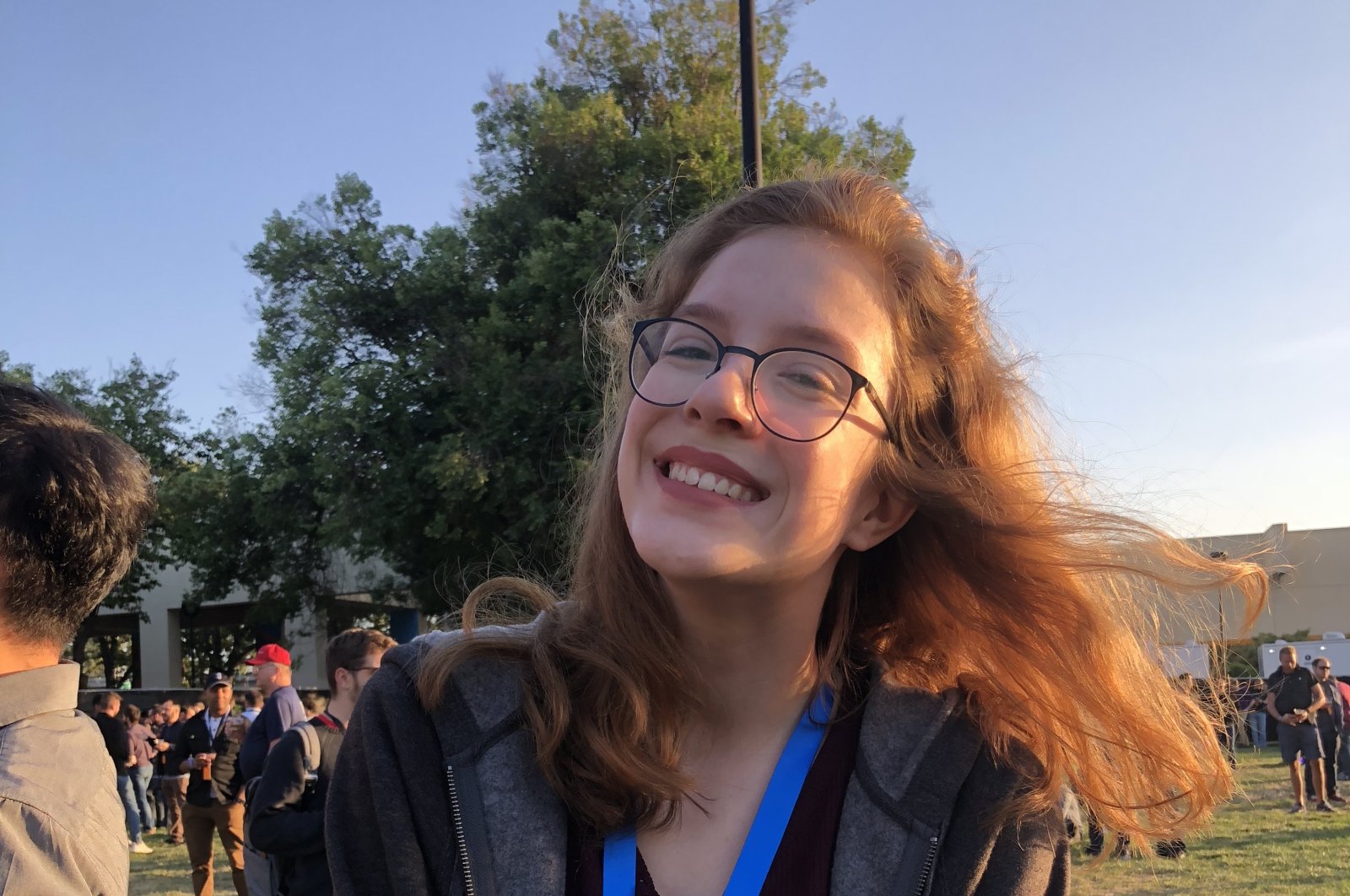 Nadin Tamer is one of the very few students who managed to become a student at the Stanford University Computer Science Department.
by Timur Sırt May 15, 2020 5:16 pm
RECOMMENDED

Nadin Tamer, who became interested in coding when she was a seventh-grade student, believes that her participation in Apple's Worldwide Developers Conference (WWDC), annually held by Apple Inc. in San Jose, California, had an important impact on her admission to the Stanford University Computer Science Department, one of the world's leading teaching and research institutions.

Tamer is one of the very few students who were accepted in the Stanford University Computer Science Department. She has shared the details of her efforts that led to the admission in the ivy league school on her blog to inspire other students.

Nadin found herself among students that Apple invited at the developer conference. “While I was thinking of my WWDC project idea, I knew from the very beginning that I wanted to prepare an education-related project,” she said. “I decided to do a project on this subject, both because I know that Apple attaches great importance to education and because I personally care and have an interest in coding education. I prepared a project that teaches the basic principles of coding over DNA, especially since the interdisciplinary education methods and the common points of the lessons I learned at school attracted my attention,” she said.

Nadin focused on human and computer interaction at Stanford University. Stating that she was interested in educational technologies, she summarized her plans for the future, “although I do not know exactly what I want to do after university, education and especially education technologies still keep my attention. Maybe I can work in this direction, but of course, it is likely to change over the next three to four years,” she said.

Nadin stressed the most remarkable thing from the Apple WWDC experience is the talented people she met, especially the young people. “The people I met at the conference proved what people could do regardless of age and inspired me a lot. Upon returning to Istanbul after WWDC, I continued my coding studies with an even greater determination. Apart from that, WWDC was also my first step into the professional world. For example, I learned what LinkedIn is while I was there,” Nadin added.

Nadin emphasized the contribution of her teammates. “While learning to code, I think my teammates are one of my most important teachers and supporters, at TurkishKit, at school, and elsewhere,” she continued. “Without them, I would never have reached where I am now. Although coding is sometimes thought of as a one-person activity, I personally disagree with it. It is a great privilege to have friends who teach me what they know, help me when I get stuck and raise my spirit when necessary.”

Nadin said that when she went to Stanford, the diversity and flexibility she encountered in choosing courses surprised and pleased her. “Although I study computer science, I have the opportunity to take courses from many other fields. I am even encouraged to do so. For example, in addition to the probability course this semester, I am also taking a course on crime novels,” she said.