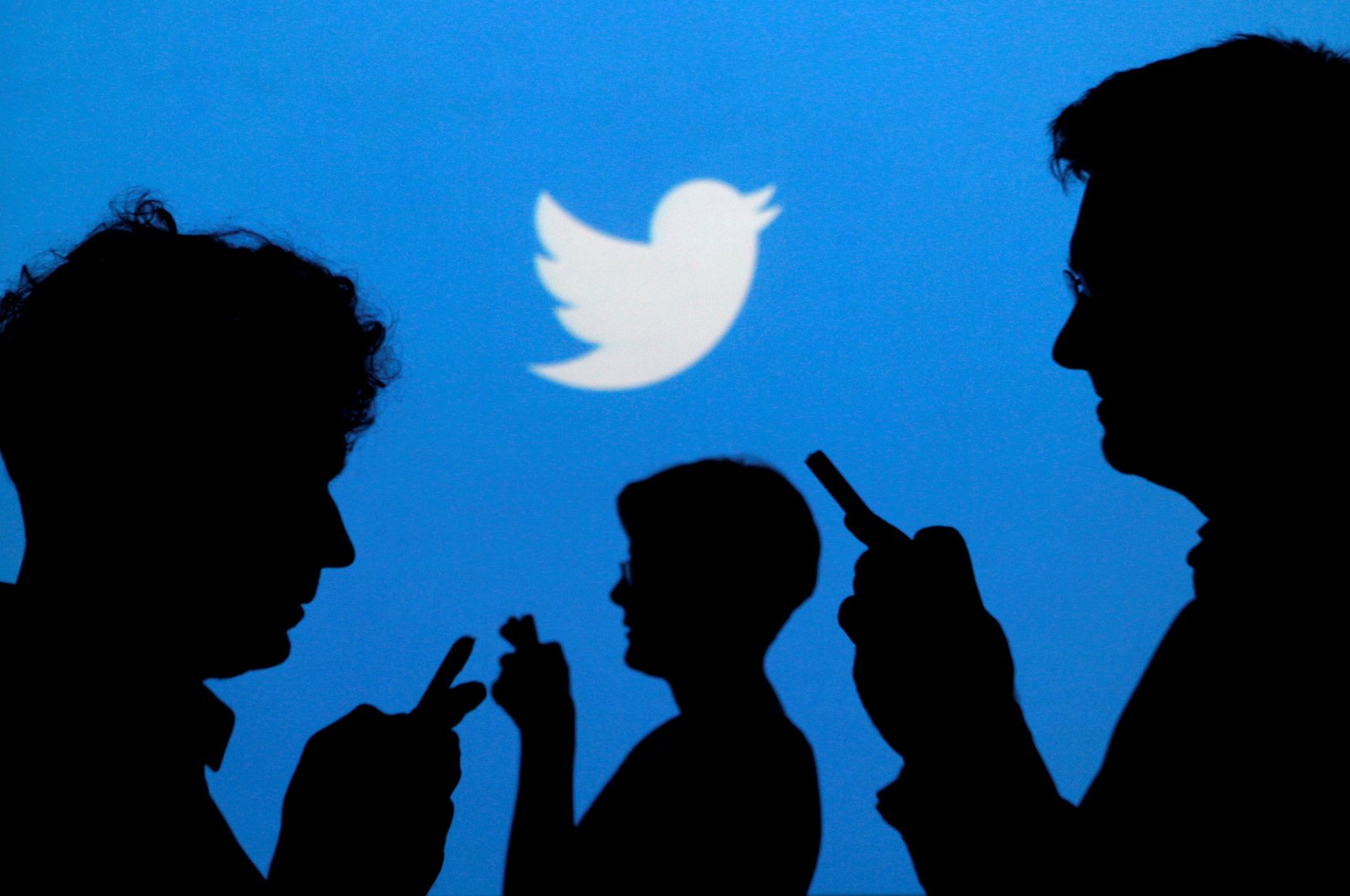 People holding mobile phones are silhouetted against a backdrop projected with the Twitter logo in this illustration picture taken in Warsaw, Poland, Sept. 27, 2013. (Reuters Photo)
by Agencies Jul 16, 2020 11:57 am

“How can one of the world’s most used social media platforms have such weak security,” experts question Twitter’s data security following major hacking spree on Wednesday targeting high-profile accounts, warn breach could have dire consequences

A breach in Twitter’s security that allowed hackers to break into the accounts of leaders and technology moguls is one of the worst attacks in recent years and may shake the trust in a platform politicians and CEOs use to communicate with the public, experts said Thursday.

Hackers used social engineering to target some of Twitter’s employees and then gained access to the high-profile accounts. The attackers sent out tweets from the accounts of the public figures, offering to send $2,000 for every $1,000 sent to an anonymous Bitcoin address.

By evening, 400 bitcoin transfers were made worth a combined $120,000. Half of the victims had funds in U.S. bitcoin exchanges, a quarter in Europe and a quarter in Asia, according to forensics company Elliptic.

Those transfers left a trail that could help investigators identify the perpetrators of the hack. The financial damage may be limited because multiple exchanges blocked payments after their own Twitter accounts were targeted.

The damage to Twitter's reputation may be more serious. Most troubling to some was how long the company took to stop the bad tweets.

"Twitter's response to this hack was astonishing. It's the middle of the day in San Francisco, and it takes them five hours to get a handle on the incident," said Dan Guido, CEO of security company Trail of Bits.

An even worse scenario was that the bitcoin fraud was a distraction from more serious hacking, such as harvesting the direct messages of the account holders.

Twitter said it was not yet certain what the hackers may have done beyond sending the bitcoin messages.

"We’re looking into what other malicious activity they may have conducted or information they may have accessed and will share more here as we have it," the company said.

Cybersecurity experts say such a breach could have dire consequences since the attackers were tweeting from verified, globally influential accounts with millions of followers.

“If you receive a tweet from a verified account, belonging to a well-known and therefore trusted person, you can no longer assume it’s really from them,” said Michael Gazeley, managing director of cybersecurity firm Network Box.

Reacting to the breach, Twitter swiftly deleted the tweets and locked down the accounts to investigate. In the process, it prevented verified users from sending out tweets for several hours.

The company said Wednesday's hack came after employees with access to its internal systems were compromised by hackers who then "used this access to take control of many highly-visible (including verified) accounts and Tweet on their behalf."

Many celebrities, politicians and business leaders often use Twitter as a public platform to make statements. U.S. President Donald Trump, for example, regularly uses Twitter to post about national and geopolitical matters, and his account is closely followed by media, analysts and governments around the world.

Twitter faces an uphill battle in regaining people’s confidence, Gazeley said. For a start, it needs to figure out exactly how the accounts were hacked and show the vulnerabilities have been fixed, he said.

“If key employees at Twitter were tricked, that’s actually a serious cybersecurity problem in itself,” he said. “How can one of the world’s most used social media platforms have such weak security, from a human perspective?”

Rachel Tobac, CEO of Socialproof Security, said that the breach appeared to be largely financially motivated, but such an attack could cause more serious consequences.

“Can you imagine if they had taken over a world leader’s account, and tweeted out a threat of violence to another country’s leader?” asked Tobac, a social engineering hacker who specializes in providing training for companies to protect themselves from such breaches.

Social engineering attacks typically target human weaknesses to exploit networks and online platforms. Companies can guard themselves against such attacks by beefing up multi-factor authentication, where users have to present multiple pieces of evidence as authentication before being allowed to log into a system, Tobac said.

Such a process could include having a physical token that an employee must have with them, on top of a password, before they can log into a corporate or other private systems. Other methods include installing technical tools to monitor for suspicious insider activities and reducing the number of people who have access to an administrative panel, Tobac said.

U.S. Sen. Josh Hawley called on Twitter to cooperate with authorities including the Department of Justice and the FBI to secure the site.

“I am concerned that this event may represent not merely a coordinated set of separate hacking incidents but rather a successful attack on the security of Twitter itself,” he said.

He added that millions of users relied on Twitter not just to send tweets but also to communicate privately via direct messaging.

“A successful attack on your system’s servers represents a threat to all of your users’ privacy and data security,” said Hawley.

Wednesday's hack was the worst to date. Several users with two-factor authentication, a security procedure that helps prevent break-in attempts, said they were powerless to stop it.

"If the hackers do have access to the backend of Twitter, or direct database access, there is nothing potentially stopping them from pilfering data in addition to using this tweet-scam as a distraction," said Michael Borohovski, director of software engineering at security company Synopsys.