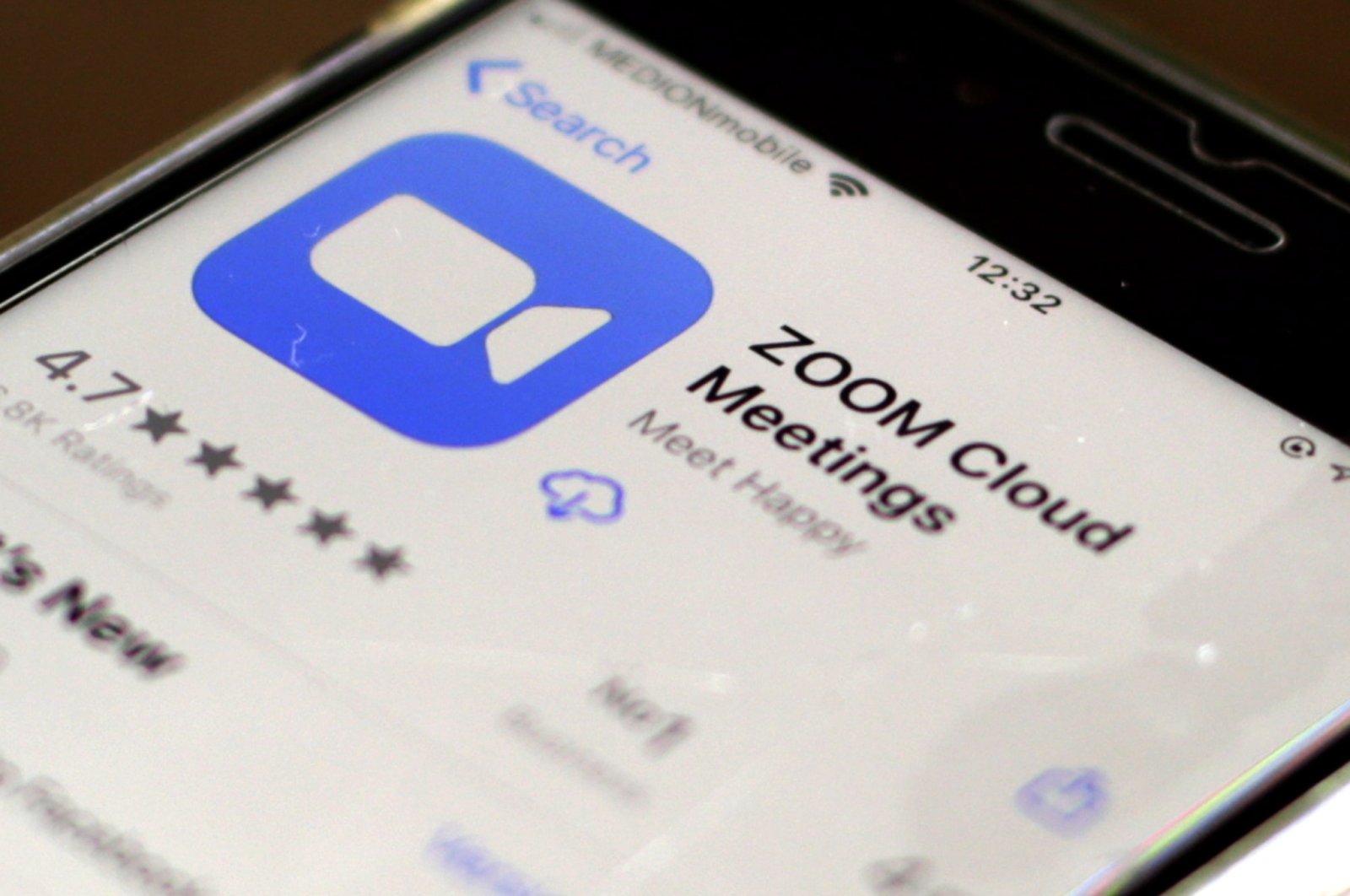 The icon of the videoconferencing app Zoom is displayed on an iPhone in Oestrich-Winkel, Germany, 01 April 2020. (EPA Photo)
by French Press Agency - AFP Apr 01, 2020 6:51 pm
RECOMMENDED

New York Attorney General Letitia James sent a letter to the in-vogue California enterprise "with a number of questions to ensure the company is taking appropriate steps to ensure users' privacy and security," a spokesman said.

He refused to give further information on the contents but added Tuesday that James's office was "trying to work with the company" to resolve any problems.

The investigation comes after the FBI's Boston office warned on Monday that it had "received multiple reports of conferences being disrupted by pornographic and/or hate images and threatening language."

The FBI listed two examples where hackers had "Zoom-bombed" schools which have closed because of the deadly virus and which are now teaching classes online.

A Massachusetts high school reported that an unidentified individual dialed into the virtual classroom and yelled a profanity at the teacher before shouting the teacher's home address.

Another school in the same state reported the appearance of an unknown person with swastika tattoos.

Using the hashtag "zoombombed," social media users have testified that they suddenly saw pornographic or racist images on their screens while using the app.

"During the COVID-19 pandemic, we are working around-the-clock to ensure that hospitals, universities, schools, and other businesses across the world can stay connected and operational," a spokesperson told AFP.

"We appreciate the New York Attorney General's engagement on these issues and are happy to provide her with the requested information."

Zoom saw U.S. downloads surge by 252 percent to 4.2 million during the week of March 16 – when strict stay-at-home measures began being rolled out across America – compared to the previous week, according to research firm Sensor Tower.

They increased by another 66% the following week to reach seven million downloads.

The app has seen similar growth in Europe, with downloads hitting 6.5 million at the end of March, according to Sensor Tower.