US to investigate nations with digital services tax, including Turkey 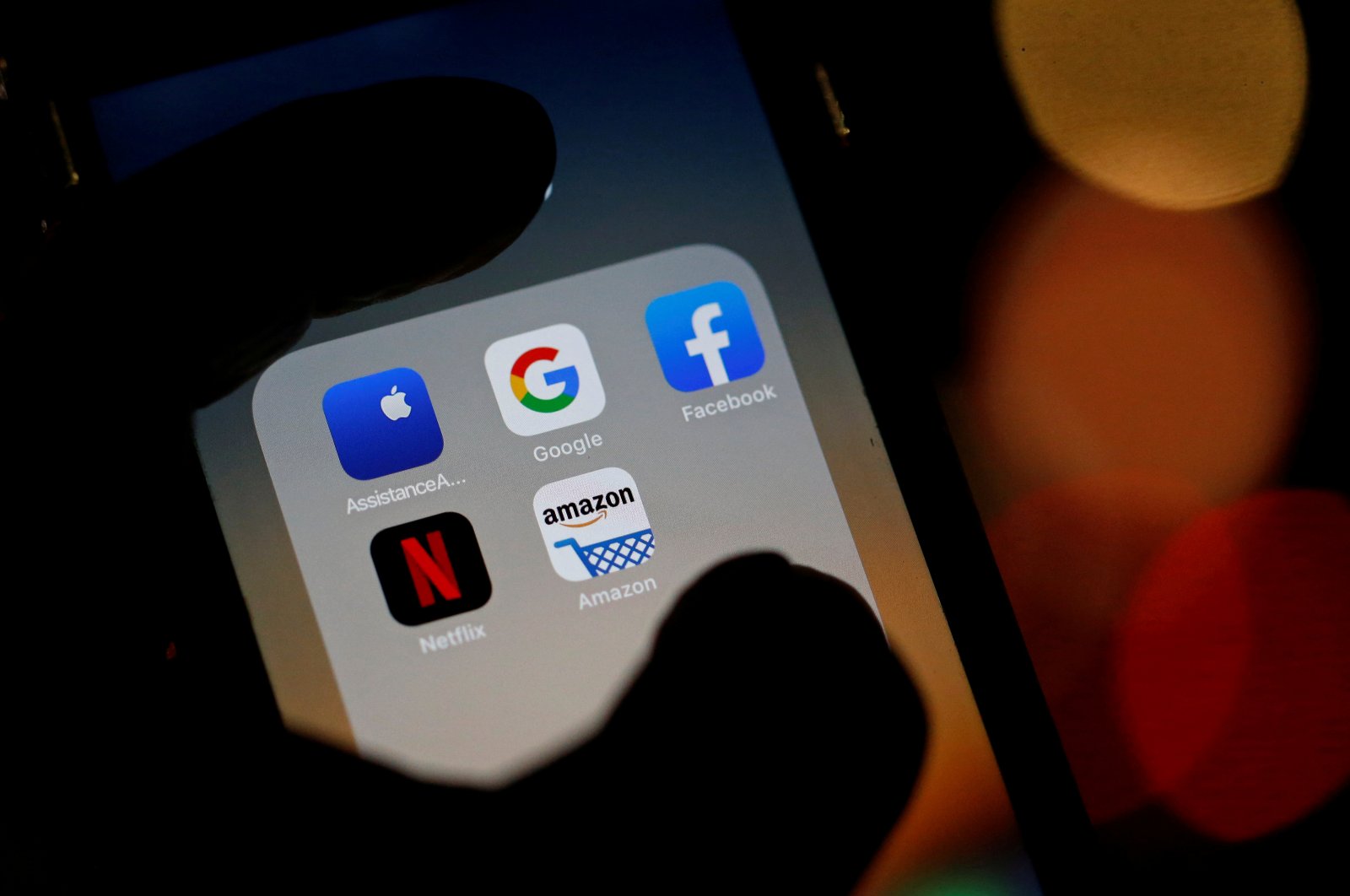 The logos of mobile apps Google, Amazon, Facebook, Apple and Netflix are displayed on a screen in this illustration picture taken Dec. 3, 2019. (Reuters Photo)
by Daily Sabah with Wires Jun 03, 2020 1:34 pm
RECOMMENDED

The United States is investigating digital services taxes being adopted or considered by Britain, Italy, Brazil, Turkey and other countries, the U.S. Trade Representative’s office said Tuesday, a move that could lead to new punitive tariffs and heighten trade tensions.

Such taxes are seen by several countries as a way to raise revenue from the local operations of companies including Google, Apple, Facebook, Amazon and Netflix.

Following a similar trade investigation against France last year, the Office of the United States Trade Representative (USTR) is now looking into taxes in Britain and the European Union, as well as Indonesia, Turkey and India.

“President (Donald) Trump is concerned that many of our trading partners are adopting tax schemes designed to unfairly target our companies,” U.S. Trade Representative Robert Lighthizer said in a statement. “We are prepared to take all appropriate action to defend our businesses and workers against any such discrimination.”

In a Federal Register notice, the USTR said the probe would cover digital services taxes adopted or under consideration by Austria, Brazil, the Czech Republic, the European Union, India, Indonesia, Italy, Spain, Turkey and Britain. The trade agency said it has requested consultations with these governments.

The announcement came after the U.S. Commerce Department said it would investigate whether imports of the metal vanadium violate national security, a sign that the Trump administration is actively pursuing new trade barriers despite the coronavirus pandemic.

Trump based his nearly two-year trade war with China on a probe into Beijing’s intellectual property and technology transfer practices under Section 301 of the U.S. Trade Act of 1974, which authorizes action, including tariffs, to end foreign government practices that curb U.S. commerce.

Broad negotiations through the Organisation for Economic Cooperation and Development (OECD) to set a global standard for digital taxes have proven elusive, and the coronavirus pandemic has slowed them down.

The U.S. and France have agreed to negotiate till the end of the year over a digital services tax Paris approved in 2019, after the USTR found them to be discriminating and threatened retaliatory duties of up to 100% on French imports such as champagne and camembert cheese.

France agreed in January to delay the implementation of the tax until December, saying they would try to reach a deal through the OECD.

The regulation saw a 7.5% tax on digital advertising and content. The tax includes all manners of online advertisements and services that allow any digital content to be listened to, watched or downloaded.

Spain’s plans to tax tech companies’ revenues do not discriminate against any country, a government source told Reuters.

The Internet Association industry trade group said the probe was needed since a growing number of countries had proposed or enacted digital taxes despite the OECD negotiations.

“The U.S. must continue sending a strong message to trading partners that targeted discriminatory taxes against U.S. firms are not an appropriate solution,” said the group’s trade policy director, Jordan Haas.

The USTR said the probe would look at whether the taxes discriminate against U.S. companies, are unfairly retroactive and “possibly unreasonable” in that they diverge from international norms.